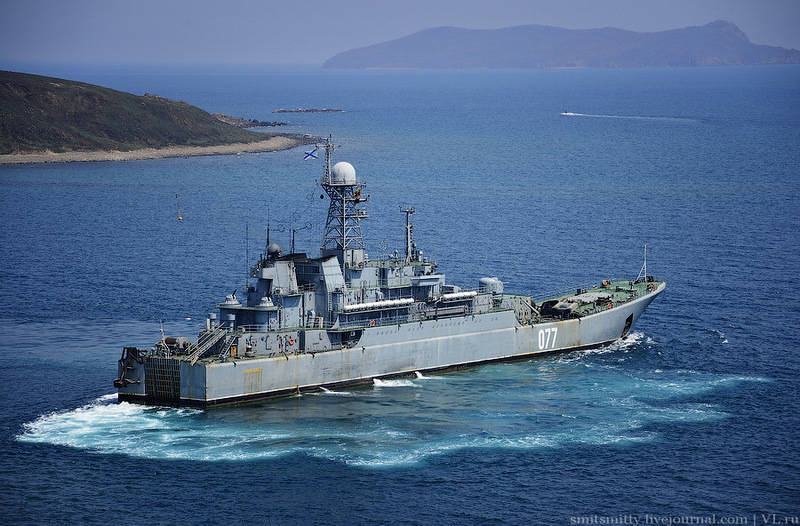 The reconnaissance and sabotage group of the Marine Corps. Scouts on controlled parachute systems "Crossbow" down from a three-kilometer height. 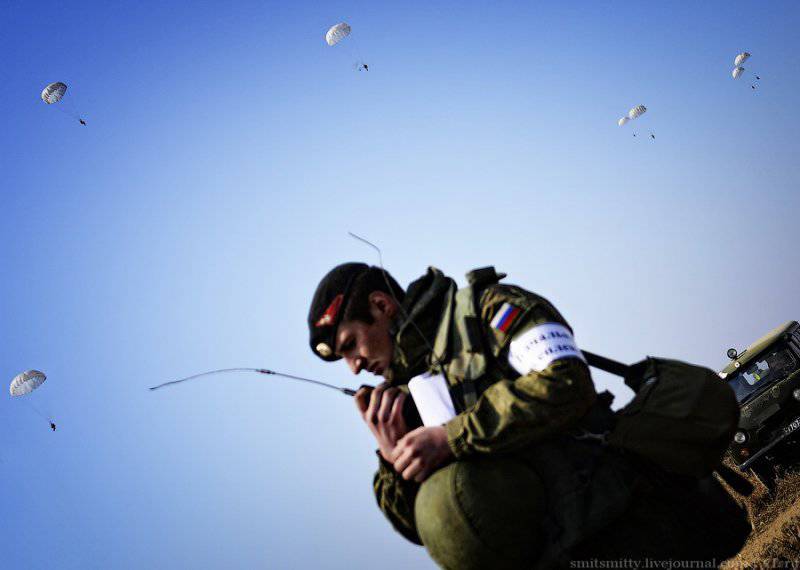 Having reported to the command of the main landing forces, they prepared a platform for the landing of an air tactical landing of the advancing battalion of marines. 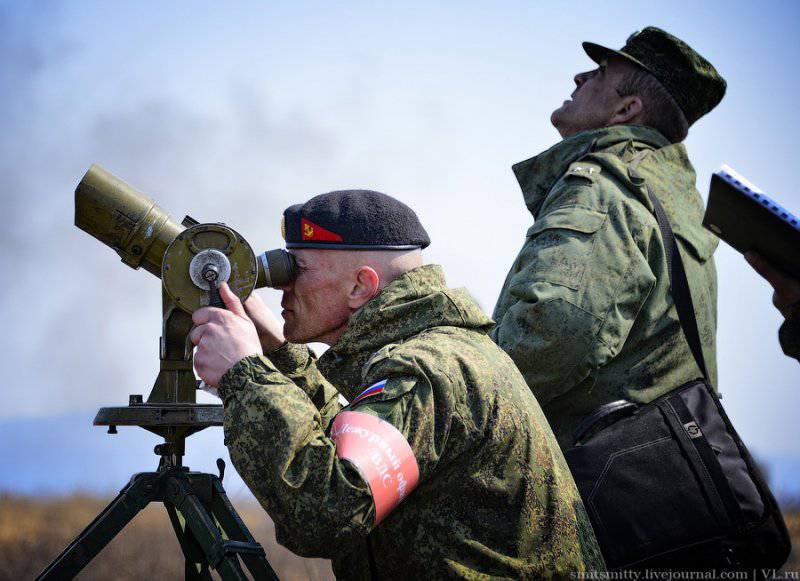 Keeping in touch with maritime aircraft aviation An-26 with paratroopers on board, corrected their flight and guided the crew to the landing site. 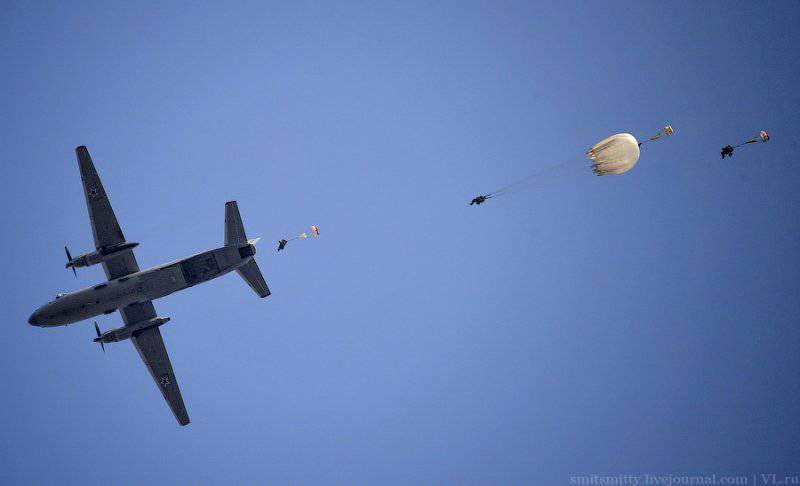 When AN-26 lay down on the combat course, signal lights were lit at the landing site, marking themselves and showing the strength and direction of the wind. 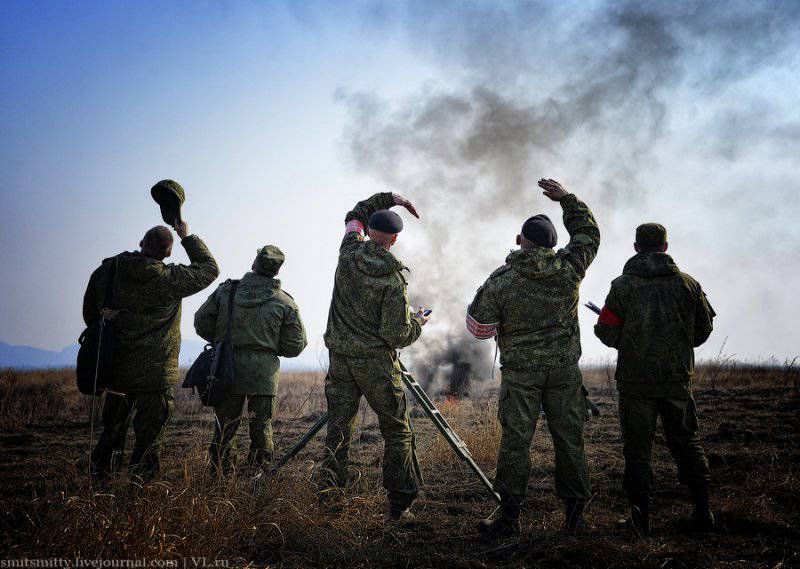 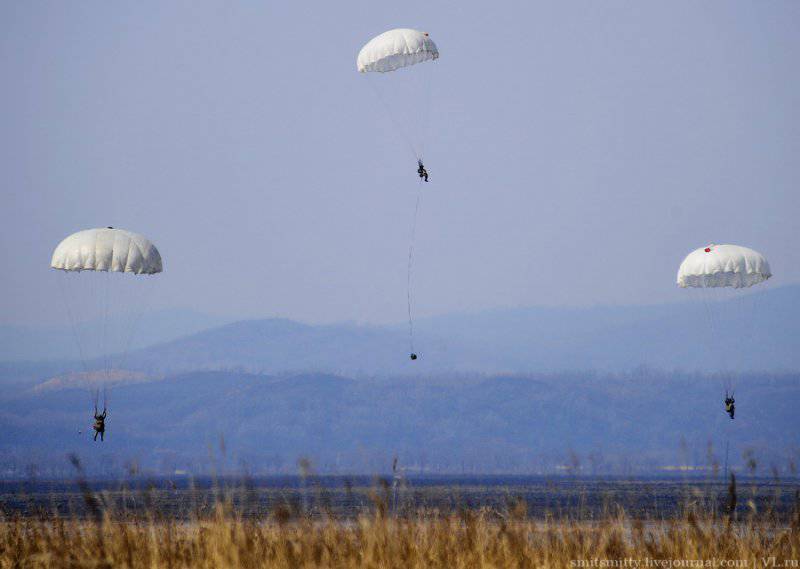 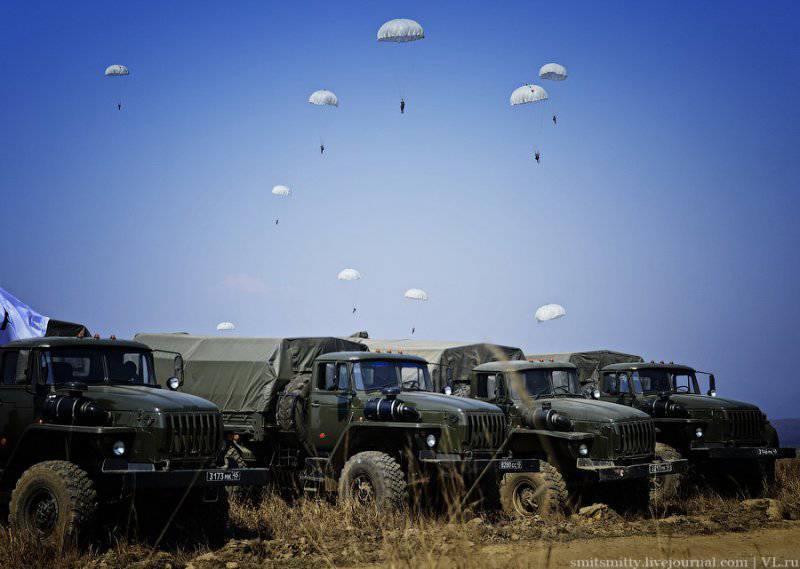 Having landed, the paratroopers, firing with combat "deuces", hurried to the gathering place and occupied the defense, thus organizing the first strong point of the attacking forces in the rear of the defensive "enemy". 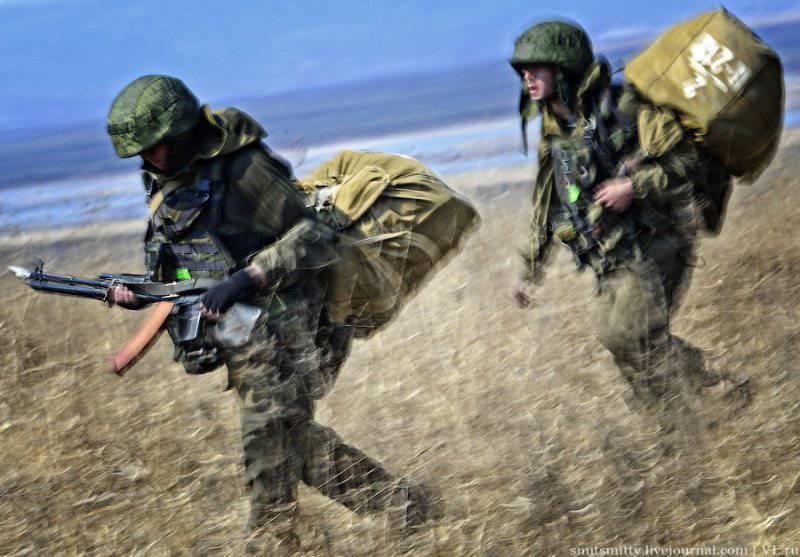 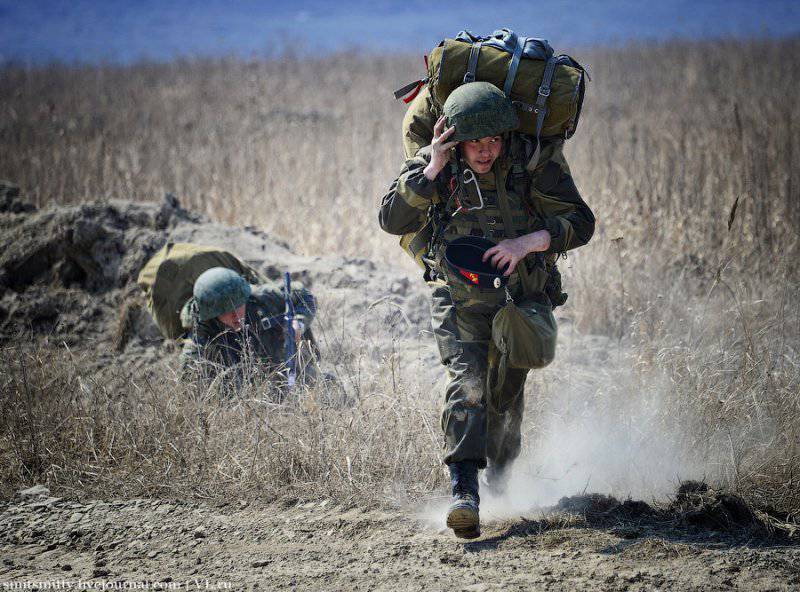 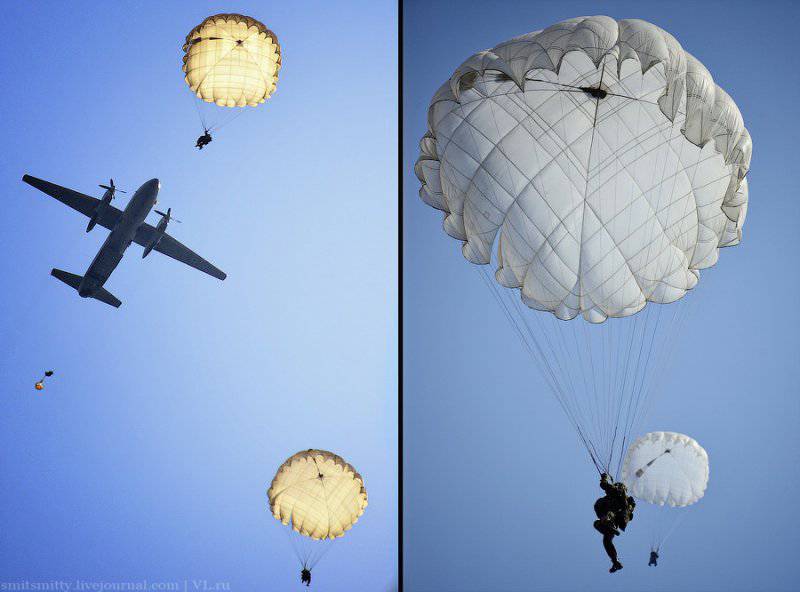 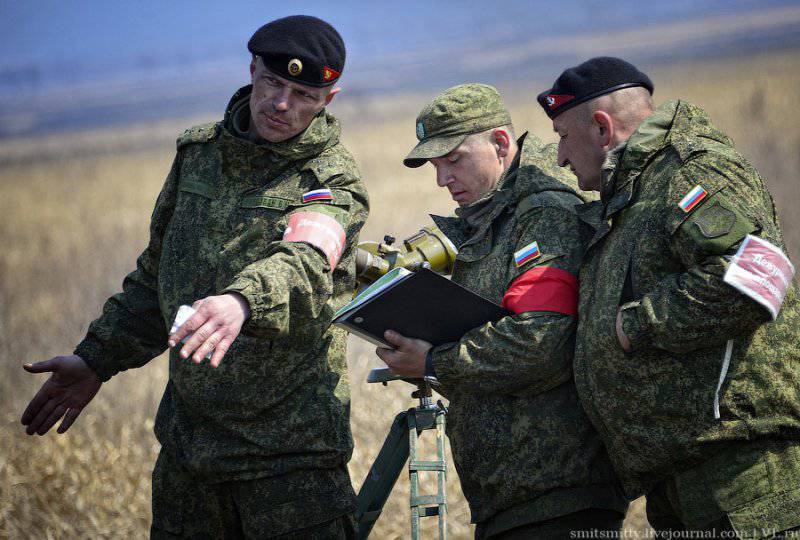 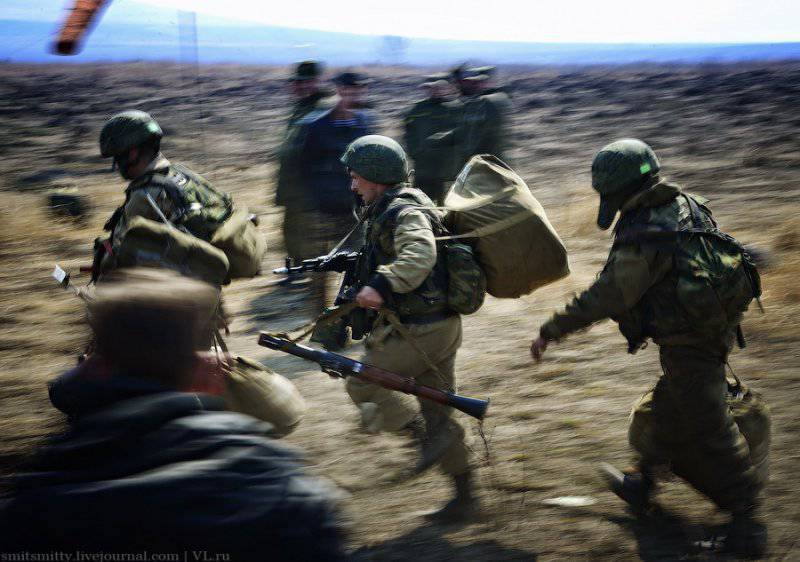 The landing of naval tactical assault on unequipped coast. 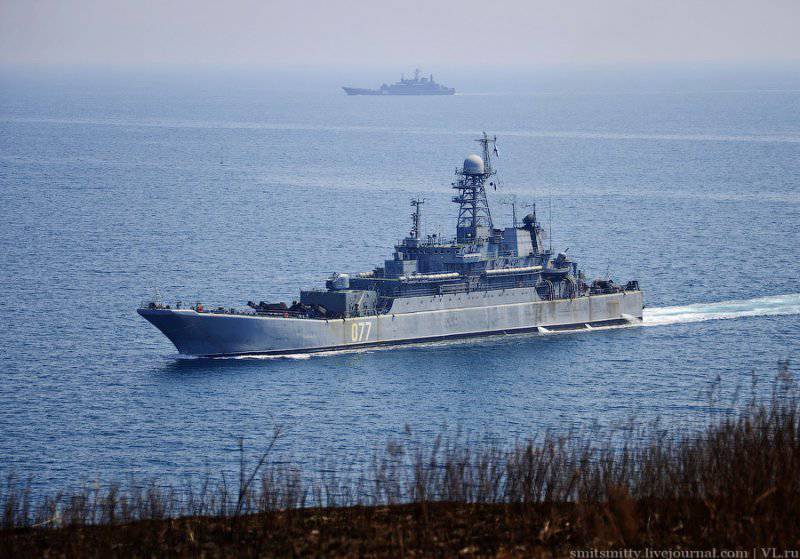 Only about a dozen ships. Groups of rocket ships and base minesweepers launched rocket and artillery strikes along the coast of the conditional enemy. The ships for the protection of the water area destroyed the minefields with the wiring behind the trawls of the troop unit. 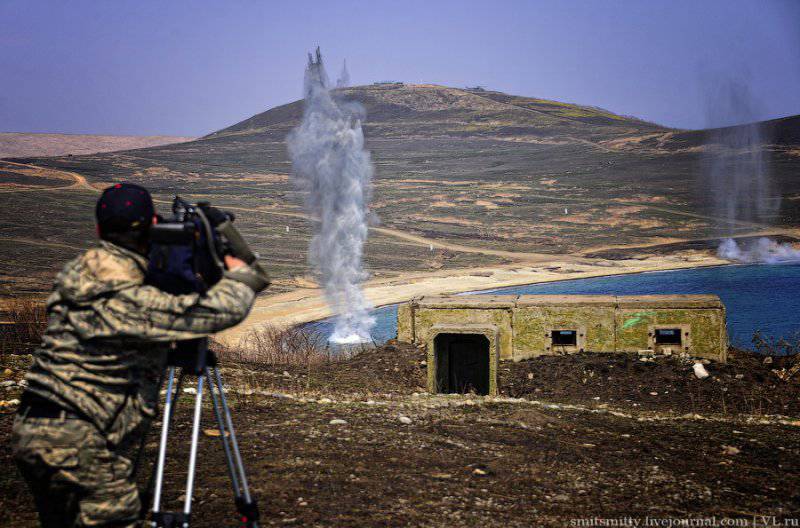 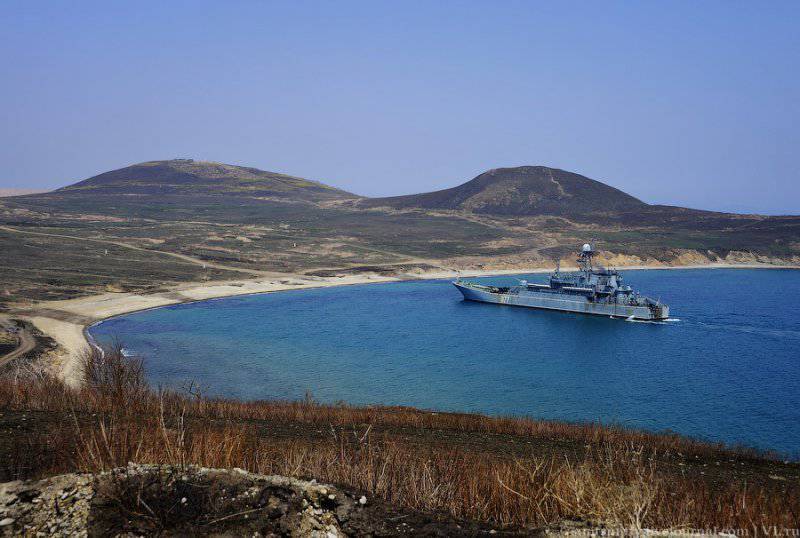 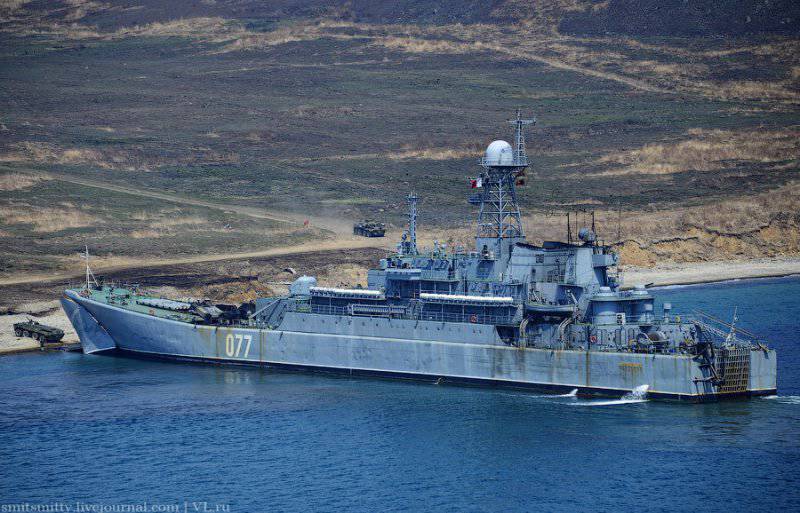 And BDK "Admiral Nevelskoy" landed one of the mouths on the "float" to plant a defensive enemy, thereby violating the enemy's antiamphibious defense scheme. 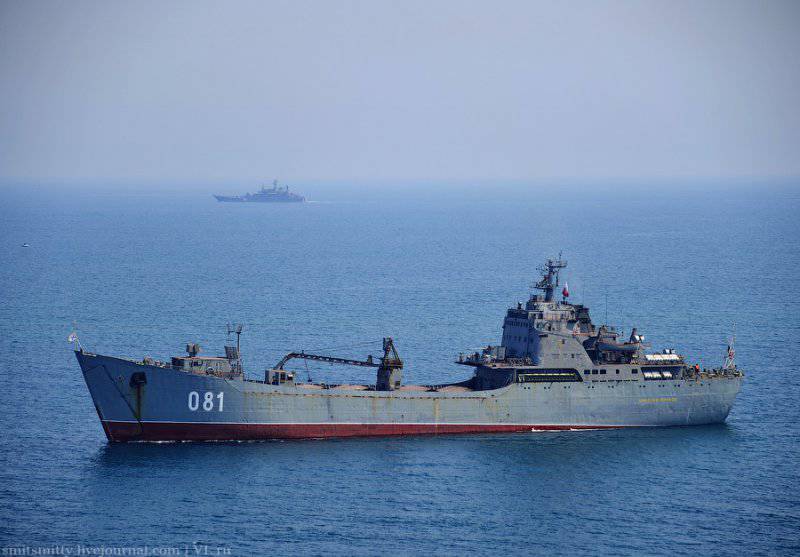 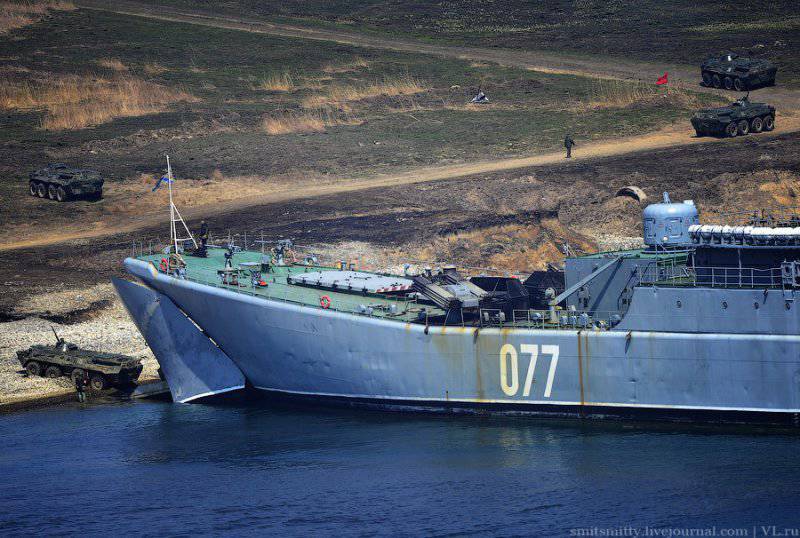 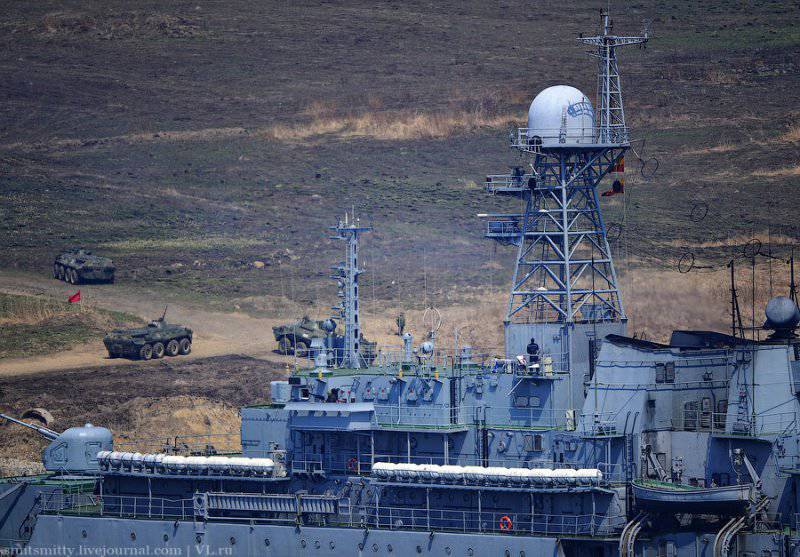 The battle took on an offensive character. 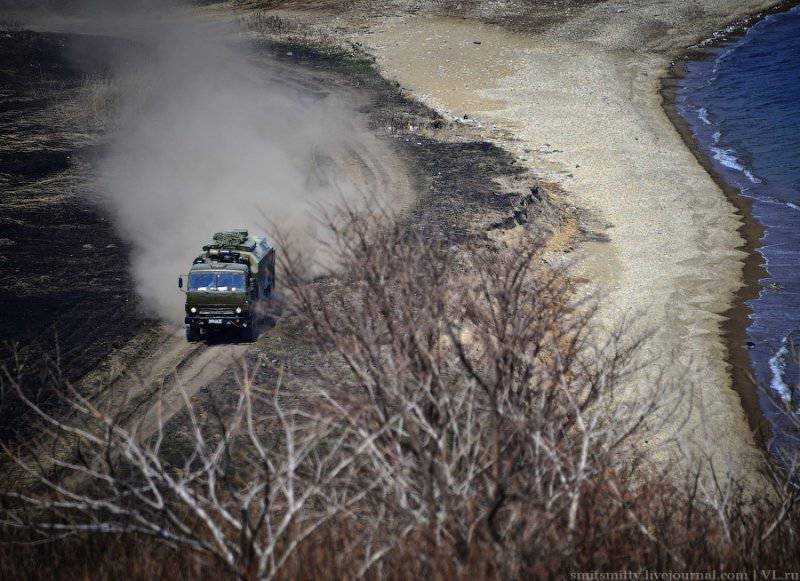 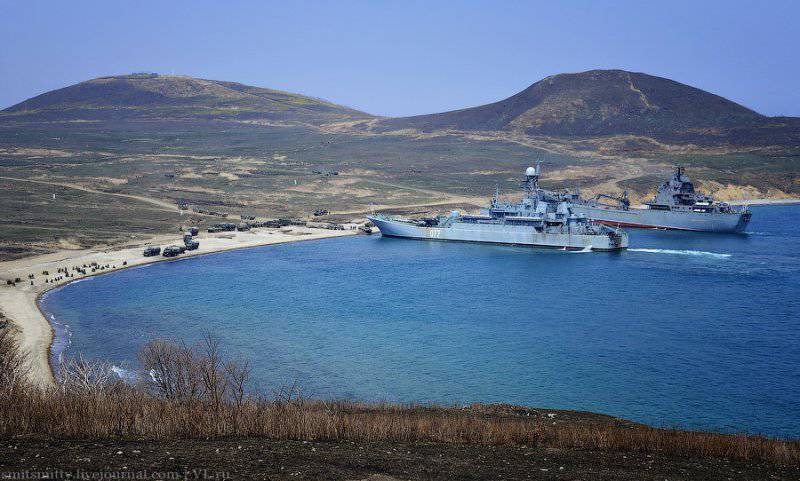 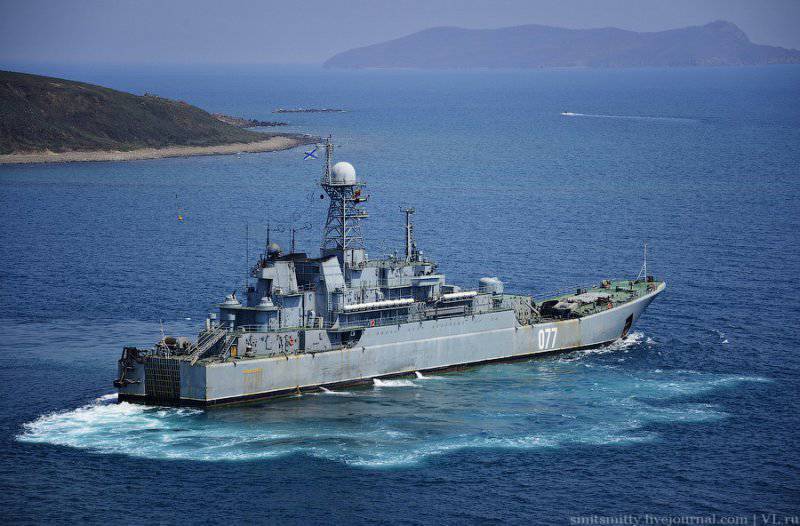 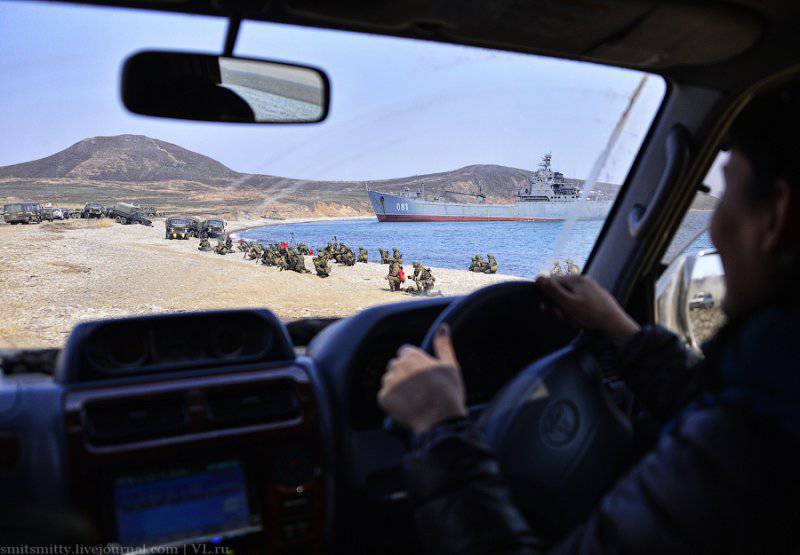 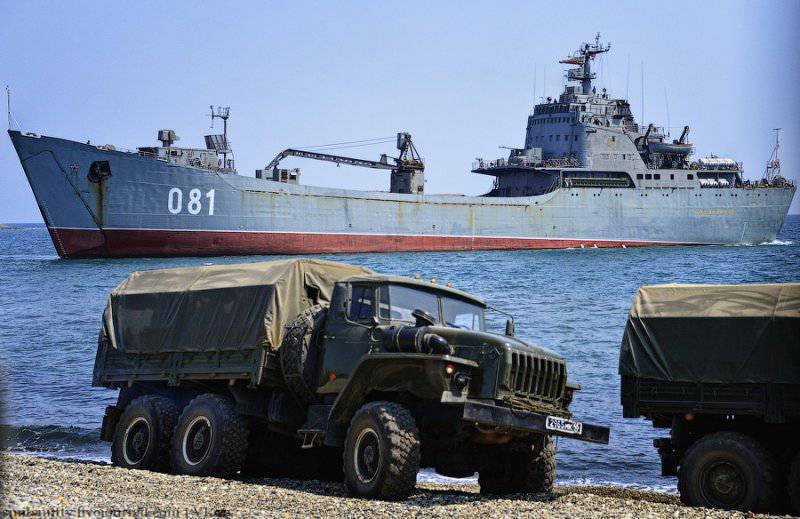 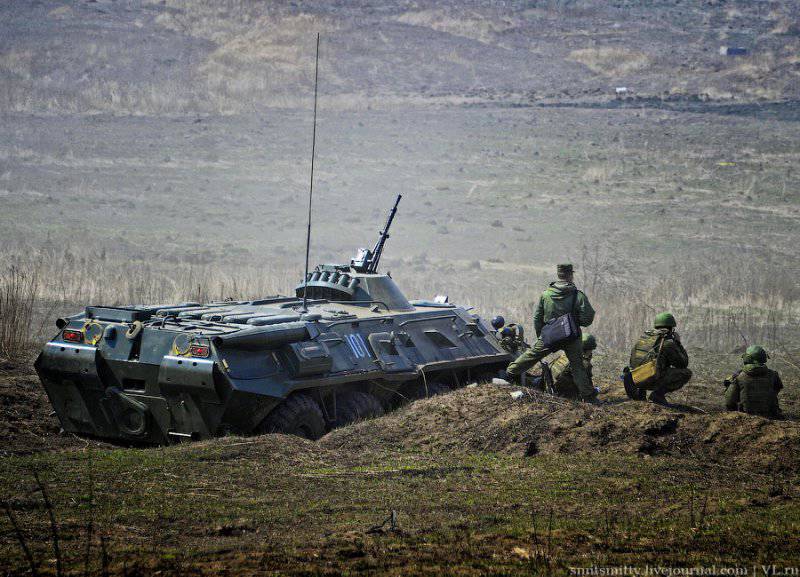 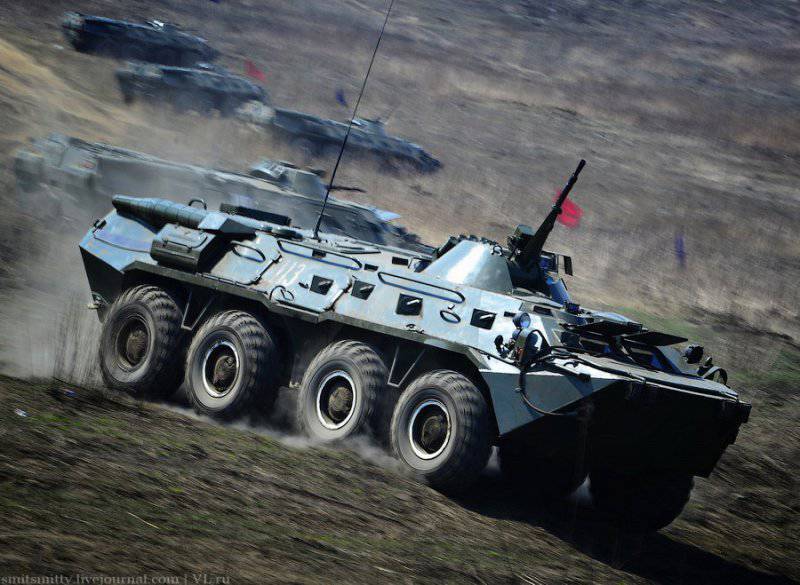 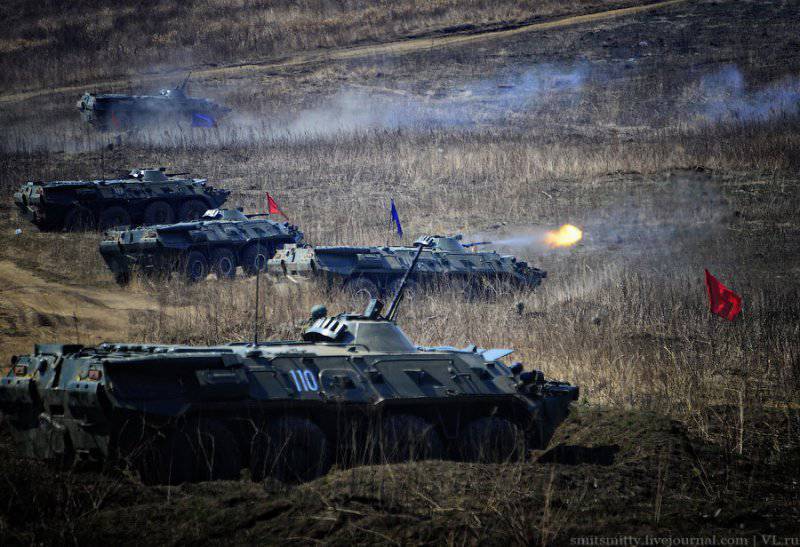 Gunners in a hurry to adjust artillery 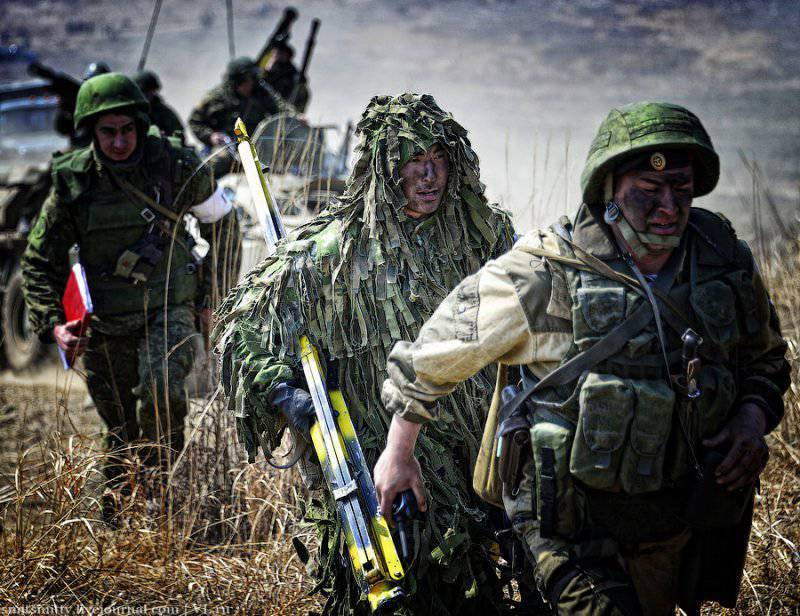 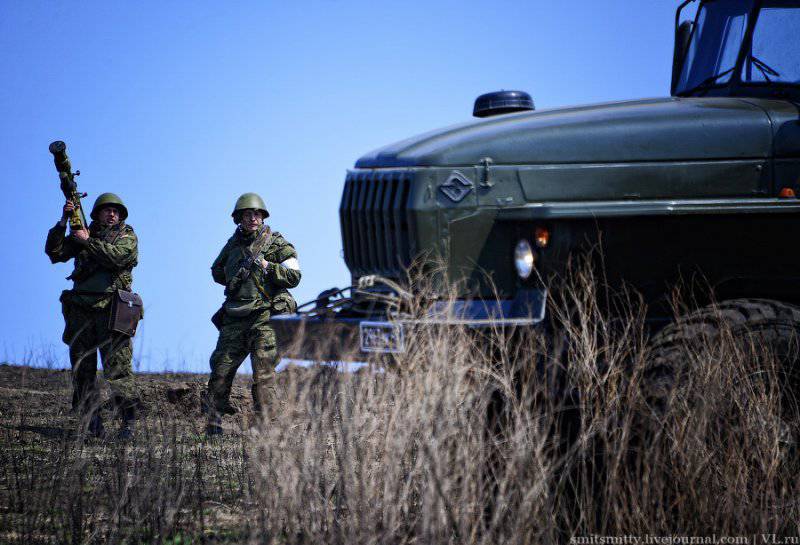 Along with the landing of naval and airborne assault forces on an unequipped coast and the conduct of combat on a bridgehead in offensive and defensive exercises, special attention was paid to the coherence of actions of Pacific Fleet marines to neutralize terrorist groups. 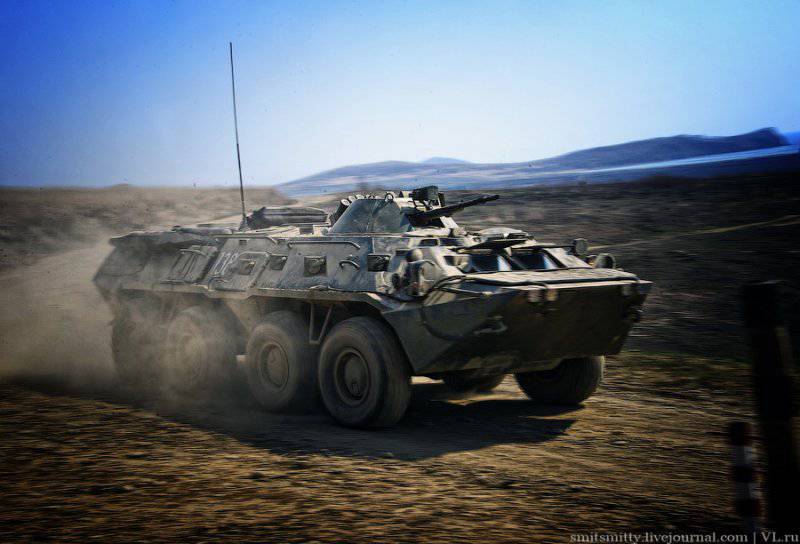 The exercise, which was conducted in the Pacific Fleet for three days, attracted about a thousand military personnel, involved more than 60 units of military and special equipment, about 15 warships and support vessels and about 10 units of aviation equipment.