Ukraine is heading for Egypt. Only she does not have her own army to stop the chaos 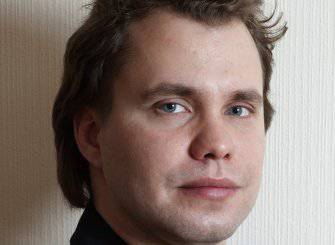 When events in Ukraine were just beginning, the analogies with the “Arab spring” seemed far-fetched. But then Maidan actually turned into a synonym for Tahrir. Aggressively-controlled Facebook majority, Western money and technology influence, the absence of any positive program, fragmented opposition, which combines only hatred of the disgusted leader, finally, the overthrow of the legitimately elected president and total confusion, which resulted in some characters come to power puppet theater.


In the Egyptian case, it was the ex-director of the IAEA, Mohammed Baradei, who was popularly called the “sly mouse”. He built himself a revolutionary platform, was one hundred percent Washington's creature, and assured everyone that "the achievements of the February revolution will remain for centuries." As the American magazine National Review wrote then, “such naive idealists can overthrow autocrats, but are not able to retain power. Most of them receive a bullet in the back of the head within a few hours after the establishment of the new regime. ” The baradeas didn’t get a bullet in the back of the head, but at that moment, when the radical Islamists got power in Cairo, it became a mockery.

In Ukraine, the role of Baradea is played by a couple of political clowns from the retinue of Yulia Tymoshenko: Baptist preacher Oleksandr Turchynov and Arseny Rabbit (see the nickname Baradei) Yatsenyuk. However, they, of course, will not keep the power: after all, the fruits of the revolution are usually obtained by more assertive and strong-willed politicians. And this, as we already see, is not at all the “prisoner of conscience” of Tymoshenko.

The development of the Egyptian drama, as we remember, led to the fact that the Muslim Brotherhood came to the fore - an organization that had long recognized the United States as terrorist and suddenly in an instant it turned into a “secular, moderate movement that pursues exclusively social and educational goals. " At least, in the 2012 year, James Clapper, the director of national intelligence of the USA, characterized the "brothers".

There were no cardinal changes in the country, and Tahrir did not let up, actually becoming an independent player on the political scene of Egypt. Only instead of “Facebook public”, steep Islamist guys began to enter the square. And although at first the Muslim Brotherhood promised not to nominate their presidential candidate, then, “at the urgent request of the people”, the oath was broken. The Islamists won a triumphant election victory and began to change the constitution, trying to make the principles of Sharia the main source of law in Egypt.

The most annoying thing is that in Ukraine the Egyptian scenario is repeated to the smallest detail. Maidan is not appeasing, there is a change of scenery: only radical nationalists actually remained on the square (only in contrast to the conservative "peasant" majority who supported the Muslim Brotherhood, they are mostly lumpens - that is, the stratum that was the main social base Nazis in Germany). And the basis of their ideology is not religious extremism, but aggressive nationalism. Now he is against the Russian civilization, which makes it possible for individual Jewish oligarch-governors to relax and even hang billboards about 10 thousand bucks for Moskal in Dnepropetrovsk, but choosing the next target for hate is a matter of five minutes. When Boris Filatov, the deputy of the Beni of Kolomoisky, says: “we will give any promises to the scum, we will make any concessions, and we will hang them later” - he somehow lets out that this formula will easily be applied to him and his patron.

Now, against the background of the civil war that began in the country, the scenario in which the Nazis will win the “legitimate” elections organized by the American puppets in Kiev becomes more and more likely. But unlike the Egyptian Muslim Brotherhood, they may well remain in power in the western part of Ukraine (South-East, in this situation, will quickly emerge from the subordination of the central government). In Egypt, there is a strong army, which a year later threw off the ambitious government of religious radicals, in Ukraine there is no army: the military is not able to suppress an uprising in the eastern regions and is unlikely to be able to dictate its conditions to extremists in Kiev.

Ctrl Enter
Noticed oshЫbku Highlight text and press. Ctrl + Enter
We are
On the other side of the “red” and “white”. Izborsk Club ReportRussian "nationalism" in persons - statements of some famous people of Russia in the XVII-XX centuries
Military Reviewin Yandex News
Military Reviewin Google News
9 comments
Information
Dear reader, to leave comments on the publication, you must sign in.