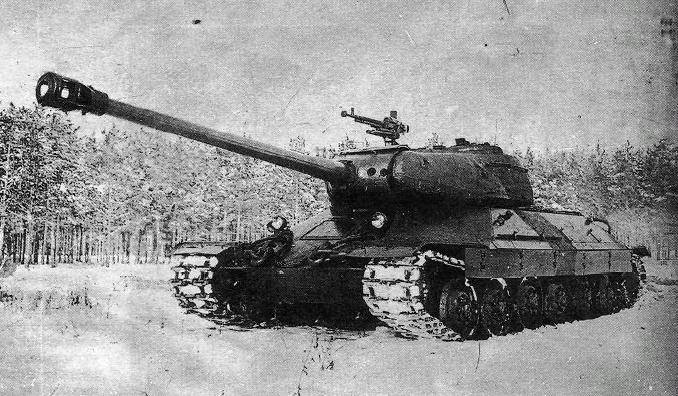 Heavy project tank IS-6 (object 252, 253) was developed at the pilot plant No. 100 in Chelyabinsk in the first half of 1944. The main feature of this combat vehicle was the use of an electromechanical transmission on it.


In accordance with the decision of the State Defense Committee, the order of the People's Commissar of the tank industry from 8 June 1944, Uralmashzavod, together with the plant No. 100, was entrusted with the production of drawings and the production of prototypes of the heavy tank EC-6. The main design work has already been completed by the plant number 100, a significant part of them fell to the share of the designers of Uralmash, since the production of working drawings was made here.

The production of prototypes was carried out by both plants with the assembly and debugging of tanks at Uralmashzavod. In the autumn of 1944, after factory testing, the IS-6 tank, together with the second set of parts and a spare hull, was sent to Kubinka for comparative testing of new heavy tanks made by tank factories. 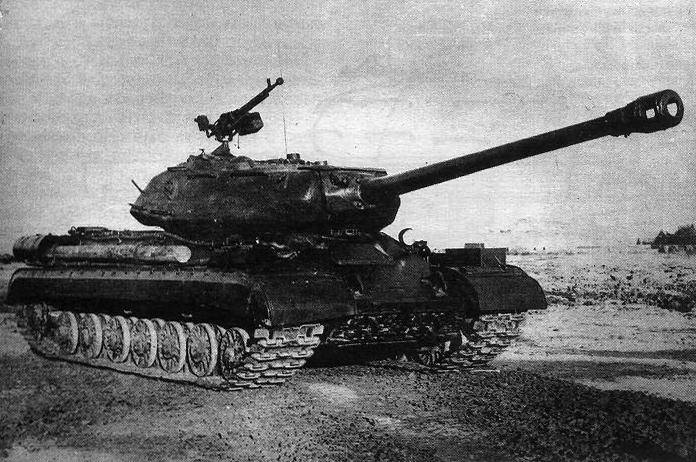 The heavy tank EC-6 had a classic layout with the hull and turret shape close to the tank EC-4. The 122-mm D-30 tank gun was paired with the Goryunov machine gun. The DShK anti-aircraft machine gun was installed on the turret roof on the turret. The ammunition of the tank consisted of 30 shots of separate loading, 1200 cartridges of caliber 7,62 mm and 500 cartridges of caliber 12,7 mm for anti-aircraft machine gun. Scope TBSH - telescopic, tank.

Anti-aircraft machine gun supplied with collimator sight K8-T. At the disposal of the commander, the driver, the gunner and the loader there was one viewing device MK-4. 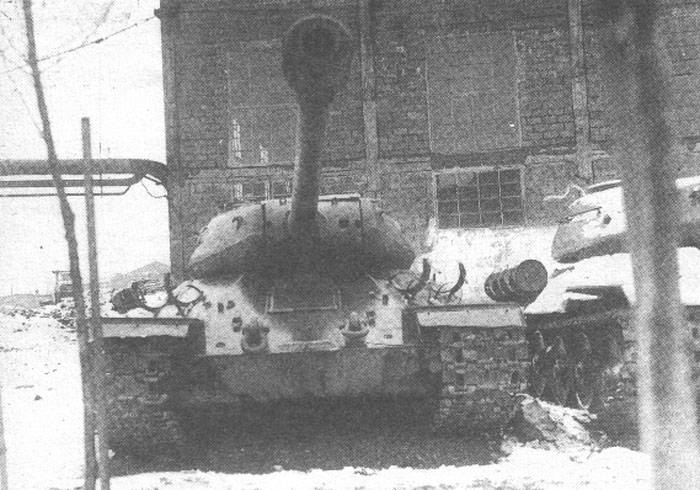 Engine B-12U power 750 l. with. housed in the aft of the tank. The electromechanical transmission included the main generator DK-305А with power 385 kW and weight 1740 kg, installed coaxially with the engine. In the same block with the main generator on a common shaft there was a synchronous generator of a three-phase current SG-1А, designed to power the motors and fans of the cooling system of traction engines and diesel, as well as to drive the sub-battery. Two small G-73 DC generators were mounted on the diesel engine, which fed the excitation circuits of the DC-305A and SG-1A generators.

The traction electric motors DK-302А and DK-302Б of reverse action were connected to the driving wheels of the tank via onboard transmissions. The thrust force was adjusted by changing the excitation of the main generator. The operating current reached 960 A, while driving on the highway it was 490 A, on the ground - 740 A. The voltage in the circuit reached 500 B. 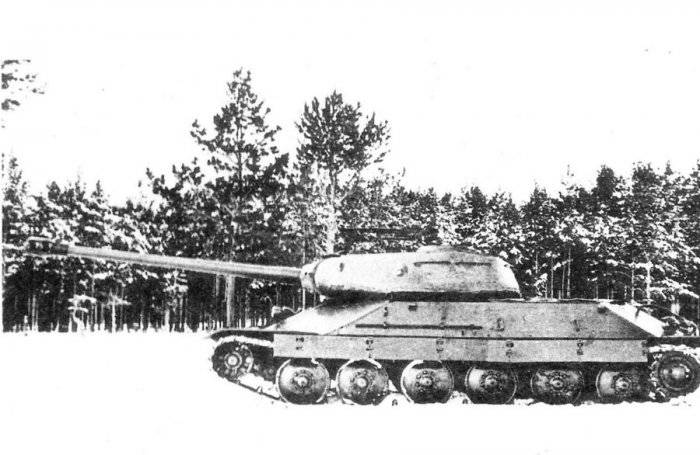 The tank was installed radio 10-P and intercom TPU-4bis F. Another sample of the tank EC-6 (252 object) with a mechanical transmission of the type EC-3 was made. Apparently, for its manufacture used the second set of parts and spare armored hull. In the running gear, large-diameter track rollers were used, and there were no supporting rollers. 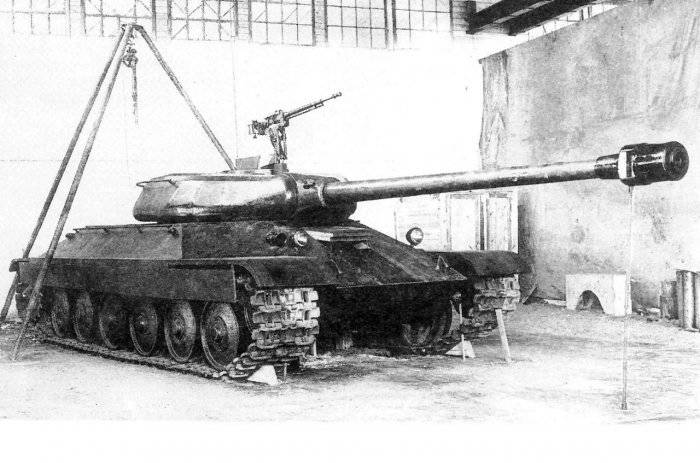 The maximum speed was 43 km / h (the eighth gear in the gearbox was locked). The mass of the tank decreased to 51,5 tons. In terms of firepower, the EC-6 tank did not exceed the EC-2, EC-3 and EC-4 tanks. Its armor protection was better than the EC-2 and EC-3 tanks, but somewhat inferior to the EC-4. The installation of electric transmission facilitated the management of the tank and was supposed to contribute to the improvement of its maneuverability. However, this did not happen due to the large mass of the tank itself, and electric transmission, as well as due to the low reliability of the latter. With regard to the version of the tank EC-6 with a mechanical transmission, with the exception of armor protection, he did not have any advantages over other heavy tanks.

Tactical and technical characteristics of the heavy tank EC-6.