Water is the legal cause of just war 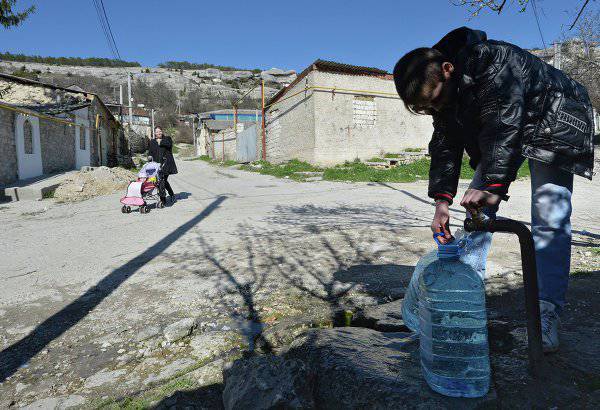 Water is life, and its consumption by our civilization is many times higher than the consumption of other valuable resources, whether it be oil or building materials. Favorite geopolitics in the past years was the discussion of the topic of water resources. And not only geopolitics “by inclination”, but also “ex officio”: for example, Secretary of the Russian Security Council Nikolai Patrushev recently stated that water in the near future could become a strategic resource.

And indeed it is. Former Minister of Natural Resources, well-known economist V. Danilov-Danilyan even calculated that over the past 50 years there have been more than 500 conflicts over water in the world, and 21 of them have been accompanied by weapons... In particular, from 1965 to 1967. There have been four armed conflicts between Syria and Israel over the construction of water intakes in Syria. During artillery and tank people died in duels, a lot of military and civilian equipment, tanks, bulldozers and excavators were destroyed. Water was also one of the main targets of the famous Six Day War: in June 1967, Israel destroyed a water intake facility in Syria, which the Syrians and Jordanians intended to build on the Yarmouk River, a tributary of the Jordan.

But what we were not ready for was that our country would be under the blow of this “water weapon”. Ukrainian officials (specifically, the deputy head of the Presidential Administration of Ukraine, A. Senchenko) ordered to virtually block the flow of Dnieper water to the Crimea through the North-Crimean Canal.

The authorities of Crimea, of course, are trying to resolve the issue by offering to pay even in advance, but Ukrainian officials "turned on the fool", finding new reasons for refusing to even consider the proposed contracts. It is important to note that from the Ukrainian side this is not even inaction: on the Ukrainian territory there are not even pumping stations, the water from the Kakhovka reservoir goes to the Crimea by gravity. Channel blocking measures are actions and actions are malicious. This is the behavior of an evil idiot: no one gets any benefit from such actions, no one needs the saved water in Ukraine. Doesn't the Ukrainian budget need real money, especially now?

What are the consequences of these measures? Of course, before the establishment of the canal in the Crimea, people lived and there was agriculture. But now the population has grown, and agriculture has stepped deep into the steppe areas. The land there, in the Crimea, is golden. But it depends on the watering. Whole agricultural areas will die from manmade drought, primarily water-loving crops such as rice, vegetables, some orchards and vineyards. Water supply will be disrupted in the cities of the east of Crimea - Sudak, Feodosia, Kerch. Most of the Crimean settlements, however, do not depend on the canal: there are many reservoirs in the Crimea and there are some reserves in the Crimean rivers and rivers.

One way or another, the consequences of these actions of ukrochinnikov will be anyway. These are primarily economic consequences: the damage in 5 of billions of rubles is predicted. There will be more lasting effects, because abruptly stop irrigation in some cases is harmful to the soil.

But the main thing is that the health is put at risk, and therefore, to some extent, the life of the citizens of Russia. How, then, should any state act? It should protect the life and health of its citizens by any means, it is not even worth discussing. It is important to note that these actions of A.Senchenko and his accomplices are a crime even according to Ukrainian laws, since people deprived of water are still considered to be Ukrainian citizens. That is, it is a criminal offense, and in the literal sense of the word an act of war. Ukrainian politicians are not intellectual titans at all, but in this case, as they say, “the moronity index goes off scale.”

It is also important to note that this conflict has nothing to do with what is happening now throughout the territory of Ukraine and may also lead to the deployment of Russian peacekeeping troops. There, the conflict, although it already takes lives, is nevertheless political and can drag on for a long time, especially if the junta does withdraw its forces from the insurgent regions. But without water, a person lives only a few days.
For reasons that are not completely understood, the theme of the Crimean water sounds muffled here somehow. But it is time for our politicians to say definitely that depriving people of water is a legitimate reason for a just war, understandable to anyone. If the evil idiots do not open a watercourse, the Russian army must take control of the canal up to Kakhovka.

And it is impossible to draw with such an explanation, because the passage of time does not stop.

Ctrl Enter
Noticed oshЫbku Highlight text and press. Ctrl + Enter
We are
What you didn't want to know about EnglandMilitary reform as an integral part of the security concept of the Russian Federation: Systematic dynamic assessment
Military Reviewin Yandex News
Military Reviewin Google News
229 comments
Information
Dear reader, to leave comments on the publication, you must sign in.