In Donetsk, the Security Service of Ukraine detained Topaz

April 25 2014
202
In Donetsk, members of the Security Service of Ukraine detained a supporter of anti-Maidan, one of the leaders of the south-eastern resistance, Ignat Kramskoy (in another version, Kromskoy), better known by the name of Topaz. According to the preliminary version, Kramsky was detained at the moment when he gave an interview to the TV channel LifeNews. At the moment, the site of the TV channel is not available. 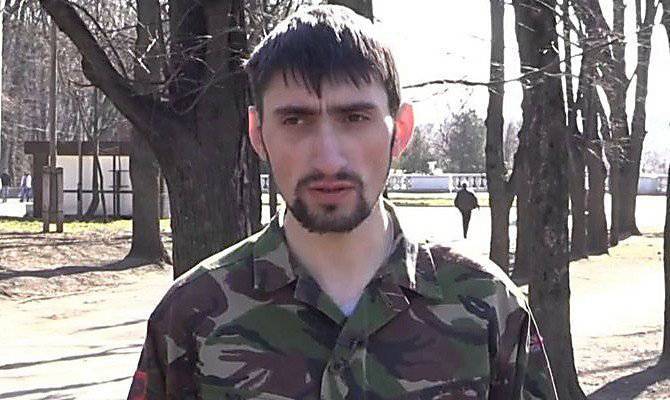 LifeNews journalists Mikhail Pudovkin and Yulia Shustra after the detention of Topaz were first taken to the head office of the Security Service of the Donetsk region, after which they were sent to Russia.

Topaz is known for his performances against the Maidan in Kiev. He is one of those residents of the south-east of Ukraine who distributed, including via the Internet, appeals to the residents of the country's regions not to support the self-proclaimed authorities in Kiev and to resist them as much as possible. Kramskoy at one time was part of the people's self-defense of Kharkov and participated in clashes with militants of the "Right Sector".

Ignat Kramskogo has already been detained by law enforcement agencies of Ukraine. By the decision of the Leninsky district court of Kharkov, he was first taken into custody, and then transferred under house arrest for a term of 2 month, - reports http://joinfo.ua/. Kramskoy was accused of separatism and participation in mass riots. However, Topaz managed to escape, getting rid of the special bracelet. According to personal statements of Topaz, the head of the Ministry of Internal Affairs Avakov was going to transport him to Kiev, where he could well have expected his death.
Ctrl Enter
Noticed oshЫbku Highlight text and press. Ctrl + Enter
We are
Results of anti-terrorist work on Dagestan in April 2014Don't pass by
Military Reviewin Yandex News
Military Reviewin Google News
202 comments
Information
Dear reader, to leave comments on the publication, you must sign in.