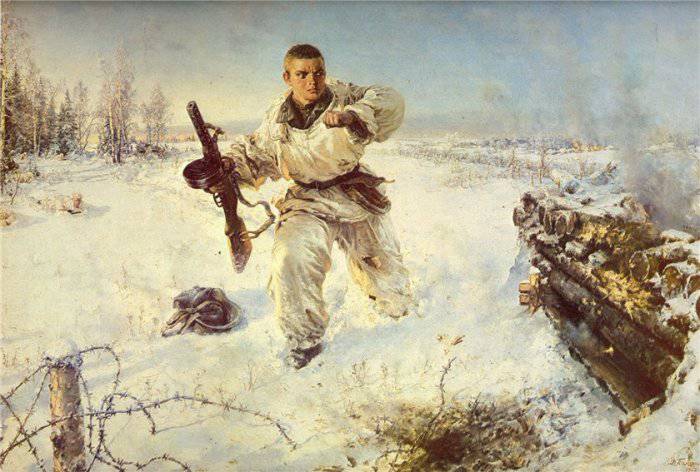 The feat of Alexander Matrosov became one of the symbols of heroism and entered into history Great Patriotic War. But now the data about the feat are presented in a distorted version. Everyone who considers himself a professional in military affairs is trying to find facts that refute the very existence of the heroic act of Alexander Matrosov.

I was struck by an entry on one of the forums: "I have a version here that the last words of Matrosov were:" Fucking ice ... !!! "". Is this not the limit of blasphemy. Today, everybody is trying to prove that the structure of the DZOTA could not allow to close the embrasure with the body, others paint the data of German machine guns and machine guns, for which the human body is not an obstacle and much more, which should not allow the hero to do what he did. It is amazingly different; they teach us not to believe our heroes, and at the same time any nonsense from the West is presented as a real and irrefutable reality. Where is the logic?

I agree that in the way the feat was accomplished, many inaccuracies and perhaps some of the details became known not in full accordance with real events, but the feat was. No matter how much the applicants of dubious fame against the background of the exposure of the exploits of the Soviet soldiers during the Great Patriotic War, there are still living witnesses of what happened at the front, and I believe them much more than the "modern connoisseurs of military history."

Shel 1941 year. Soviet youth sought to the front to join the fight with the enemy. The future hero, Alexander Matrosov, was enlisted as a volunteer as a cadet of an infantry military school. Young cadets learned military science, lived in mud huts, made long forced marches at 40 degree frost. Considering the extremely difficult situation at the front, and especially at the Stalingrad line, the cadets were released early from the school and sent to the front. 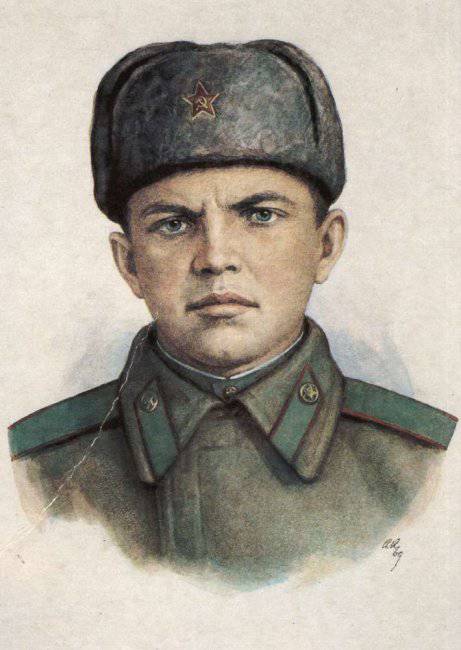 27 February 1943 of the year (later in some sources, the date 23 February will be indicated, this is due to propaganda activities, and the feat of the Sailors, allegedly, made on Army Day). It was a fierce battle near the small village of Chernushki, Pskov Region. Soviet soldiers came under heavy machine-gun fire from the Nazis. Enemy machine-gun fire, which was conducted from the bunker (field defensive structures) became an obstacle to the advancement of our troops. One of the enemy’s machine guns was destroyed by an assault group of armored rifles and machine gunners, the second machine gun was destroyed by another group of Soviet soldiers. A machine gun under the cover of the third bunker continued to conduct dense fire across the valley in front of the village.

There have been several desperate attempts to destroy the enemy firing point. But they all turned out to be unsuccessful. Take the bunker and could not. Three submachine gunners tried to crawl closer to the bunker in order to strike back at close range. All three died the death of the brave. And then the guard rose private Alexander Matrosov, connected commander of the company. Alexander with grenades and machine gun began to make his way to the enemy bunker.

The enemy, who had taken refuge in the bunker, did not let his comrades go ahead. He knew that every minute counted in a fight, and he tried to get to the bunker as quickly as possible. But the machine gunner noticed him. Machine gun fires sneaked behind and in front of it. It was extremely dangerous to move. But, as soon as the enemy shifted machine-gun fire a little to the side, Alexander rushed forward. The firing point is already close, the enemy is near. One by one in the direction of the bunker flew grenades, abandoned guards. They broke literally at the bunker. For a moment there was a lull, the Sailors rose to their feet and made a long leap forward. From the embrasure again flashes of shots appeared. Alexander again lay down. The cartridges were running out, there was no grenade at all. There were seconds to think and make a decision.

Matrosov threw up a machine gun and fired at the embrasure. An explosion occurred in the bunker, and the enemy’s machine gun fell silent. Alexander rose to his feet again, raised the submachine gun over his head and shouted loudly to his comrades: “Forward!”. The soldiers got up and rushed to the attack. But again the enemy’s machine gun came to life, and a deadly lead rain poured from the enemy bunker again. I had to lie down again. Rushing forward, with their hearts and breasts, the Sailors fell to the enemy firing point and drowned out the bunker. The path to advance his comrades ahead was open.

An hour later, the village of Chernushki was taken. Above this small village, a part of our Motherland, the Soviet flag was hoisted. Alexander Matrosov, like many of his comrades, gave their lives for the freedom of our Motherland. This feat has become a real symbol of courage, heroism and military prowess, love of country and fearlessness. Alexander Matrosov for his feat was awarded the title Hero of the Soviet Union, posthumously. During the Great Patriotic War, more than 400 people performed similar feats, and they are all heroes.