US Secretary of State John Kerry continues to threaten Russia 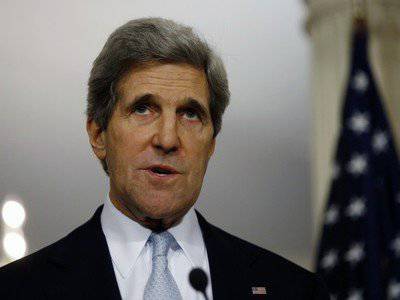 According to the information agency "Vesti", at a recent press conference, US Secretary of State John Kerry said that the current course of Russia is not only a serious but also an “expensive” mistake, noting that the Russian economy has already begun to experience difficulties.


“For seven days, Russia has not taken a single step in the right direction. Not a single representative of the Russian authorities publicly urged the separatists to support the Geneva agreement, to lay down weapon and release the building. They did not call them for these actions, ”he added.

The state secretary called on the Russian authorities to "take the path of de-escalation," warning that "the window of opportunity is closing."

In addition, Kerry said that the situation in the neighboring country is actively destabilizing the Russian special services, citing data from US intelligence, said "RT in Russian".

In general, during his speech, Kerry tried to convey the idea that Kiev is in compliance with the Geneva agreements, but the Russian side is not, ITAR-TASS summarizes.

It is also worth noting that April 24 had a telephone conversation scheduled between John Kerry and Russian Foreign Minister Sergei Lavrov. However, according to the agency "Vesti"it did not take place “for reasons beyond the control of the Russian side”.

"RT in Russian" reports that US plenipotentiary Jen Psaki also spoke about new sanctions against Russia at a State Department briefing. "As the president said yesterday, new sanctions will follow on our part if Russia does not properly fulfill its obligations," she said.

It is noted that Psaki ignored the question of whether it is a coincidence that "two times after the visit to Kiev of US officials, first Joe Brennan, and then Joe Biden, the authorities sent troops to the south-east of the country."