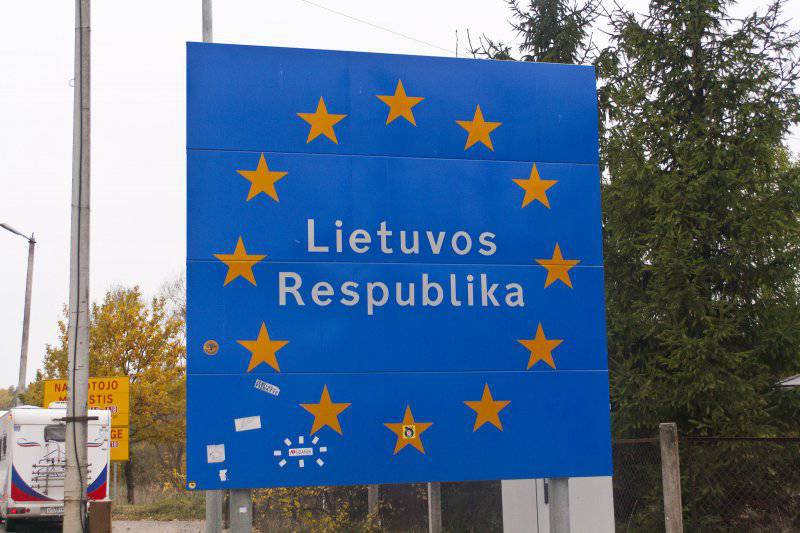 May 1 Lithuania will celebrate the tenth anniversary of joining the European Union - and did this little Baltic republic achieve much from 2004 to 2014? Did you manage to revive its industrial potential? Did it improve the standard of living? Perhaps, Ukraine can learn a lot from Lithuania, for example, how one should not neglect national interests for the sake of short-term gain. Still, their mistakes are much worse than others.

The head of the Lithuanian Cabinet of Ministers, Algirdas Butkevicius, is confident that the Lithuanians want to live in their own country and are not ready to exchange their father’s house for foreign bliss. The official said this during his annual report, which, by the way, became a sensation in itself: there were no speeches at such a high political level in Lithuania for a year and a half. However, isn't Butkevicius mistaken in his categorical judgments? Perhaps the prime minister of the Baltic republic is not well acquainted with the real state of affairs? Or, even worse for Lithuanians, he delivers them on purpose?

Recent polls show that Lithuanian citizens are not satisfied with the level of welfare of their country. According to Vilmorus, about two-thirds of Lithuanians believe that in recent years, life has become harder. About 40% of the adult population of Lithuania are ready to leave the country in order to find work abroad, because today every eighth Lithuanian is unemployed.

Many of their ideas can be put into practice. Thus, the emigration rate from Lithuania reached the level of 13,7 people per 1000 residents. Few European countries, even non-EU ones, can “boast” of such a massive population flight. However, even 5 years ago, these figures were much higher. Maybe they declined because the most enterprising part of the population left the republic, and only old people remained in the country?

Indeed, guests from abroad are surprised at the number of people of retirement age who can be found on the streets of Lithuanian cities. There are few working-age people in Lithuania, labor resources are being exhausted at a rapid pace.

In turn, young Lithuanians settled relatively well abroad. Of course, they live worse than the average European, but they are also satisfied with the existence of simple everyday benefits: the main thing is to have work and a roof over your head. And prospects: in Lithuania there are no opportunities to realize oneself, and in Western Europe there is at least a ghostly chance to move up the career ladder, becoming more experienced and in demand.

Naturally, only a few make their dreams come true, after many years of effort, becoming some middle manager or a small entrepreneur. Most of them remain involved in the service sector or in production, performing low-paid work by European standards. But Lithuanian youth are satisfied with this: after all, the level of wages in the states of the Atlantic coast is much higher than in Lithuania.

So it turns out that, instead of receiving education and developing the economy of their native country, young Lithuanians go far abroad to wash clothes or lay paving tiles.

Lithuanian dream to quickly escape from the "clutches of Moscow" turned out to be self-deception. Firstly, it turned out that Russia did not keep the Baltic republics: rather, they were a burden to it. During Soviet times, Lithuania, Latvia, and Estonia were completely dependent on other union republics, and could only provide themselves with sprats. In principle, the situation has changed little since then: only canned fish is still produced in the Baltic States, while the rest of the food and consumer goods are delivered from the European Union and China.

Secondly, the idea of ​​a full life in the West turned out to be a lie. Soon 10 will be over the years since Lithuania became part of this very West - and so what? What positive changes have occurred in the economy and social sphere of this republic? In 2009, the Lithuanians stormed the buildings of the Seimas and the Government of Lithuania in Vilnius. People took to the streets in connection with the draconian reforms, which were carried out by the authorities of the republic in the framework of combating the consequences of the global financial crisis. As a result of these reforms, Lithuania became completely dependent on its Western "partners": in fact, it was imposed an external protectorate, and forced to dance to the tune of Western creditors.

It turns out that Lithuanian national mythology, which was diligently created by the hands of political consultants for many years, was unclaimed? Russia is not so evil, and Europe is not at all good.

The Lithuanians, as well as their neighbors, were deceived. And the society begins to understand this: according to the data of the Vilmorus sociological agency, 40% of Lithuanians want to return to the USSR era. Indeed, there were good times: except for resorts, Lithuania was not obliged to the Soviet Union, but the rest of the republics provided it with everything necessary. Now everything is exactly the opposite - the Lithuanian resorts are not interesting to Europeans, and Brussels with its overstated demands suffocates the Lithuanian economy. Vilnius cannot find support from its new “brothers” - Paris, Berlin and even friendly Warsaw treat the problems of the small Baltic state with indifference. Latvia faced a similar problem with Estonia, where the degradation of economies occurs according to the same scenario, albeit with a few reservations.

In the footsteps of Lithuania

Ukraine may join the club of losers in the near future. Despite the size and population of this country, its economy is too weak, and in terms of competitiveness is at the same level with the economies of the Baltic republics. Like the Baltic states, Ukraine has little to offer a more developed Europe. Yes, and the attitude towards it will be the same dismissive.

At the same time, Lithuania is actively drawing Ukraine into Euro-Atlantic structures and insists that Kiev become one of the main allies of Washington and Brussels. The White House agrees with this proposal - the actions of Vilnius fully meet his expectations. What can be said about Brussels: the old Europe is extremely dissatisfied with the fact that one of the peripheral republics wanted to expand the European Union without having received the consent of the leading members of this organization.

Regardless of whether Ukraine will be part of the EU or not, many of its residents fell into the same trap as the Lithuanians. They want to live in prosperity, without making any effort for this. In the Ukrainian media, Europe is just depicted a paradise where there is no need and everyone is happy. Ten years ago, the Lithuanians also imagined the European Union, and this ended with “voting with their feet” and the January pogrom in 2009 in the center of Vilnius.

Should Ukraine not learn from the mistakes of Lithuania, how not to build its foreign policy? At one time, the Lithuanians also thought that they had caught God by the beard, and now their country is in economic bondage by the West, and there is no end to the humiliation.

Fortunately, in Ukraine there are still sensible people who initially opposed the “friendship” with the mercenary West. Thanks to the support of society, the anti-European movement may soon win. Ukraine has heard about the troubles of the Baltic countries, including how their authorities are persecuting the Russian-speaking population. This discourages many from the idea of ​​European integration, and makes them seek salvation in traditional values.

As for Lithuania, it has made its choice. Lithuanians are paying in full for their naivety. Well, Vilnius has become an anti-example for other post-Soviet capitals: who wants to repeat his path, turning into an abandoned periphery of even an influential political bloc?

Ctrl Enter
Noticed oshЫbku Highlight text and press. Ctrl + Enter
We are
Little joy brought to the shelled schoolsBecause of the book on the genocide of Jews in Lithuania, relatives and friends turned away from the author (Delfi.lv, Latvia).
Military Reviewin Yandex News
Military Reviewin Google News
83 comments
Information
Dear reader, to leave comments on the publication, you must sign in.