You can’t make a “mace” on your knee 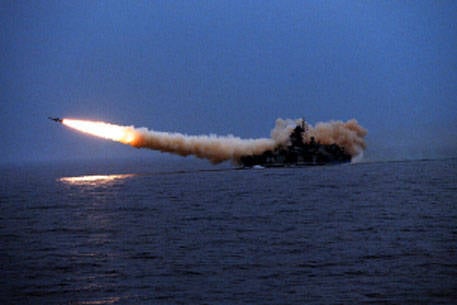 In modern conditions, the ability of the army to defend a country is first and foremost indicated not by its strength, but by another indicator - the equipment of modern military equipment of the Armed Forces. And with this we have big problems.

Defense Minister Anatoly Serdyukov, commenting on the failed tests of an intercontinental submarine-launched ballistic missile (MBRPL) Bulava, not so long ago, expressed the opinion that the reason lies in the wrong assembly. It is likely that this idea was based on the results of the work of a special interdepartmental commission, which figured out why this missile failed seven of the twelve launches. At the same time, this is just an assumption, and the specific reasons for the failures are still unknown, and in the next test of the Bulava, which is scheduled for November, three absolutely identical copies of the rocket will take part. This is done in order to isolate the “weak links” of the rocket, which are not amenable to logic or engineering flow, by purely statistical methods. It is important that while we are not talking about possible design flaws of the rocket, developed by the Moscow Institute of Thermal Engineering. Otherwise, it will mean that we have simply forgotten how to design such complex products.

Despite the seemingly concrete concreteness of the term “assembly technology,” in fact, this concept is rather extensible. It may imply technological defects in the manufacture of individual components and mechanisms such as "turner flawed", insufficient quality of the materials used, insufficient control of the assembly parameters, and even malicious intent. At the same time, the suspicion that the rocket is going to somehow wrong, in my opinion, suggests that our former pride - the military-industrial complex (MIC) - until the end used the Soviet backlog and entered the phase when just cash infusions The situation can not be corrected qualitatively.

According to the former chief designer of the Bulava, Yuri Solomonov, the reason for the unsuccessful launches was low-quality materials and violation of production technologies. And the main problem here lies in the fact that the country in the last two decades has lost access to the materials and technologies needed to create such devices. As a result, now in the domestic military industry there are no 50 names of materials required for solid-fuel MBRPL. To the words of Solomonov, it must be added that, in general, in the military industrial complex over the past 15 years, 300 critical technologies have been irretrievably lost.

Currently, the format of the domestic military-industrial complex is hopelessly inferior to the Soviet 1980 complex, when the share of defense expenditures in GDP was 9 – 13 percent, and the industry employed about 10 million people. The main reason for this is not our modern peace-loving policy, but the budgetary and salary imbalances, which led to the mass exodus of personnel, the cessation of promising research and development. As a result, by 1998, the number of people employed in the military industrial complex was already 5,4 a million people, and of these, only 2 a million people produced military equipment directly. As of 1999, there were about 700 defense research institutes and design bureaus in the domestic defense industry, as well as more than 1700 enterprises and organizations from eight industries. In the bowels of the military industrial complex, about 20 percent of the entire machine-building production of the country was produced. A decade later, the share of military products in total industrial output dropped to 5,8 percent, and in exports to 4,4 percent. Today, with a bit of a stretch, only about 1400 enterprises with about 1,5 million people are listed as defense. For comparison: the number of officials in the country has already exceeded 4 million. And their salary is incomparably higher than that of those who work on defense. Of course, no one calls for the re-establishment of the military-industrial monster of the USSR, but serious conclusions should be done immediately.

Frames do not solve anything

Because there are obviously few of them left, and their qualifications are also big problems. From the beginning of the 90-ies, the Soviet system of training and retraining of engineers, technicians and workers practically ceased to exist, and no alternative was created. Labor in the defense industry has ceased to be prestigious, and in its mass it is no longer able to attract the most talented and skilled workers.

As a result, the industry has practically "knocked out" the most productive generation from 30 to 50 years. Today, the average age of military-industrial complex workers is more than 55 years, and in defense research institutes and design bureaus this figure for engineering and scientific personnel is closer to 60 years. At the same time, wages in machine building are several times lower than average wages in oil and gas companies. The prestige of a scientist, engineer, turner, toolmaker fell catastrophically, many of the remaining research institutes, design bureaus and industries are not headed by professionals of their industry, but by so-called effective managers, all of whose "effectiveness" often comes down to the ability to distribute financial flows and organize kickbacks when the complete absence of a strategic vision of the enterprises entrusted to them. This is the answer to the question - why is it so bad with frames.

Meanwhile, not only frames are aging. The average age of equipment in the military-industrial complex exceeded 20 years, that is, its main part was manufactured in the Soviet Union. In general, the depreciation of basic production assets exceeded 75 percent, more than a third is worn out by all 100 percent. The proportion of new equipment under the age of 5 years is about 5 percent. It is more than obvious that it is impossible to develop and manufacture competitive high-tech products on such a production base.

The need for transformation is obvious.

According to President Dmitry Medvedev, the share of modern weapons in the Russian army by 2015 should be at least 30 percent. For his part, Prime Minister Vladimir Putin in November last year at a meeting on the defense industry in Kolomna demanded that by the year 2020 weapons and equipment in the Russian troops to 70 – 80 percent (today this figure is about 10 percent).

To achieve the planned indicators, it is necessary to increase the rate of rearmament and bring them to the level of 9 percent, and for individual nomenclatures of weapons - up to 11 percent per year. Meanwhile, in September 2009, the Accounting Chamber of Russia released the following data: the share of modern weapons supplied to the army is only 6 percent. That is, the gap is very significant.

Deputy Prime Minister Sergei Ivanov, following a recent meeting in Izhevsk, where he talked about providing the Armed Forces with modern small arms and melee systems, said that the State Armaments Program on 2011 – 2020. will be prepared and agreed in the III quarter of this year. At the same time, he said, the total defense spending during the implementation of this program will be about 3 percent of GDP annually. At present, there is a discussion of the total amount of funding for the program, and only then the nomenclature of military products, the production of which the state will support, will be specified. It should be noted that the Government’s plans after the adoption of the state armaments program envisage the creation of a program to modernize the national defense industry complex.

So that it does not remain only plans, first of all it is necessary to correct the industry distortions. In a normal market situation, it does not matter in which industry to invest, since the rate of profit is approximately the same in the oil and gas sector and in mechanical engineering. Therefore, there is no shortage of engineers and workers; everyone there takes pride in their profession — the designer, the turner, and the fitter. We, once hooked on the "oil needle", treat any of its alternatives with distrust and disregard.

Output - in the integration of enterprises of the military industrial complex

Today, the defense industry needs to be integrated as quickly as possible by privatization and market turmoil. After all, it is obvious that the creation of sophisticated and intelligent military equipment in modern conditions is no longer the lot of talented individuals, artels of enthusiasts and small private shops. As for a very illustrative "example" - cooperation in the manufacture of the Bulava of several hundred enterprises that operate under different forms of ownership, in different parts of the country, in various areas of the economy and without complying with all the rules of technological discipline, it is frankly flawed and even meaningless. Now I understand why the “Bulava” is still not flying normally?

In the world, integration has long been understood, and therefore only large companies are in the leading positions of the local defense industry. Thus, according to the annual report of the Stockholm International Peace Research Institute, in the year 2008, the British company BAE Systems, which earned 32,24 billion dollars (95 percent of the company's total sales), ranked first in the world in terms of arms sales. Lockheed Martin ranked second - 29,88 billion dollars (70 percent of sales). In third place is Boeing, which has traded in 29,2 billion dollars (48 percent of the total sales of the company). Close the top five leading suppliers Northrop Grumman - 26,09 billion dollars, and General Dynamics - 22,78 billion dollars. Domestic manufacturer of anti-aircraft missile systems C-300 and C-400 "Almaz-Antey" at the end of 2008, took the 18-place with the result 4,34 billion dollars. There are no more Russian companies in the first twenty.

The first effective step in the reconstruction of an effective defense industry could be the emergence of an inograd-type structure in Skolkovo, but only with a frankly defensive slant. By the way, something similar is, for example, in India - it is the Organization of Defense Research and Development (DRDO). It currently includes 50 laboratories, which run about 440 projects with a total value of 4 billion dollars. Almost 30 thousand people are engaged in research and development. Subjects of development - anti-tank and ballistic missiles, several types of fighters and missile defense systems, drones, airborne early warning and control aircraft.

At one time, the Soviet Union quickly created a nuclear missile shield through effective organizational efforts and a significant increase in budget funding. New scientific research institutes, design bureaus, and production were quickly created, the flow of qualified personnel was organized. As a result, on the basis of purely domestic developments, the necessary military parity was achieved.

The army today turned its eyes to foreign weapons - they are actively buying or planning to buy UAVs in Israel, armor in Germany, and landing craft in France. It seems that this series will continue in a certain sense and it has its practical justification. However, alas, no one sells strategic missiles, nor does strategic submarine rocket carriers or other critical military products such as combat robots, combat lasers, etc., sell. And therefore we will either learn to make them ourselves, or truly strategic holes will appear in our defense.