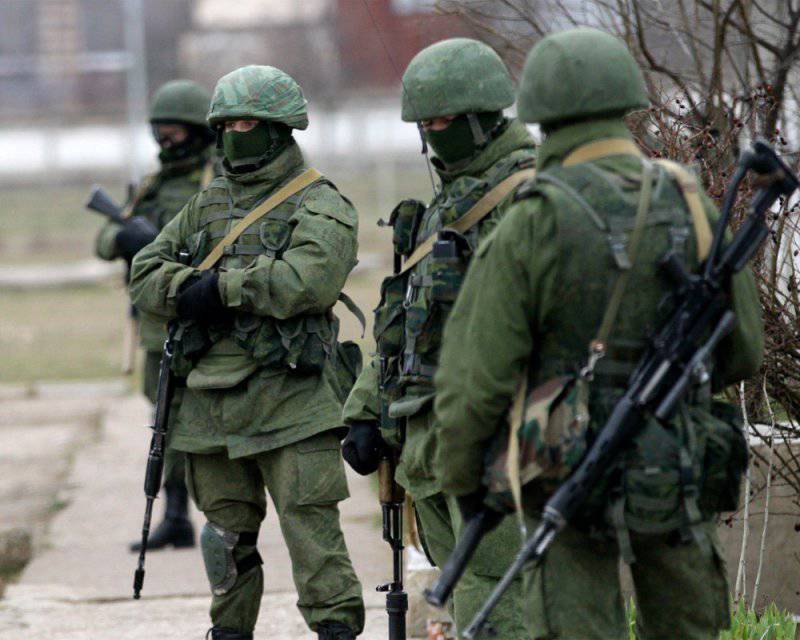 More than a month ago, a referendum was held, according to the results of which the Crimea and Sevastopol became part of the Russian Federation. During this time, a huge number of various statements were made concerning the legality of the referendum and its results. However, official Moscow and the newly affiliated regions of the federation are not going to give up their decisions. This serves as an additional reason for new unfriendly statements and actions, although the results of this whole situation are already clear. Meanwhile, domestic and foreign experts are engaged in analyzing the events of recent months. Foreign experts have to admit that the actions of Russia in the current situation were literate, original and unexpected.

The opinion of several foreign experts is quoted by the New York Times publication in its publication Russia Displays a New Military Progress in Ukraine’s East (“In Eastern Ukraine, Russia showed a new military prowess”). An analysis of recent events shows that the Russian armed forces have mastered the “tactics of the 21st century”. Due to this, they managed to seize the initiative from Western countries and implement their plans. It is noted that Russia actively used well-trained special operations forces, an energetic information campaign and some methods of the so-called. cyberwar The result of all this is what we see now.

The New York Times cites the words of the retired Admiral of the US Navy, James J. Stavridis, who has held high positions in NATO for several years. He notes that the current situation clearly demonstrates a shift in how Russian troops approach their tasks. The admiral is forced to admit that the Russian military "played gracefully this game."

The skills and tactics demonstrated by Russia may be interesting not only in the context of the Ukrainian crisis. Such things can be viewed from the point of view of the security of a number of countries that emerged after the collapse of the Soviet Union, as well as some NATO participants from Central Europe.

American journalists note how much the working methods of the Russian troops have changed. In 2000, the armed forces fought with the separatists for the capital of the Chechen Republic, the city of Grozny. In this battle, various artillery and shock were actively used. aviation. During those battles, civilians were severely affected, and a large part of the infrastructure was destroyed. Recent events in Crimea are completely different from the operations of the beginning of the last decade.

Jamestown Foundation senior fellow Roger McDermott believes that Russia has used the time that has elapsed since then with maximum benefit. In order to strengthen its positions in nearby regions, official Moscow began modernizing the armed forces, creating new weapons and equipment, as well as developing new strategies. Great priority in this matter was given to the rapid reaction forces - special forces, airborne troops and marines. This system, created in recent years, has been tested in the Crimea.

At the same time, McDermott noted that the Crimean events cannot show the real state of the Russian armed forces. The successful result of the work of special units in the Crimea is due not only to good preparation of the troops themselves, but also to a number of other factors. These are secret operations, intelligence, as well as the weakness of the current Kiev leadership and the poor state of the Ukrainian armed forces. All this contributed to the success of all operations. However, the results of actions in the Crimea, according to McDermott, cannot be considered an indicator of the state of all Russian armed forces. The bulk of Russian military personnel are conscripts, and therefore the expert believes that they cannot compete with the American army with modern equipment and good training.

Stephen J. Blank, a former expert of the United States Army War College on the Russian armed forces and an employee of the American Foreign Policy Council, thinks that recent events well show the evolution of the Russian army and Russian military science. In recent years, Russian military leaders were engaged in the development of the army, and the results of this were shown in the Crimea.

The New York Times cites the words of the commander of the Joint NATO Forces in Europe, General Philip M. Bridlav, on the sequence of actions taken by the Russian military. Under the cover of exercises at the western borders of the country, the military prepared and arrived in Crimea. Well-trained fighters without any identification marks quickly occupied all the important objects. For example, in the early stages of the operation, the units engaged in communication channels of the Ukrainian armed forces and quickly cut off the Crimean units from command.

After gaining control over the Crimea, Moscow launched a campaign aimed at informational support for its actions. Despite the protests of foreign countries, Russia continued to promote its ideas: the Russian population of Crimea needs protection. The result of all actions was a referendum and the emergence of two new subjects in the Russian Federation.

Further actions of Russia led to the fact that foreign countries actually recognized the accession of the Crimea and Sevastopol: in a joint statement on the results of the recent negotiations in Geneva, this topic is not mentioned. The biggest problem for Kiev and its Western allies are now events in the eastern regions of Ukraine.

While politicians are trying to solve topical issues and promote their point of view, experts are analyzing the events of recent weeks. The publication of the New York Times notes that the strategy used in the Crimea can be used in other regions. According to the former NATO chief adviser Chris Donnelly, any country in the post-Soviet space, where there is a large number of the Russian population, can become a platform for using this strategy. This part of the population can provide support to the military with corresponding consequences for countries.

Donnelly called Georgia, Armenia, Azerbaijan, Moldova and the states of Central Asia the most prone to such actions. The Baltic countries are less at risk from this point of view, although they may be under pressure.

Admiral J. Stavridis agrees with C. Donnelly that the new Russian strategy will be effective in the case of countries with a large number of sympathetic citizens. For this reason, the NATO leadership should carefully study the latest Russian actions and draw the appropriate conclusions.