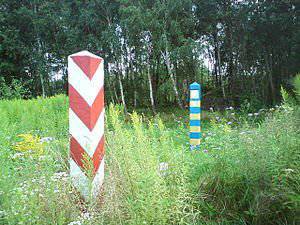 According to the INTERFAX.RU, representatives of official Kiev once again demanded that Russia withdraw its troops from the Ukrainian border.


“Ukraine once again demands from the Russian Federation to immediately withdraw the offensive units of the Armed Forces of the Russian Federation from the Ukrainian-Russian state border. Such a step will meet the commitment of the Russian side to contribute with practical actions to de-escalate tensions in the south-eastern regions of Ukraine in the spirit of the Geneva Document of April 17, ”said a statement released by the Department of Information Policy of the Ukrainian Foreign Ministry on Wednesday.

It is noted that the concentration of Russian army units on the Ukrainian border in the context of the decision of the Federation Council on the use of the Armed Forces of the Russian Federation in Ukraine contributes to the deterioration of the situation in the east of Ukraine.

"There is a danger that the armed groups of the pro-Russian forces in this part of Ukraine will be able to use the factor of the presence of Russian troops near the border in order to provoke their introduction into the territory of Ukraine," the statement said.

The document emphasizes that Kiev intends to adhere to the "Geneva agreements" in resolving the situation in the south-east of the country.

“The presence of units of the Armed Forces of Ukraine in the eastern regions of our state is aimed exclusively at protecting citizens, regardless of their nationality. Moreover, their bringing into combat readiness is a natural response to threats of the use of force and aggression against the territorial integrity of our state, which have recently been heard from official representatives of the Russian Federation, ”the statement reads.

It is worth mentioning that on Wednesday the TV channel Russia Today interviewed Russian Foreign Minister Sergei Lavrov, who denied accusations against the Russian military. “Our troops are on our territory. They participated in exercises that have become regular since Sergei Shoigu became Minister of Defense, ”he said.
Ctrl Enter
Noticed oshЫbku Highlight text and press. Ctrl + Enter
We are
Military Reviewin Yandex News
Military Reviewin Google News
117 comments
Information
Dear reader, to leave comments on the publication, you must sign in.