Russia's return to the big leagues. Replica of Fedor Lukyanov 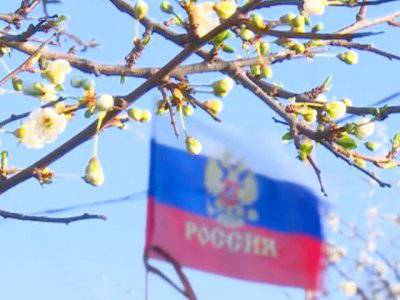 A spokesman for the Russian president, Dmitry Peskov, has recently confirmed with journalists that the decision to join Crimea was made by Vladimir Putin alone. He himself was also the author of the March 18 speech, which even opponents rated as probably the strongest during the entire presidency.


The head of state has entered a new phase. The boundary is not that after a long strategic retreat, Russia began to dictate an agenda to powers that are objectively more powerful than she herself. Qualitative difference - the period ended when the country came to life after the collapse of the year 1991, restored potential. Putin enters a phase of creation, as he understands it.

The past 2013 year was a success for Russian foreign policy in the Middle East, the former Soviet Union, during the presidency of the G20. But at the same time many commentators had the impression that Moscow objectively reached the ceiling. Then there is nowhere to jump, it’s time to capitalize on the acquired status.

However, Vladimir Putin, obviously, came to a different conclusion. He considers this very "ceiling" not as a natural limit, but as an annoying barrier that must be overcome in order to reach the next level. And decisively pierce, despite the costs.

Wise Henry Kissinger wrote in The Washington Post that demonizing Putin in the West is not a policy, but an alibi for lack of it. Vladimir Putin confuses Western leaders because he began to intercept the initiative, to fill with his own content the forms that were previously offered to Russia, but with the opposite stuffing. And it is his figure that clearly demonstrates that the global political model, the outcome of the victory of the West in the cold war, is not just stalled, but can be turned against the winners.

Preventive force actions, humanitarian interventions, direct intervention in the affairs of other countries in the name of supporting the struggle of citizens for their rights, abandoning the principle of inviolability of borders as a dogma - all this was introduced step by step into international political practice from the beginning of 1990, but by default it was assumed that only a limited number of states have the right to use these tools. Those who, according to popular American expression, are "on the right side stories".

Strong feelings towards Putin, both negative (in the West) and positive (in the rest of the world), are connected with the fact that he casts doubt on the global hierarchy. Strange as it may seem, the Russian leader, whom Gerhard Schröder believes only as a “pure democrat”, defends the principle of the expansion of democracy in the world. Democracy is not as a specific socio-political model in individual countries, but as a principle of relations between the powers. What is permitted by one cannot be forbidden to others.

A world order cannot be based on the representation of one group of countries about how it should be, and how it should not. The rules are valid only when they are agreed with everyone, and not imposed by someone, even with a sincere belief in their justice.

In general, the Russian president recalled that there are causal relationships in big politics. Action inevitably gives rise to opposition. And a logical continuation follows from any decision, which cannot be canceled just because the forte believes it to be wrong.

Vladimir Putin has returned his country to the top league of world politics. He himself, no doubt, entrenched on the global Olympus, breaking through the "ceiling", which, as everyone expected, would stop him. But, being "above the floor", the president faces a new challenge. His personal reputation in the international ranking as a leader is higher than the place allotted to Russia as a country. She, as many people believe, is reaching up to the limit of her abilities. And Ukraine is almost a swan song before irreversible decline. Now Putin has to prove that this is not the case.