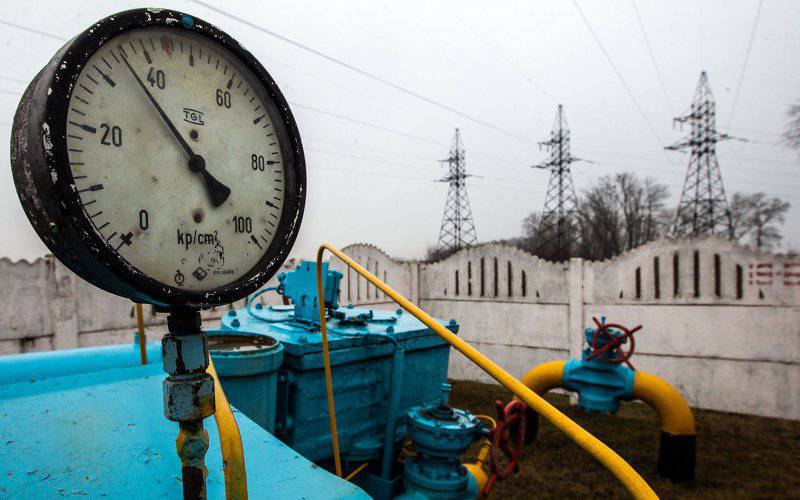 Ukraine’s attempt to find gas suppliers in the west has failed. This was stated in plain text by Andrey Kobolev, General Director of Naftogaz of Ukraine: according to him, Slovakia refused to provide pipelines for gas reversal in the east direction. This country is a key link in the supply chain, and a lot depends on its decision. At the same time, it is possible that Slovakia refused Ukraine under the pressure of its western neighbors: the European Union doesn’t like the idea to unleash another gas war.

Slovakia and Ukraine are connected by five gas pipelines: four of them are used to ship Russian gas to Europe and controlled by Gazprom, and the fifth is mothballed. Bratislava is ready to provide reverse gas supplies for this pipe in the amount of 2,9 billion cubic meters per year. But this is a very small amount, Ukraine needs much more blue fuel.

In turn, no more than 5 billion cubic meters of gas per year can be delivered to Ukraine through the gas transmission systems of Poland and Hungary. This figure is also negligible.

Ukraine’s western neighbors are not ready to provide reverse gas supplies because most of the gas pipelines in Eastern Europe are used to transport gas from Russia to the European Union. Poland, Slovakia and Hungary are not going to denounce agreements with Gazprom to satisfy the whims of the latter-day Ukrainian government: after all, these are contracts worth several billion dollars, and Western Europe will disapprove of the termination of such important agreements. And the Kiev junta may not last for two months - is it worth it to refuse to cooperate with Gazprom?

In addition, in the West they are dissatisfied with the fact that Ukraine does not pay for the purchased gas. In Western capitals, they remember the "gas wars" between Kiev and Moscow and do not want a repetition of these events, which for all (except Ukraine) turned into huge losses.

In Western capitals, they understand that the demands of the new Ukrainian government to quickly start reversing gas are a prelude to another theft of blue fuel. After all, the “gas princess” Yulia Tymoshenko was released, and the people from her party “Batkivshchyna” control all key government posts. Despite the chaos and dictatorship of the nationalists, a woman with a scythe will not fail to take advantage of the happiness that has fallen on her, and will definitely try to organize new machinations, including gas.

And if in 2004, European politicians were not familiar with Tymoshenko and welcomed her among the leaders of Ukraine, now things are exactly the opposite. Europeans are ready to endure any excesses of an ex-prisoner, but on condition that they do not touch the interests of Europe and remain an internal affair of Ukraine. Gas contracts, in turn, are a matter of international importance, and even Tymoshenko’s close is not allowed to approach them.

And the most intransigent stance towards Ukraine was taken by Germany, largely dependent on Russian gas. Pro-German presidential candidate Vitali Klitschko after Maidan frankly "merged", so that Berlin has nothing to lose. Germany is ready for extreme measures, if we are talking about its national interests, so that the refusal of Slovakia to reverse the gas in the eastern direction can be viewed as the opinion of Berlin - in any case, the matter was not done by German diplomats. Ukraine was given a turn from the gate at the most unlucky moment for it, so that Kiev reached a better place: European integration by European integration, but also respect for the neighbors.

Europe is not going to clash again with Russia because of the theft of gas by Ukraine: it’s not only that there are problems in relations between Moscow and Brussels on the diplomatic front, the opposition will also begin in the economic sphere. It is not for nothing that today with the participation of Russia multilateral gas negotiations are taking place: without Moscow’s consent, Europe will not make a single decisive step in matters of reverse gas supplies.

What does Washington want and why it will not achieve it

The Ukrainian government in the gas issue has received support only from the United States. America is more interested than Europe in ensuring that people in Kiev are exercising Russophobic policies. However, the new government of Ukraine can be maintained only if it provides economic stability: the fact is that the Kiev junta maintains control over the country (or, in any case, over individual regions) only thanks to the spiking of oligarchs and nationalists. If the nationalist government fails to protect the interests of the oligarchs, who, by the way, are also interested in stealing gas, then the business will refuse to support marginals from western Ukraine, and the system will collapse.

Serious entrepreneurs will quickly hammer together mini-armies, capable of dealing with “ideological” nationalists within a few days, and establish an order in the country that benefits big business. And, most likely, this order will be disadvantageous for the United States: in the event of the junta being overthrown, Ukraine will rush into the arms of Russia, since no one wants to destroy economic ties with anyone, especially representatives of oligarchic circles.

Of course, the United States does not want Russophobic attitudes to weaken in Ukraine, and Washington’s victory over the nationalists for the oligarchs is extremely unprofitable. That is why the United States in every way indulge Ukrainian "entrepreneurs", including ready to represent their interests at the international level.

This explains Washington’s increased pressure on the countries of the European Union. America by hook or by crook is trying to bargain gas for Ukraine, whose economy is on the verge of collapse. No wonder Joe Biden came to Kiev the other day: by doing so, he wanted to show that the United States, unlike Europe, is entirely on the side of the Kiev leadership.

On the other hand, America cannot do anything useful. Its influence in Europe is limited, and in Ukraine even more so. Washington can give orders to Alexander Turchinov, Arseniy Yatsenik and Arsen Avakov, however there are no guarantees that these orders will be fulfilled by downstream links. It is known that the bodies of the Ministry of Internal Affairs and even the armed forces do not obey Kiev, and act locally at their own discretion - weapon they are not used against agents of the Kiev government, however, they refuse to shoot at civilians. The same can be said about the militia: it willingly cooperates with the insurgent people, and together with the militias, it keeps order in the streets of Ukrainian cities.

As for European capitals, things are even worse for Washington: The United States cannot dictate to strong Western European countries how they should build their foreign policy. America’s leverage on Europe was lost even after the end of the Cold War, when the need to contain the “red threat” disappeared. Now Washington is frantically searching for a new foothold on the European continent and is not finding it: pragmatic Europeans do not want to interfere in the confrontation between the United States and Russia. Europe is not going to bear image, diplomatic, economic losses in order for a third party to win at its expense.

Washington cannot offer alternatives to Russian gas. America was in a losing position: the idea of ​​reverse supplies of blue fuel, which is now actively being discussed in the Ukrainian and Western media, will soon be buried, as well as many other ambitious projects invented by Washington officials. The United States took upon itself too much without taking care of how they were going to realize their plans.

Now Washington’s neck is the Kiev government along with all its problems, ranging from the destroyed army to the total corruption in the state apparatus. How America without the support of Europeans will pull Ukraine out of the quagmire remains unknown. Most likely, in the near future Russia will have pleasant surprises on the diplomatic front.