15 2013 June
14
The artillery of the Soviet Union played a decisive role in achieving victory over Germany in 1945, but later the difficult and sometimes tragic fate of development was prepared for this branch of the army. 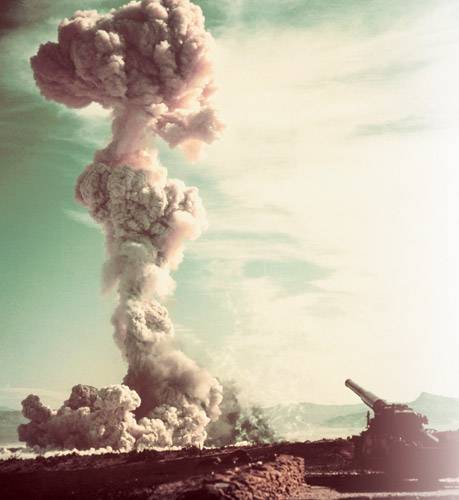 With the coming to power of Nikita Khrushchev in 1953, the decision was made to practically get rid of artillery units, given the rapid development of rocket firing systems. Huge stocks of guns, which remained after the Second World War, were cut into metal, it was a period of time when new systems of guns were not developed and not manufactured, and the old ones were destroyed. The main goal of the government of the USSR at that time was to create weapons, which was supposed to carry a real threat to potential enemies. With this in mind, it was decided to create weapons for firing nuclear ammunition.

In the year 1954 in the USSR, in accordance with the decree of the Supreme Council, the design of giant mobile guns for firing nuclear weapons began. It was decided to create three types of nuclear artillery installations: a recoilless weapon, a cannon and a mortar, which in their calibers significantly exceeded those of the United States. For the most part, a huge caliber was needed because of the inability of Soviet nuclear scientists to develop and manufacture compact atomic ammunition.

In 1955, in Leningradsky TsKB-34, the drawings were fully completed and documentation for the manufacture of X-NUMX-mm CM-406 guns (54-2), which shot a special “Capacitor” shot, was transferred to production.

The weight of the projectile was 570 kg, the maximum firing range was 25,6 km. The making of an artillery monster was entrusted to the Barricades factory. At the Leningrad Kirov Plant for the gun, a chassis was designed and manufactured, which received the code name "271 object". In 1957, the first sample of the CM-54 left the gates of the Kirov factory. The final weight of the gun was 64 tons (without ammunition). In total, four giant self-propelled guns were manufactured.

Simultaneously with the creation of the “Condenser” at SKB MOP, they began the development of an 420-mm smooth-bore mortar codenamed 2B2 “Oka”. In 1957, the first prototype of a mobile mortar installation for firing a special shot called "Transformer" was ready. The barrel of a mortar cannon with a length of more than 20 meters was made from a single piece. The weight of the gun mount was 55,3 tons, the firing range of 45 kilometers. The tracked chassis for the mortar (“273 object”) was manufactured at the same Kirov factory. 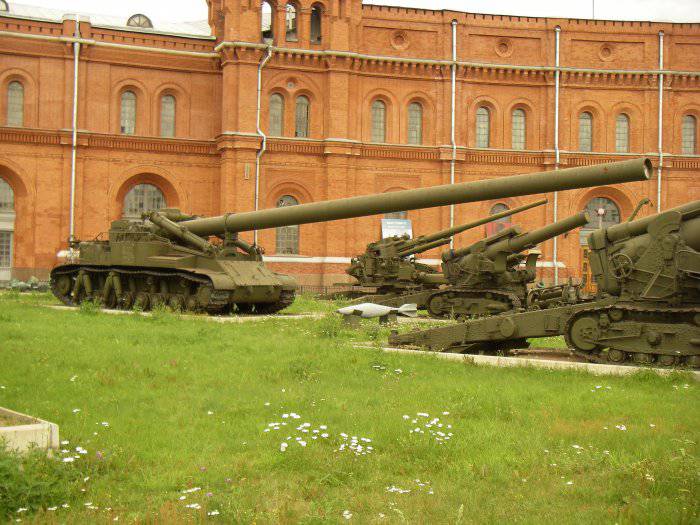 “Transformer” and “Condenser”, in view of their enormous size, did not fit into the railway gauge, did not pass over bridges and overpasses, and also could not turn around on the city streets. After much deliberation, a completely justified decision was made not to take supergiants into service and to refuse further work on both systems. But at the same time, at the Central Research Institute-58, under the guidance of designer Vasily Grabin, a 420-mm recoilless S-103 gun was designed, mounted on a heavy chassis tank. The first tests of the installation were carried out at the Rzhevka military training ground located near Leningrad. But after the hundred and first shot, made on November 29, 1956, the barrel was torn and the gun mount completely collapsed.

At the end of the 50s in the United States, the first installation for recoilless nuclear ammunition, Davy Croquet, was manufactured. As a response, a complex consisting of two 230-mm recoilless guns called Reseda on the BTR-60PA chassis was designed in the USSR. The fire was conducted by uncontrollable over-caliber solid propellant rockets 9М-24. The diameter of the combat detail of the projectile was 360 mm, the length of the 2,3 meter, the weight of 150 kilogram, the maximum range - 6 kilometers. But for unknown reasons, work on the project was discontinued. Instead of the Reseda complex, in the 1968 year, the KBP began developing tactical missile systems Rosehip and Taran with special combat units. "Rosehip" was intended for motorized rifle regiments, and "Taran" - for tank. According to the tactical and technical features, the maximum firing range was 8 kilometers, and the minimum 1 kilometer. 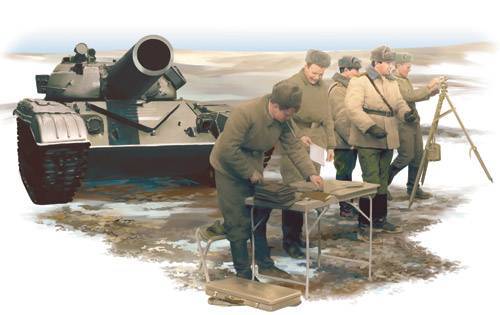 The Taran launcher was installed in the turret of the T-64A tank, which made it possible to carry out a round-up attack. The total weight of PU was 37 tons (taking into account the ammunition of the three missiles). The additional armament of the complex also included the 10-12 ATGM “Taran-1”, which were launched from the same pipe as the nuclear ammunition. The firing range of the Taran-1 ATGM missiles was up to 10 kilometers, with armor penetration no less than 300 millimeters. Similar to the "Taran" PU complex "Rosehip" with the main ammunition in the 2-3 missiles installed on the BMP-1. At the beginning of 1972, all further work on the Rosehip and Taran complexes was stopped. Presumably, under a secret agreement with the United States, as evidenced by the removal from service of the army of the Devi Crocket system. The regiments and battalions of the Soviet Army were left without their mobile Hiroshim.
Ctrl Enter
Noticed oshЫbku Highlight text and press. Ctrl + Enter
We are
Hard fate "Sharks"Russian artillery, how it all began
Military Reviewin Yandex News
Military Reviewin Google News
14 comments
Information
Dear reader, to leave comments on the publication, you must sign in.