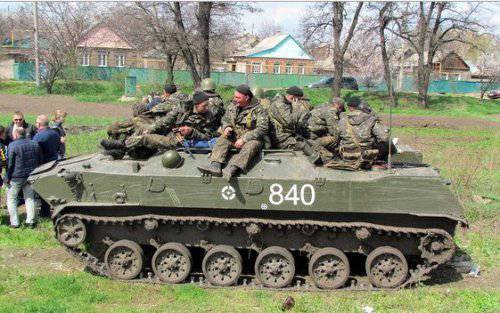 Ukrainians themselves are leading Ukraine to decay

Aleksey Mukhin, General Director of the Center for Political Information, in an exclusive interview with the KM.RU portal, talks about the plans of Western countries regarding the future of Ukraine.

The EU is a natural ally of Moscow in the Ukrainian question.

- The United States wants to create a puppet state on the territory of Ukraine. Through the International Monetary Fund, they are going to manage this country, and for this purpose they promised to give Ukraine about 11 billions of dollars before 2020. It is clear that Ukraine will not have enough money even to pay gas debts, but, nevertheless, the United States assumes that Russia will continue its hidden subsidies to Ukraine in the name of good relations with the fraternal Slavic people. The calculation is also made on the fact that the overhead of the troubled Ukrainian economy will fall on the European Union.

However, neither the European Union nor us are not satisfied with such things. Russia initially said that it was ready for honest and transparent financial relations, but did not want to pay for other people's political games. At the beginning of the Ukrainian crisis, Moscow proposed the creation of a contact group on this issue, and this idea is now being implemented. But the interests of the United States have not changed, and they strive to realize their project, and for this they destabilize the situation in Ukraine. In turn, the Europeans are concerned about the strong territorial expansion of Russia, but still morally ready to recognize the Russian Crimea. Thus, the EU is a natural ally of Moscow in the Ukrainian question. Our goals simply coincided, and if we succeed in implementing partnerships, then the United States will have to fully take into account the consolidated position of the EU and Russia.

The current Kiev has time trouble, and the crisis is not just at the door, but already eats up the remnants of the economic system

Unfortunately, the events in Ukraine itself are less optimistic. They run out of money, and state employees, including retirees, are ready to go to the Maidan. In today's Kiev, there is a time trouble, and the crisis is not just on the threshold, but already eats up the remnants of the economic system that still exist in Ukraine thanks to agreements with Russia and the European Union.

Unfortunately, the Kiev authorities, realizing their illegitimacy, although not recognizing it openly, persist in their opposition to federalization. By the way, federalization is required not only by Russia, but also by the eastern oligarchs who are ready to destroy the country, hiding behind Russian flags. This is causing Moscow serious image damage, and as a result, the leadership of our country found itself in a difficult situation. It cannot say that it will not support the Russian-speaking population, and the oligarchs use this. They are trying to bargain for such conditions of federalization from Kiev in order to make it profitable for them to exploit the resources of the region. Kiev persists, and the population of Ukraine suffers, and the economy suffers.

I guess it will come to the entry of Russian and NATO troops into Ukraine. Ukrainians themselves are not able to stop disintegration processes and are confidently leading Ukraine to disintegration. I don’t expect anything good from the presidential elections scheduled for May 25 either, because they are illegitimate. Regarding Viktor Yanukovych, the procedural norms that are necessary for his resignation are not observed, which means that he remains president of the country until his powers expire. All the elections that will be held earlier are illegitimate, and Viktor Yanukovych can safely challenge their results in court.

By the way, there is less and less chance that the elections will take place at all. With the introduction of the counterterrorist operation regime, it is generally impossible to vote, and the fact of the election is legally void. Russia is accused of everything: aggression, which is not really; accused of concentrating troops on the Russian-Ukrainian border, forgetting that mobilization has been announced in Ukraine.

The oligarchs of the South-East are counting on our bayonets to strengthen their power. The European Union realized that it was more expensive to play with the United States, and would like Moscow to take full responsibility for the situation. And, of course, Americans are interested in this, who will definitely blame Russia for the collapse of Ukraine. Strangely enough, Kiev is also interested in this - in order to hang all the accusations about Russia about the difficult situation in Ukraine ...

As we see, everyone wants to draw Russia into the conflict.

Ctrl Enter
Noticed oshЫbku Highlight text and press. Ctrl + Enter
We are
A great interview with Sergey Lavrov: about Ukraine, Obama and IranWhat you didn't want to know about England
Military Reviewin Yandex News
Military Reviewin Google News
169 comments
Information
Dear reader, to leave comments on the publication, you must sign in.