Criminal article for the rehabilitation of Nazism

April 23 2014
48
On April 23, the State Duma passed in the second and third readings a law providing for criminal responsibility for the rehabilitation of Nazism. Now for the public denial of the crimes of Nazism, the violator of the law is awaiting punishment of imprisonment for up to five years, or a fine of up to half a million rubles. This is reported on official website of the State Duma. 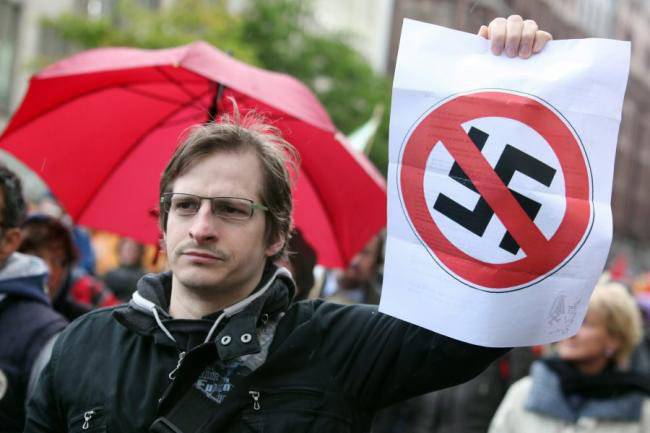 A corresponding article will now be introduced into the Criminal Code of the Russian Federation, the title of which is defined as "Rehabilitation of Nazism". Responsibility is introduced for attempts to publicly review the sentences of the Nuremberg Tribunal, for publicly justifying the crimes of Nazism and fascism, for disseminating deliberately false information about the days of military glory, and other important historical dates associated with the victory over fascism.

Interfax reports that the maximum punishment awaits those who are engaged in the rehabilitation of Nazism with the help of public platforms and the media.

The authors of the bill, including Irina Yarovaya, believe that the very fact that criminal responsibility can wait for attempts to rehabilitate a person’s Nazism can sober up those who are trying to earn cheap popularity on topics of the past.

In a number of countries, there are legislationwhich criminalize fines and imprisonment from 1 to 20 years for denying the Holocaust. These countries include: Israel, Austria, Switzerland, France, Germany.

Ctrl Enter
Noticed oshЫbku Highlight text and press. Ctrl + Enter
We are
Day of Military Glory of Russia - the day the counter offensive began in the Battle of MoscowMemorial Day for the victims of fascism
Military Reviewin Yandex News
Military Reviewin Google News
48 comments
Information
Dear reader, to leave comments on the publication, you must sign in.