The main radicals in Ukraine are Americans 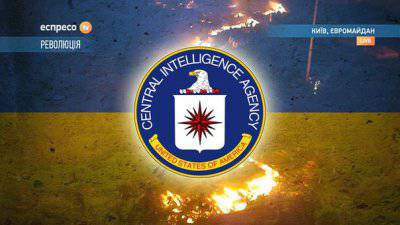 According to Vitaly Churkin, a fair opinion, in February, the United States was interested in regime change in Ukraine: after all, Washington invested 5 billions of dollars in Kiev. According to the Permanent Representative of the Russian Federation to the UN, "it is clear that the United States has invested heavily in this situation and took a more radical position than European countries."


In an interview with the Opinion program on the Russia 24 channel, Comrade Churkin said: “It seems to me that it was the Americans who tried to carry out the most radical scenario, they were not satisfied with some kind of compromise between Viktor Yanukovych and the opposition. They, I think, came to the conclusion that the time has come indeed for these 5 billions to pay, that they have to lead a sharp change of regime, which is what happened. Any sensible person will at least say that they have not justified themselves. If these 5 billions were spent on supporting democracy, and not on overthrowing the government that exists in the country and changing the regime, it is clear that no democracy has triumphed. ”

According to V. Churkin, "it is clear that the United States has invested heavily in this situation and took a more radical position than European countries." This is confirmed by the fact that after the emergence of the "legal vacuum" in Kiev, "it was the Americans who came to the fore, and not the Europeans."

Quite right, add on my own. Firstly, a high-level American diplomat spoke a well-known “factor” to the European Union, even if it was a telephone one. Secondly, the Germans strenuously promoted the Klitschko fighter with fire extinguishers to Kiev, but the American protégé Yatsenyuk became the prime minister.

Comrade Churkin, whose words lead "Vesti"He also said that the UN peacekeeping operation in Ukraine is unrealistic: "... the UN peacekeeping operation is completely unrealistic, since Ukraine is a very big country." The presence of the OSCE is enough in Ukraine. “Let them observe what is happening there,” said Churkin. “It seems to me that it is hard to imagine any other presence at this stage.”

In the past few days, many experts and analysts spoke on the Ukrainian topic.

Mr. Freeman believes that Kiev must take control of armed groups (talking about the "Right Sector" and units within the National Guard under), and otherwise he will suffer. In his opinion, Western countries, calling for additional sanctions against Moscow, are in a losing position. In addition, Freeman considers the Ukrainian government "illegal."

Regarding those Western states that declare that the US should impose additional sanctions against Russia, the political scientist said: “Organizing constant attacks on Russia, including expanding the missile defense system, is counterproductive. Many politicians in the USA and Great Britain declare that such a situation may lead to war, because Russia will not accept this. The Obama administration and the British government, which support the sanctions, are now in a losing position. ”

In many respects, he agrees with Lawrence Freeman, another expert - the British expert in international relations, the chief editor of the journal Politics First, Markus Papadopoulos. His opinion leads RIA News".

The expert believes that Arseniy Yatsenyuk and Oleksandr Turchynov would not have been able to remove Yanukovych from power without the US help.

The billions of dollars that Washington allocated to Kiev led Ukraine to a civil war, the expert believes. The US seeks to maintain influence on Ukrainian politics through NGOs and the media. Why? And because Ukraine is an important element of the conclusion of Russia in the ring of isolation, Papadopoulos said.

“With this money, the United States has now put Ukraine on the brink of civil war. Will the Americans go to the de-escalation of the crisis, allowing Ukraine to deal with its own affairs? Or will they, according to their intentions, pull her into a western orbit, thus completing the encirclement of Russia? ”Papadopoulos did not tell the RIA correspondent.“News", He did not ask him.

The analyst is confident that if parts of the former Yugoslavia, as well as Libya and Syria, have survived or are experiencing difficulties, then the future of Ukraine looks bleak. The inhabitants of Ukraine are simply “pawns”: “Following Pax Americana to Washington is of paramount importance, and Ukraine and its inhabitants are just pawns in a dangerous game, started by the Americans.”

Papadopoulos also recalled that since the collapse of the USSR, the White House administration has not ceased efforts to maintain US global domination. Washington tried to surround Russia with NATO countries and delivered strikes at its Russian allies - from Yugoslavia to Syria.

As for the American strategy towards Ukraine, Papadopoulos said about this: “In accordance with the Pentagon's strategy of 1992, better known as the Wolfowitz Doctrine, Washington made significant progress in encircling Russia by ensuring the overthrow of governments in countries that had close relations with Russia. However, Ukraine is a key element in this task for the United States. ” The expert added: “It is located in the underbelly of Russia and has a huge military-industrial complex closely related to the Russian one. The inclusion of Ukraine in NATO and the EU will allow the United States not only to gain a military advantage over Russia <...>, but also to weaken the Russian armed forces, which depend on Ukrainian factories that produce weapons components ... American cartels can take over these Ukrainian factories and provide the US authorities with the opportunity to influence against Russia with the help of a carrot and carrot, as well as blackmailing when discussing international issues, just as Bill Clinton used Russia's dependence on the IMF in the 1990s to get everything he wants from Boris Yeltsin. "

The outcome of Western politics considers the conflict in Ukraine and the ex-president of the Czech Republic Vaclav Klaus. His opinion leads Leonid Sviridov (RIA News").

The former Czech president stated that the West provoked an insoluble conflict in Ukraine. Klaus said this in an interview with Czech television. Here are his words: “It was not Russia and not Putin who were the cause of what broke out on the Kiev Maidan. The situation turned over Western Europe, the United States. "

The ex-president of the Czech Republic believes that Ukraine is too complex an organism that cannot decide itself where to go - to the West or the East. “I said, do not put pressure on Ukraine, you will destroy it, destroy it. That is what is happening now, ”comrade Klaus noted.

How to solve the Ukrainian question? There is an exit. It is necessary to refuse external interference in the affairs of Ukraine. According to Klaus, citizens of Ukraine should independently determine how they live.

As for monetary assistance to Ukraine from the West, the ex-president of the Czech Republic simply ridiculed this idea: “This is a very funny help. I wonder how much the vice-president Biden’s flight to Ukraine cost, isn’t that about that? I do not believe that Ukraine will be helped. ” Klaus also explained that he is not a supporter of the "international distribution of money."

Thus, three different experts have an almost identical vision of the processes taking place in Ukraine and around Ukraine. First, the West is to blame for the conflict, first of all the United States, and by no means Russia. Secondly, the geopolitical goal of the Americans is to ring Russia. For this, the Americans need Ukraine. Thirdly, external pressure on Russia could provoke a civil war in Ukraine.

Comrade Churkin, whose voice is consonant with the voices of independent experts, is absolutely right: the main radical elements that set the tone for the whole conflict, who wrote his script, are the Americans.

Of course, the White House will not back down from its Ukrainian (read anti-Russian) plans. And at the end of May it will become clear what kind of power Ukrainians will lead to their bright American future.

Observed and commented on Oleg Chuvakin
- especially for topwar.ru
Ctrl Enter
Noticed oshЫbku Highlight text and press. Ctrl + Enter
We are
Situational analysis of the death of the MH17 flight (Malaysian Boeing 777), made on the basis of engineering analysis from 15.08.2014Results of the week. “Now Humpback! I said: Hunchback! ”
Military Reviewin Yandex News
Military Reviewin Google News
50 comments
Information
Dear reader, to leave comments on the publication, you must sign in.