I am a North Caucasian. I am a patriot of Russia. I love Russia 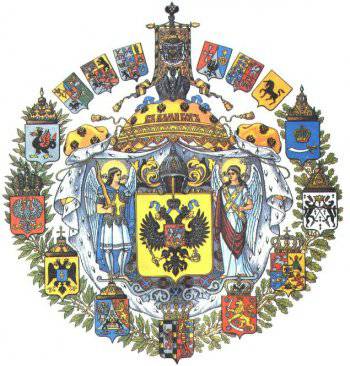 I am a North Caucasian. I am a patriot of Russia. I love Russia. My way of speaking is disgusting to many. Outlined tough, without snot and false false correctness. I advise you not to read the article to those who can not wean the mutton hypocrites and hypocrites from the bleating.

2. There is a national idea in Russia. But in some nations she sleeps soundly. It is necessary to wake her up by shaking our brains, and not to wait for the “wise” program from the authorities. The authorities don't give a damn about us. For example, you need to think about the problem of the army. Many blame the North Caucasians for their bullying Russians in the army. In fact, this is not only an army problem. What is happening in the army is a "magnifying glass", through which you can clearly see the problems of our entire society. By the way, among the Russians there are quite a few soldiers in the army who are not inferior to Caucasians with their solidarity and fortitude. Russian, basically, strong, inflexible people. So you need to wake up this spirit. Is this not a national idea? STANDING A FRIEND FOR A FRIEND, AS FOR YOURSELF. Not to scold the North Caucasian soldiers, but to rejoice at the fact that by their example they make others think about the strength of unity. A clever mother is not the one who saves her son from the army, but the one who spits in his son’s face if he is bothered by the idea of ​​joining the army. Yes, my countrymen in the army are barzing. And what is left for them to do when the others behave like sheep? Is it possible to respect not respecting yourself? I remember my young years. I grew up on a daring street. In those days, the Russians were no less daring than the Caucasians, and were more united than they are today. The task of the national idea is to foster in the Russian youth an understanding that if one Russian is humiliated, the whole nation is humiliated. Old-timers in the army humiliate their own comrades-in-arms, although they see an example when a Caucasian old-timer does not allow himself to insult a fellow countryman. Yes, a recruit and will not allow himself to offend anybody else or his own. Why do I bake about the solidarity of the Russian nation? Because we, the peoples of Russia, live in one country. We, Caucasians, are few. But if the Russians are aware of the strength of cohesion, then in the country the scum of thieves sitting in high offices will not be able to lower the country. All our troubles, including rampant alcohol, drugs, debauchery, bureaucracy ... emanate not so much from thieves and traitors, but from our fragmentation. And the peoples in the Caucasus have problems between themselves. We need to take the best of each other. There is something to learn from Russian Caucasians and Russian - from the Caucasus.

3. Physical education must be promoted. However, it is more important to increase self-esteem. There is no man stronger than another. Even a world champion is no stronger than a regular guy. No muscle is stronger than bricks. There is no power stronger than a united people, where EVERYBODY COSTS EACH OTHER, AS FOR YOURSELF. But there is no cohesion against villains where there is no sufficient level of self-esteem and an effective sense of shame for the mess in the country. Would the bastards of Basayev and Yeltsinists be able to brew the war if the nations were united against the villains? Aces on both sides were the tuzikas of their own home-made masters, and thousands of Chechens and Russians died. If there were enough dignity in us, then could debunk and drugs on us? And here a lot depends on the Russians, for they are the majority.

The strength of the country in cohesion not only among the peoples, but also between the peoples of the Russian Federation. It is necessary to enrich each other with cultural values ​​that are millennia old, and not follow the abominations introduced to us from the outside. We, like centuries ago, are in a shaky, hostile world. If we do not think again, they will fry us like Serbs or Iraqis. It is time to realize to all of us that power and prosperity are next to us. It is only necessary to STAND A FRIEND FOR A FRIEND, AS FOR YOURSELF.

I apologize for the impediment.