Russia has the right to help the South-East of Ukraine 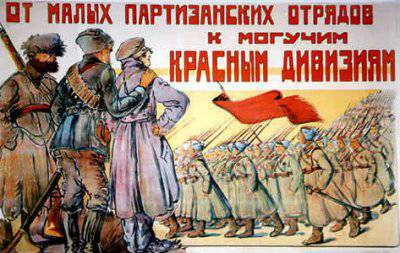 The protesters are in a difficult and strange position today, defending their human dignity South-East of Ukraine. In fact, in the blockade. The units of the Kiev junta faithful surround him with checkpoints, the CU-CIA together with the militants of the Right Sector attack civilians, and continue to arrest and kidnap protest activists, “unidentified persons” make armed attacks on fortified militia stations of the Donetsk Republic. There are victims.


The borders of Ukraine are closed for the Russians, even a journalist is not easy to overcome, and under the pretext of possible assistance to the insurgent Pitmen. This is done for show, demonstratively. Through the border of Ukraine is not allowed already to relatives. “This is just a madhouse!” Said the guy who was driving home to his mother at the border.

It is clear that with such a policy of “de-escalation”, the Donetsk Republic and the entire South-East of Ukraine will soon become a zone of humanitarian disaster, man-made disaster, which, it seems, the Bandera authorities set themselves the goal ...

However, what a stark contrast of the South-East protest with the Bandera "peaceful protest" of well-armed militants in Kiev! Tokmo for the sake of European values, and free travel to Europe, they defeated the center of Kiev - dozens of policemen were killed, thousands of civilians were injured! - made an armed coup d'etat, with the full approval of this outrage by the Western public and governments.

The West then provided extensive humanitarian and other assistance to the militants: with money, touching plots in the Western media, and finally, cookies directly from the US State Department from Victoria Nuland. Washington provided a political "roof" for Banderovites, and blackmailed sanctions against the legal government of Ukraine, in the event of resistance to the militants, which eventually led to the seizure of power by them. Justifying this banditry, the Western organizers called it "revolution", but then it is Bandera and neo-Nazi "revolution".

Today, the Russian-speaking Donbass, for the Russian Ukraine, for the right to speak Russian, for the values ​​of the “Russian world”, came out against this Bandera “revolution” - and was blockaded by Washington and the democratic Western public. What a touching unity of the West with the Ukrainian Nazis! And US Vice President Joe Biden had the nerve to threaten Russia with sanctions "if supported by the protesters in Ukraine"!

But, if Bandera "have the right" to the nationalist "revolution", then the South-East of Ukraine has the full right to a democratic revolution! And Russia has the right to support it!

Russia is today in a situation in which the West has just been, and should probably act just like the West on its Maidan. That is, to provide the protesting South-East with any assistance that is not prohibited by law, and to demand from the Kiev authorities non-use of violence against the protesters. To demand to open the border for humanitarian aid, but not to open it — to turn to medicine that the West immediately prescribes in such cases — sanctions that refresh the mind! So that there is no need to deal with the consequences of a humanitarian catastrophe.

In the meantime ... the OSCE cannot find traces of Russian intervention, and in order to justify Washington’s trust, it has to see "signs" of a foreign presence. The OSCE, I remember, was not on the Maidan, and the Russian humanitarian presence should soon become tangible and effective in the South-East of Ukraine, like the presence of the West on Maidan.

... Joe Biden visited Kiev the other day, where he embraced Yatsenyuk, talked about democracy with Turchinov. Everyone expected that he would call Ukraine the next “torch of democracy”, as he called Georgia at the time under Saakashvili, when he also visited her with a blessing visit. The Georgian “torch of democracy” turned into an attack on South Ossetia, persecution, murder and torture of opponents of the Saakashvili regime. The new Georgian authorities are demanding that Saakashvili face the law, but he is hiding in the United States ... there's nothing to be done, the States are a gangster country!

So Biden's visit to Kiev is a very bad sign for the Kiev junta, and a warning that she will not stop at the murders and torture of her political opponents, as well as Saakashvili. But Russia will not allow the latter, she remembers the Georgian “torch of democracy”, and it's time to remind him of Biden and Washington.

Ctrl Enter
Noticed oshЫbku Highlight text and press. Ctrl + Enter
We are
The head of the DPR visited Gorlovka, the cadets took the oath, and in the "Olympic" hosted the forum "Donetsk Republic"Situational analysis of the death of the MH17 flight (Malaysian Boeing 777), made on the basis of engineering analysis from 15.08.2014
Military Reviewin Yandex News
Military Reviewin Google News
184 comments
Information
Dear reader, to leave comments on the publication, you must sign in.