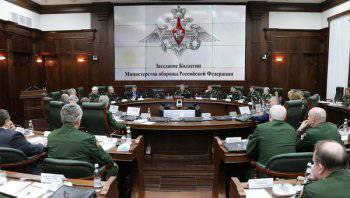 RIA News" reports that the Russian Defense Ministry published on the government’s website a progress report for the past year. The results of providing the military, including those who were transferred to the reserve, with official and permanent housing, the development of an accumulative mortgage system, and the introduction of housing subsidies were summed up.

According to Sergey Pirogov, the head of the housing department of the Ministry of Defense, this year the department should receive more than 10 thousands of apartments in the capital region. In addition, the amount of compensation to the military for rental housing will increase almost three times. In 2014, the agency will begin a preliminary distribution of housing that is still under construction, which will allow future new settlers to follow the construction progress.

Ctrl Enter
Noticed oshЫbku Highlight text and press. Ctrl + Enter
We are
Smooth only on paper. Officials slow down the implementation of the presidential decreeThe Ministry of Defense became the creator of the army of the homeless
Military Reviewin Yandex News
Military Reviewin Google News
15 comments
Information
Dear reader, to leave comments on the publication, you must sign in.