Lukashenko: "We will be with Russia" 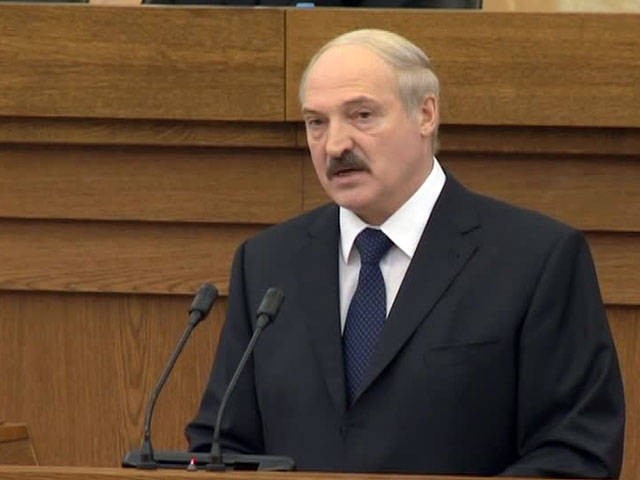 Belarus remains a reliable strategic partner for Russia, and for Minsk this is a priority task of foreign policy. This was stated by President of the Republic Alexander Lukashenko, speaking with an annual message to the Belarusian people and parliament.

The President of Belarus annually addresses with a program message to the Belarusian people and the parliament. Traditionally, it denotes the main vectors of the country's development for the next year: summing up the country's development and the designation of the most acute problems. There is progress in an unequal battle against corruption, slow devaluation occurs, but the situation in the economy - driven, which means stable. The main ally is still the Russian Federation. And priorities in foreign policy have not changed.

“Whatever happens, we will be with Russia,” says Alexander Lukashenko.

There are many people who want to drive a wedge into relations with Russia, but the Belarusian leader has a short conversation with them. "Whatever they say to me today: that Russian borders have settled on our borders Tankshaving mixed up our borders with the Ukrainian, that the ambassador (to Russia in Belarus Alexander) Surikov is preparing to become president of Belarus. But, of course, all of them - a kick outside the door, "Lukashenko says.

The complexity of the historical moment does not frighten Alexander Lukashenko. According to him, in Belarus today it is impossible to shake things up. He even remembered the long-forgotten term "enemy of the people."

“The government is ready for a controlled, gradual and life-dictated revolution, but I’m against destruction to the ground. Anyone who calls for rebellion is the enemy not only of the government, the president, it’s, above all, the enemy of our country, the enemy of our people. Such radicalism will be suppressed initially, we will not bring the matter to provocations and clashes, ”promises the Belarusian president.

It was simply impossible to walk past the Ukrainian theme. Alexander Lukashenko called the weak economy and endemic corruption the main causes of the crisis among neighbors, and promised that it would be difficult for Belarusian corrupt officials to even breathe. “In order to look confidently into the future, we must look not only into the past, but also look around. Learn not only from our own mistakes, but also from the mistakes of our neighbors,” says Lukashenko.

But also for Western partners, whose participation in the Kiev events is obvious, the Belarusian leader is always ready to have a kind word. "There is a certain line, a certain Rubicon, through which no state can cross without fearing what it will receive in the face," he said.

Alexander Lukashenko reassured his impressionable neighbors: no one is going to attack Ukraine. But in NATO, no one is waiting for it. “Lukashenka will not come to Kiev today. And Putin will not come to the tank. In general, I don’t believe in Ukraine’s membership in NATO,” the Belarusian leader said.
This year, the speech of the Belarusian president did not differ either in length or brightness - the impression was that Alexander Lukashenko carefully chose his words as never before And although he addressed them to an internal audience, he expects a reaction from the outside.