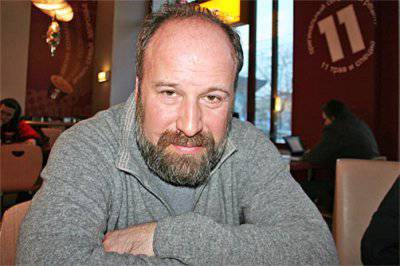 Well, everything fell into place. The United States has invested billions of dollars in a project to promote democracy in Ukraine. This information was confirmed by the Assistant Secretary of State for European and Eurasian Affairs Victoria Nuland in an interview with the American channel CNN.


“This money was spent on maintaining the aspirations of the people of Ukraine for a stronger and more democratic government that represents their interests,” Nuland confirmed. However, she immediately made the reservation that the United States is not involved in the support of Maidan. "The United States did not spend money on supporting Maidan, it was a spontaneous movement," she said.

Next in line are “fair, independent elections,” which, of course, will reflect only the will of the people. To increase the degree of honesty, the Department of International Development of the US State Department allocated 11,4 million dollars to the elections. According to State Department spokesman Jen Psaki, this will contribute to "free, fair and peaceful elections."

It's amazing how much lies and delusions can fit into several lines. And this lie and nonsense is already becoming a lifestyle - they just do not notice, do not understand what they are saying.

How can you allocate billions of dollars to "democracy" and get around Maidan, which is the engine of "democracy"? It's like, filling the car, pouring gas into the cabin, in the trunk, in the glove compartment, but not in the engine. How does money (big or small) contribute to “free, fair and peaceful elections”?

This is impossible by definition - the position on candidates is either in the head or not, and if it arises, changes or disappears thanks to money, this is the best sign of slavish, deceitful and biased elections. But they do not understand this and, it seems, they really believe that where there is more money, there is more democracy there.

Not to mention the fact that it has long been openly talking about the role of the United States in the organization of Maidan. American political scientist Stephen Wiseman in his study described in detail the mechanisms of promotion of the Maidan by the State Department.

The scheme is simple. First, through a certain Rybachuk, who led Yushchenko’s election campaign in 2004, and then the former Deputy Prime Minister for European Integration, a group of several dozen public organizations of the opposition type was created in Tymoshenko’s government (two puppets).

These organizations receive funds from the Soros Foundation and Pact Inc. - One of the contractors of the United States Agency for International Development (USAID).

From these structures, with 2008, millions of dollars are pouring into the opposition in Ukraine as part of the Ukrainian National Initiatives to Promote Reforms program (in 2013 alone, more than 7 million dollars were allocated).

It is these organizations “within the framework of free expression of will” that are holding protests against Yanukovych according to the schemes and technologies of American PR. A coordinator for the State Department from the State Department is ... that Nuland and the US ambassador to Kiev, Payette.

"With all the courage of the Ukrainian minorities on the barricades, Payette and his team spurred on the protests in Kiev and tried to control them, although they did not succeed in it fully," the author writes.

He notes that in August of last year Payette allocated about 50 thousands of dollars for the newly created Ukrainian opposition Internet TV channel Gromadske TV, whose team, including the chief editor Roman Skrypin, was recruited from previously American-funded media.

Another about 30 thousand dollars during the protection of Payette to the specified channel should have been allocated by the Soros Foundation. And the most money - about 95 thousand dollars - was received by “Gromadske TV” from the Embassy of the Netherlands. As “Rossiyskaya Gazeta” notes, “Wiseman is sure that“ the Ukrainian society of American officials was not particularly interested in “democracy, corruption and other declared problems”.

This, in his opinion, is evidenced by the fact that the entire network created by the Americans, including the Rybachuk and Gromadske TV NGOs, acted rather in a preventive mode until Yanukovych was going to sign an association agreement with the EU - this was for the US much more important than the problems of ordinary Ukrainians.

The hour of Payette and his charges broke when 21 November, the President of Ukraine turned away from this path. Here the network created earned at full capacity. After just a day, Gromadska TV, a pre-created online broadcasting, began its online broadcast.

The latter is particularly interesting if we recall that a similar situation was in Russia in 2010 year. February-March of this year is a time of high protest activity. 10 March 2010 of the year opens the site and begins a large-scale campaign under the slogan "Putin must go."

March 20 - mass rallies in many Russian cities, ranging from Kaliningrad and ending with Moscow and St. Petersburg. The requirements are the same everywhere — Putin’s resignation.

It was at this time that Navalny has time to quickly complete his studies at Yale University, and after that he quits fighting for the rights of minority shareholders, which he was very passionate about, and suddenly switches to the “fight against corruption”.

And in the autumn of the same year, Navalny was already basing his “Rospil” and already speaking at the Helsinki Commission of the US Congress during hearings, the subject of which was corruption in Russia, communicates with its head, Senator Cardin and calls on the United States for sanctions against Russia in connection with Magnitsky.

The latter, apparently, was an American citizen and, together with criminal Criuder, stole money, and his death simply spoiled the plans of the United States. It is also interesting that at this time - April 27 of 2010 of the year - the very “independent” Sindey so-called begins to broadcast. “TV channel” “Rain”, which, obviously, was also part of the overall plan for the promotion of the anti-Putin protest movement.

After all, the certificate of registration (EL number 77-36551) "Rain" received almost a year before the start of work - 11 June 2009 of the year. What prevented starting work earlier? Obviously, that everything had to happen at the same time. Rallies, their coverage and active promotion of Navalny for the role of "opposition leader".

That is absolutely the same thing. Only in Russia it did not pass, but there passed. But this does not mean that the United States will retreat. Everything that happens in Ukraine is directed, first of all, against Russia. This is evidenced by the appointment of the new US ambassador to Russia, Tefft, whose biography is so eloquent that it does not require special explanations.

Tefft (attention!) - the former head of the diplomatic mission in Kiev (from 2009 to 2013 a year), previously served as ambassador to Georgia and Lithuania, is known as a tough negotiator who is not inclined to compromise and has repeatedly criticized Russia.

“American diplomatic sources say that such a choice should be an“ unequivocal signal to the Kremlin. ” Soon Nemtsov, Bulk and Chirikov will be drawn for the money and instructions. And off it went again ...

So - the enemy does not sleep.

Author:
Boris Yakemenko, historian, member of the Public Chamber, head of the Orthodox corps of the Nashi movement
Originator:
http://vz.ru/opinions/2014/4/22/683311.html