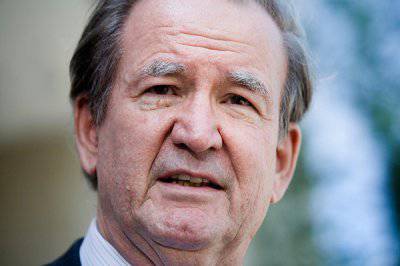 Washington is buzzing with talk about the introduction of American troops in Eastern Europe. But if we have not lost our mind, we will not fight with Russia because of Ukraine - this territory has never been viewed by the Americans as vital for the United States.


Before we start sending troops to Eastern Europe, as we did it 65 years ago under Harry Truman, let's ask ourselves: what destroyed the USSR? The American army, never crossed the Elbe and did not fight with the Red Army?

Not. What made the republic separate? Nationalism destroyed the empire. Gorbachev allowed the republics to secede from the USSR, because Russia was not only tired of forcing them to unite, but also wanted to become part of the free world.

If Putin wants the Russians in Ukraine and Belarus to become part of Great Russia again, does this mean that he also wants to unite the Bulgarians, the Romanians, the Poles, the Hungarians, the Czechs or the Slovaks under Moscow's hand?

His rating, close to 80%, is so high because he returned to Russia the role of the creator of a new world order. This is patriotism: not at all what we are accustomed to seeing at NATO, as part of which there are only idlers.

If the Russian army entered the territory of Ukraine, it would inevitably face the resistance of the population. But if Eastern Ukraine wishes to join Russia or become an independent autonomous region in May, why should we oppose it?

Are we not the proud descendants of people who wanted independence from the UK in 1776?

Why can we recognize the separation of Scotland from Britain, Catalonia from Spain, Venice from Italy, Flanders from Belgium, but the democratic separation of Donbass from Ukraine is a problem for us?

Nationalism is a threat to nations, but despite this, patriotic sentiments are growing in the world every day. For example, China’s claims on the Japanese islands caused a surge of nationalist sentiment in Japan after World War II. Japanese nationalism, in turn, spawned anti-Japanese sentiment in Korea.

India is indignant because of the presence of the Chinese Navy in the Indian Ocean. China, in turn, is facing resistance from the Vietnamese and Malaysians because of the South China Sea.

In the north-west of China, the Uygurs demand the separation of the Xinjiang region from under the jurisdiction of the PRC and hope to turn it into East Turkestan.

In addition, Kurdish nationalists pose a serious threat to the unity of Turkey, Syria, Iran and Iraq.

The same situation exists in Europe. Elections to the European Parliament in May are likely to bring the votes of the British Independence Party, the National Front Marine Le Pen and the Freedom Party Gert Wilders.

And just as Russia would like Ukraine to remain outside the EU, these parties also wanted their countries to withdraw from the union.

Nationalism is today. Centralization and globalization are already yesterday.

A new world order is coming. And although, perhaps, the growth of patriotic and anti-globalism is unpleasant news for global elites who are committed to climate change and are struggling against global economic inequality, but the growing influence of nationalism does not represent a big threat to the real interests of the American people.