Russia becomes the bearer of ideology, which is forbidden, but like in Europe 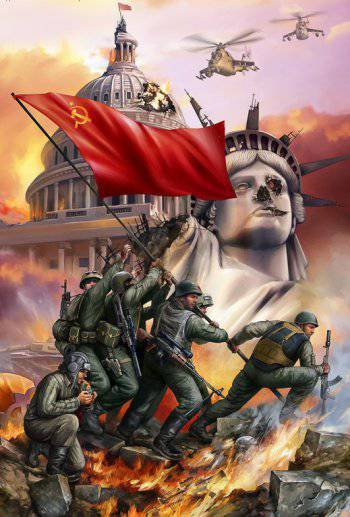 We know a lot about how, how much and why the international community condemns Russia in connection with the Ukrainian events. Much less is said about the reaction of another kind. Other countries, their policies and the press today are striving to understand Russia with all their might. Mind. Explain what has already happened, calculate the future. Understand what kind of country it is, how people live there, what ideas drive them, “who is mister Putin,” why a Eurasian Union is being created, and so on.


Naturally, in such explanations there are many ideological clichés and stereotypes. This is the "cost of popularity." However, sincere (often unfriendly, but truly sincere) interest in Russia is obvious.

Lack of ideas: between tolerance and neo-Nazism

All this is happening against the background, without exaggeration, of epochal changes. The world today - and the countries of the West in particular - is in a serious ideological crisis, which is superimposed on the economic crisis. Citizens still believe in liberalism and democracy, but they already believe somehow without enthusiasm. Traditional values ​​are destroyed, not only by themselves, but also as a result of appropriate actions (sometimes connivance, other direct sabotage) of national governments. Who continue to pretend that they are sovereign power, although in fact they are no longer such.

Hence the logical growth in the popularity of right-wing parties, as those that favor the return of the role and responsibility of the state in politics. Hence the current popularity of neo-Nazism. It is not excluded that Europe may even play out with its policy of tolerance before the restoration of concentration camps - the conservative reaction will be harder, the stronger and longer the spring of public tolerance for different types of deviations will shrink. There is hope that this will not happen. Too dark memories in stories many nations, including ours, left fascism and nazism.

On the other hand, the ideological confusion of the Western countries gives Russia a big head start. Under these conditions, she becomes the bearer of an ideology that is tabooed but in demand. Not only in Russia, not only in the countries of the Eurasian Union, but in the world as a whole. Ideologies in which the government acts in concert with national (rather than transnational) corporations. In which international movements or organizations cannot drive a wedge between society and the authorities. And economic integration is a mutually beneficial cooperation, and not a way of neo-colonial enslavement.

The European press, to the best of its ability in its interpretations, seeks to retouch the ideology and logic of state-building in the actions of Russia. So, lately, we often see how the most important political decisions in Moscow are explained by various kinds of mental deviations - either the president or the people around him. "Putin lives in a fantasy world." Good move. For the time being, it works. While European politicians themselves do not begin to talk, think and act like Putin.

Europe interprets its new-old ideology at the level of party (not yet state) doctrines. In May there will be elections to the European Parliament. What will be the result, we can approximately guess, based on the March municipal elections in France and the April elections in Hungary. In France, the center-right Union for a Popular Movement received 46% of votes, the right-wing National Front party 7%. In Hungary, the ruling Fedsh conservative party gained 44,5%, the ultra-right under the Jobbik brand received 26%.

In other countries, the picture may be different; not everywhere in the EU, conservatives enjoy the support of the majority of the population. But the upward trend will be everywhere. And besides the fact that right-wing parties traditionally differ in skepticism towards the EU in its current form, they also traditionally support Russia. In the Ukrainian issue, in the implementation of the energy strategy, in economic cooperation. Some even supported Moscow during the Ossetian conflict in 2008, but then it was very much contrary to the mainstream.

Therefore, it is likely that within a month and a half there will be a strong bloc in the European Parliament, sympathetic to Russia and focusing on its state models. It would be interesting to learn about this the opinion of American diplomats who, in relation to the current EU leadership, responded: “Fuck the EU”.

Ctrl Enter
Noticed oshЫbku Highlight text and press. Ctrl + Enter
We are
About Stalin and KhrushchevWhat you didn't want to know about England
Military Reviewin Yandex News
Military Reviewin Google News
41 comment
Information
Dear reader, to leave comments on the publication, you must sign in.