As the US will force us to "financial submission", since it does not go to the political 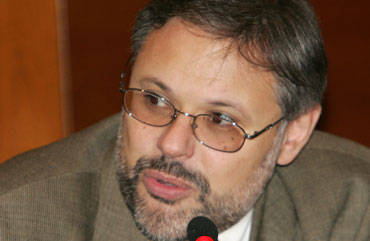 I have repeatedly said that many of the difficulties we face today, in particular, the misfortunes of Ukraine, are simply a consequence of the global problems that humanity has faced today. In other words, similar problems and processes will soon arise in more and more new countries and regions, about which we constantly write on this site. And we need to talk about this more and more often - because a correct understanding of the processes taking place can greatly help in the process of a crisis. The actual economic causes of the crisis have been discussed by us for more than 10 years. They consist in the fact that 30 and more than years of stimulating demand have led to a situation in which households consume much more than they receive: household spending in the European Union and the US exceed their real disposable incomes by 20 – 25%. At present, almost all instruments of stimulating demand have been exhausted - and it begins to fall. It is in this fall in private demand that the basic mechanism of the crisis consists, and there is no reason to believe that it will stop soon.


This theory of ours, however, says nothing about the timing of the beginning of a particular stage of the crisis; here we need to more thoroughly understand concrete details. The 2008 crisis of the year was visible in the sharp rise in private debt, and what threatens us today? According to most experts, this is a “bubble” in the US stock market, which has long been disconnected from the real economic performance of companies and is growing sharply against the background of a stagnant economy. We here, on our website, have repeatedly noted that, most likely, the “bubble” will break through to the middle of 2015. But today there is information that about the same opinion among the leadership of the Fed. In any case, this is the way to interpret the words of Fed Chairman Janet Yellen at a press conference after the last meeting of the Federal Reserve Committee of the US Federal Reserve. She said that by the end of 2015, the Fed's discount rate would rise significantly - to a few percent. Given the current state of debt markets and corporate finance, such an increase will cause massive bankruptcies of households and financial institutions, almost inevitably a serious collapse of the financial system. In other words, an increase in interest rates will either in itself cause another wave of crisis, or else it should occur after the crisis, as a way to reduce the sharply increased inflation. If we assume that the stock market crash will occur until the middle of 2015, then Yellen's words absolutely adequately describe the rational financial policy of the monetary authorities, she only modestly kept silent about the collapse.

This situation means that the United States does not have much time to prepare for a serious weakening of the role of the dollar on the world stage and, accordingly, to strengthen regional currencies. Actually, the maximum that they can count on is a year and a half. And during this time they have to prepare for the fact that the main instrument for managing the situation in the world, the control over the turnover of the world reserve and trading currency - the dollar - will sharply weaken. It is clear that in such a situation they should focus on those currencies that will increase as a result of this wave of crisis. And this reinforcement should be limited as much as possible and, if possible, coordinated with its policy. There are still tools for this, but all the resources need to be directed specifically to the solution of this task, everything else does not play a special role today.

And what currencies, theoretically, can dramatically increase? If you look at our environment, then three: the euro, the yuan and the ruble. And what do we see? The United States dramatically enhances the process of negotiating the creation of a free trade zone between the EU and the US (which actually turns Western Europe into a US trade colony), increases tensions in Ukraine (that is, on the way of the new Silk Road from China to Western Europe), frighten the EU Russia.

Separately, it is worth noting the situation with the ruble. Liberastic (I remind you that this word is used in our Forum to distinguish real liberals, that is, supporters of individual freedom from all violent external influences, from those who stand for "personal freedom" exclusively from the Russian state, but, say, not from the International Monetary Fund or international financial adventurers) the lobby in the government and the Central Bank of Russia is actively trying to prevent the creation of a full-fledged ruble financial system. This is clearly seen from the way Sberbank and the Central Bank agreed on the promotion of a deliberately disastrous project to create a national payment system based on the Sberbank “universal card” (using, by the way, Mastercard licenses). After it became clear that this project was not possible, it was decided to create an abstract joint-stock company, which should do from scratch what has long been done within the framework of the LFS project. However, almost all the actions of the Central Bank today are aimed at preserving or increasing the dependence of our economy on the dollar - and this, of course, is very sad.

Especially - against the background of our country's foreign policy. Here we need to say one very important word separately: sanctions against our country are not at all caused by its actions. This is clearly seen in the reaction of ordinary citizens of the European Union and entrepreneurs from around the world. The activity of government elites of a number of countries against Russia was caused by overt pressure from the United States and is associated with one single reason: that Russia's actions were not previously coordinated with the United States. Another thing is that serious troubles in the economy do not give the politicians of this country the opportunity to deliver a really serious blow. But they can no longer stop - because the refusal of the answer in such a situation causes a shaft of independent actions from all sides ...