April 22 2014
57
President of Belarus Alexander Lukashenko appealed to citizens with a call not to allow the collapse of society in connection with the events in neighboring countries.


In an address to the people and parliament of Belarus on Tuesday in Minsk, the president drew attention to the seething in Ukraine, Russia's attempts to stand in full historical growth, crumbling borders and explosions sounded for the first time in many years in old Europe. 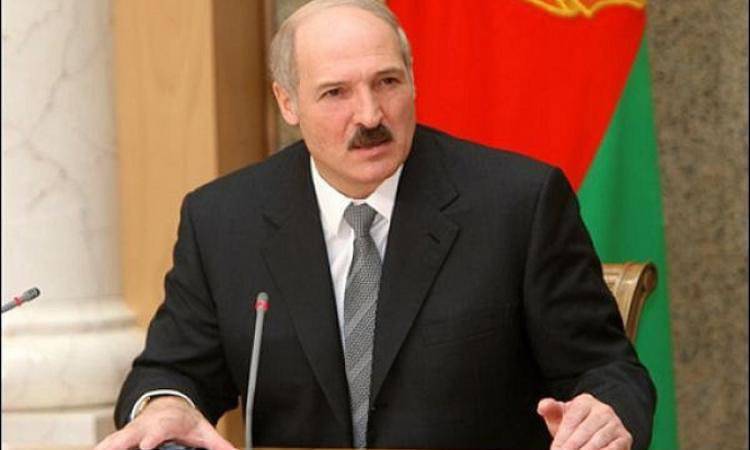 He noted that although the country is not involved in various political upheavals, events in neighboring states have an impact on it. According to him, despite the remoteness of the republic from external conflicts, Belarusians should be worried, since any geopolitical conflicts will necessarily affect the country.
He expressed the opinion that in this situation, citizens should defend the independence of the country, their right to live on their land and independently manage their own destiny.

According to Alexander Lukashenko, the reasons for the Ukrainian crisis are a weak economy and total corruption. He warned about the need to draw conclusions from the crisis, noting that, although in Belarus corruption is not of such magnitude, it is not completely eradicated. He noted that a number of officials receive bribes systematically. As one of the examples, the president cited the former deputy prosecutor general of Belarus Alexander Arkhipov, who tried for a gold bar and a bottle of brandy to help the citizen driving a motorcycle without a driver's license and who had a car crash.

Recall that the political crisis in Ukraine, which broke out at the end of November 2013, began after the announcement by the Cabinet of Ministers of the suspension of the country's integration into the European community. The result of mass protests throughout Ukraine, called “euromaidan”, was the clash of armed radicals with the forces of law and order. As a result of street fights, during which the opposition repeatedly used firearms. weapon and the Molotov cocktails, killing dozens of people. 22 February a violent seizure of power occurred, during which the Verkhovna Rada, in violation of the agreements reached by President Viktor Yanukovych and the oppositionists, changed the Constitution, changed the leadership of the parliament and the Interior Ministry and removed the president from power, later forced to leave the country. February 27 Arseniy Yatsenyuk led the so-called government of national trust.

In conclusion, the leader said that the Belarusian people do not want and should not allow a split in society.

The press service of the head of state announced that on April 21, he submitted to the House of Representatives of the National Assembly of Belarus a bill “On amnesty in connection with the 70 anniversary of the liberation of Belarus from the Nazi invaders”. During this amnesty, 2730 people who have proven their correction will be fully released, and the prison term for 5500 people will also be reduced by one year. During the amnesty, minors, pregnant women, people of retirement age, disabled people, war veterans, citizens affected by the disaster at the Chernobyl nuclear power plant, who have committed crimes that are not grave and especially grave will be released. The latter include murder, rape, trafficking in persons, the creation of a criminal organization, banditry, and terrorism.
Ctrl Enter
Noticed oshЫbku Highlight text and press. Ctrl + Enter
We are
Military Reviewin Yandex News
Military Reviewin Google News
57 comments
Information
Dear reader, to leave comments on the publication, you must sign in.