The US Navy has formed requirements for deck UAVs 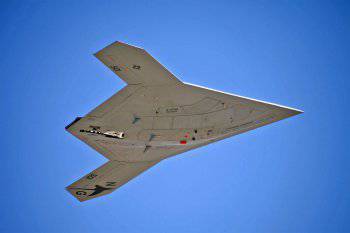 According to the "Military Industrial Courier", with a link to Flightglobal, the command of the US Navy was determined with the basic requirements for promising carrier-based unmanned aerial vehicles. Relevant documents received four US companies that previously reported willingness to participate in the creation of carrier-based drone.


A list of prerequisites was obtained by Lockheed Martin, Boeing, Northrop Grumman and General Atomics Aeronautical Systems. It is worth noting that they have already concluded contracts providing for the draft design of deck UAVs. Earlier, representatives of companies reported that although the basic requests have already been formulated, there has not yet been a demand from the military for the durability and stealthness of UAVs.

In early January of this year, Rear Admiral Mike Manazir, head of the air combat department of the US Navy, said that the military wanted a heavier and larger deck drone than the X-47B, designed to demonstrate technology. According to Manazir, its size should be comparable to the size of the F-14 Tomcat fighter. Manazir noted that a promising machine that will be developed as part of the UCLASS project will weigh on the order of 31.8-36.3 tons.

According to the preliminary plans of the Pentagon leadership, promising deck-type UAVs will be used in the 2019-2021 years.