World backstage against the Russian Empire

1 May 2011
5
This concept, “the world behind the scenes,” was introduced by the great Russian thinker I. A. Ilyin, various authors, researchers, express different opinions about the appearance of “the world behind the scenes”. Some believe that it exists from the time of ancient Egypt and Babylon, someone says about the influence of surviving Atlanteans. One thing is for sure - in the second half of the XIX century it was already.

These were the family-clans of bankers, industrialists, it was only possible to get into this closed environment only through marriage. In Austria-Hungary, France, England, three branches of the Rothschilds ruled; they were related to the German Warburgs, the English Millers, and the Russian Brodskys. Warburg intermarried with the Russian Ginzburg. Representatives of the Rothschild clan in the United States were - D. Morgan, J. Schiff and others. Schiff was tied to Harrimans, Rockefellers, Oppenheimers, Magnuses, Goulds, as well as a British manufacturer weapons Vickers. There was also the Swiss branch of the Warburg, Danish bankers Del Banco were related to them, British and German Shredders were connected with them, and so on. 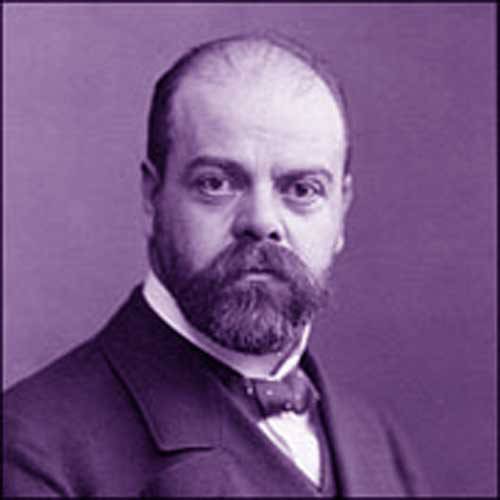 In fact, it was a “financial international”, which defined “public opinion”, through controlled mass media, artists bribed politicians, and could resort to physical elimination if a person was “incomprehensible”. Their power in the "democratic" countries was absolute, because there the victory was won by the politician who has more financial opportunities. The policy was determined in the interests of the financial and industrial elite.

In countries where monarchs were in power, especially in Russia, positions were weaker. In addition to the kinship of "financial International" and its periphery tied Masonic lodges. They provided a selection of personnel, mutual assistance, the necessary communication, dating, coordination. Thus, Jacob Schiff was a member and then the highest hierarch of the B'nai Brit (Sons of the Covenant) lodge, almost all influential US politicians and the founders of the American state were part of the Masonic lodges (or closed clubs). Freemasonry, like kinship ties, was supranational.

These structures developed the idea of ​​a “New World Order”, for example, it was set forth in the “Marburg Plan” (American millionaire E. Carnegie took part in its creation).

"World backstage" considered the Russian empire the main enemy of their "New World Order." She was invincible (though the Crimean War led to defeat, she could not fulfill her real goals) militarily and could claim to be a leader in the world in military terms. She had a large, inferior in size only to China and India, the population, besides healthy, constantly went growth of industrial potential. With the presence of a steel leader, Russia could make a rapid breakthrough in development and become a world leader in economic terms. Even with evolutionary development, without forcing, according to the estimates of many European economists, by the middle of the 20 century, Russia would have become the absolute world leader. The presence of Orthodoxy in Russia, the idea of ​​“Russian messianism,” “Russian cosmism,” was also a threat to the financial international. Russia was a potential leader of a different path of Humanity, the “Russian World Order”, fair, without parasitizing one over the other.

Therefore, the "world backstage" has long led subversive work in Russia, the most famous examples: the assassination of Paul I, the uprising of the "Decembrists", financing and supplying weapons to the Caucasian highlanders, setting Persia and Turkey against Russia, encouraging "democratic" revolutionary processes in Russia. The whole “socialist movement” in Europe was created by a financial international: bankers financed the developers of ideas, newspapers, election campaigns, parties, and through the party leaders controlled the labor movement. Many leaders of the socialist movement were part of the masonic lodges. Marx and Engels appointed Russia as the main enemy of the revolutionary movement in the world because of its stabilizing role.

The socialists in Russia were scattered and had almost no influence on society, but at the beginning of the 20 century, they began to receive strong support from the Second International, and through it the financial International. In 1902-1903, this force created an effective and powerful network for revolutionaries to shoot from Siberian links, they were supplied with forged documents, organized “windows” for crossing the border, supplying batches of revolutionary literature.

An important role in the subversive activities against the Russian Empire was played by the Austrian socialist Victor Adler (he “brought” to the work of Trotsky), associated with the Rothschilds and the special services of the Austro-Hungarian Empire. Another important figure was Alexander Parvus (Israel Gelfand), associated with the special services of Germany and England. He attracted to the "work" of Lenin, Martov and a number of other p-revolutionaries, organized the release of Iskra, began to form the nucleus of a new combat-ready social-democratic party.

In 1904, a war was organized with the Japanese Empire, and in 1905, the 1-i “Russian” revolution was initiated. Both events prepared the same circles - financial international. At the same time, the illegal organizations of the liberals — the future parties of constitutional democrats (cadets), the Union of October 17 (Octobrists) —were created abroad. With the support of Turkish, English, German, Austrian special services, groups of revolutionaries, weapons, and literature were sent across the border. The big disadvantage of the Russian Empire was the absence of a powerful state security structure, such as the KGB, which would be able to stop such activities. Masonic structures, led by Witte, were able to push through the October 17 Manifesto of 1905 of the year, which only aggravated the position of the empire. But the revolution was drowned out, Russia had enough strength to bring down the revolutionary wave - the army, the guard, the Cossacks, the mass patriotic “Black Hundred” organizations, the emergency measures of Stolypin.

In the 1907-1912 years, the obvious revolutionary underground was almost eliminated; those who did not run away from Russia were imprisoned, sent into exile. But in the West, a new strike was being prepared, the US press launched a campaign against Russia for “anti-Semitism”; at the end of 1911, the United States denounced a trade agreement with Russia concluded in 1832. In 1912, an international Zionist congress was held in New York, where G. Loeb (Leeb) set himself the task of “bringing Russia to its knees." For this, they even created a special fund, Schiff, Rothschilds, Warburg, Milner, Baruch and others took part in it. In 1912, their creature was pushed into the post — W. Wilson. At the same time, the rise of the revolutionary movement began in Russia and in Europe (of course, with the financial and organizational support of the world behind the scenes). 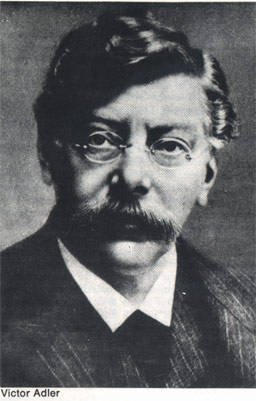 Examples of the preparation of a new revolutionary strike are the formation of “revolutionary tandems”: J. Sverdlov operates in the empire, his brother Benjamin in the USA for 2 of the year (!) Creates a bank (young man, son of an engraver from Nizhny Novgorod) and an office in the center of New York - the bank was engaged in the transfer of money to Russia, how many of them went to the revolutionary underground is not known. At the same time, Jacob Sverdlov is actively promoting the Bolsheviks in the hierarchy. Another tandem: Menzhinsky brothers, one Bolshevik brother, another major banker. Another couple: Trotsky - a revolutionary in exile, his uncle - Abram Zhivotovsky, a banker and a millionaire in Russia. Their relatives were Kamenev-Rosenfeld (married to Trotsky's sister), Martov-Tsederbaum (his sister became the wife of Trotsky's nephew). Zhivotovsky intermarried with the Kiev "aces" Brodsky, and those were related to the Rothschilds, Kagan, Gregor. Thus, Trotsky, Kamenev, Martov entered the clan of the world behind the scenes. This explains Trotsky's quick “career” in the ranks of revolutionaries: in 1905, Adler himself helps him cross the border, Parvus and Krasin take care of him, they introduce him to the leadership of the St. Petersburg Council, after arrest they again organize an escape abroad, they “promote” his memoirs to the level of the bestseller . Austrian special services give him the newspaper of Ukrainian nationalists "Pravda", it is financed, Adler introduces him to the political elite of Vienna.

The next blow, which was to lead to the collapse of the Russian and German empires, the creation of a New World Order, was the First World War. The operation was successfully prepared and launched ...