The embodiment of the Ukrainian caricature into reality. Replica of Maksim Kononenko 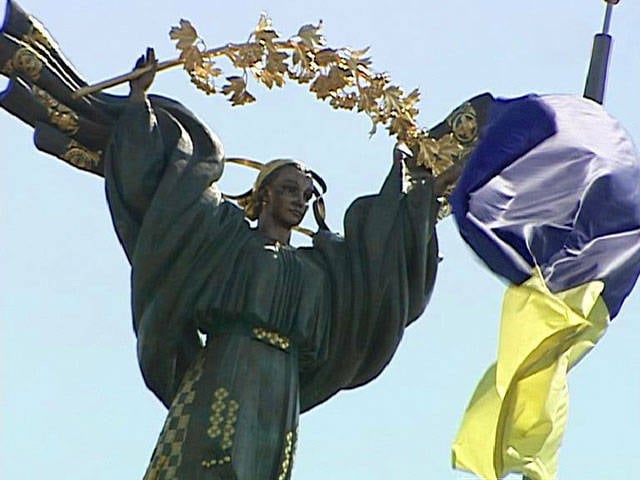 In the film by Alexander Dovzhenko “Shchors”, filmed in 1939, there is a scene of a meeting of the Ukrainian directory chaired by Simon Petlyura. “We need to do something!” Petlyura calls out. “Specifically!”

And the independent socialist Panas Andrievsky replied: "I specifically suggest serving prayers in all Kiev churches. And for three days to ring all the bells. On the occasion of the birth of our statehood. And that all the people go without hats and rejoice."

Of course, the film "Shchors" was an element of Bolshevik propaganda, and the Directory in it was shown caricatured. And who would have thought that after so many years, this caricature suddenly turned into reality.

On Easter Day, a document appears on the website of the Ministry of Internal Affairs of Ukraine, beginning with the words: "This year the Lord sent a test of maturity and strength to the young Ukrainian state."

And further, after the duty words about Ukrainophobes who are trying to drive a wedge between East and West, the members of the collegium of the Ministry of Internal Affairs are turning, you will not believe, to the former soldiers of the special unit "Berkut".

And with what words: "You have always been the elite of the forces of law and order. You did not spare your strength and life for the protection of people. Now Mother Ukraine needs your help and participation as never before."

The document ends with the words - "And the Lord will help us in this!"

Well, the Berkut disbanded by the Verkhovna Rada, disgraced and accused of terrible crimes, was the last line of defense of the constitutional order in Ukraine. It was on them that the self-proclaimed Minister of the Interior Avakov hung all the victims of the mysterious snipers. And now, under the guise of Easter and the name of the Lord, these humiliated people are asked to return and protect those who shot them exactly two months ago in the center of Kiev.

The 74 aphorism from Kozma Prutkov’s book "The Fruits of Meditation" says: "Once you lied, who will believe you?" And if only once!
For example, a quote from the statement by the foreign ministers of Russia, Ukraine and the United States in Geneva: "All illegal armed groups must be disarmed; all illegally seized buildings must be returned to their rightful owners; all illegally occupied streets, squares and other public places in Ukrainian cities and towns should be freed. "

The provisional minister of foreign affairs of Ukraine, Andrei Deschitsa, who signed this statement, was immediately asked: when will the Maidan Nezalezhnosti be released, where the radishes and onions planted by armed people had already risen at the exit of the metro?

And this is what the interim minister replied: "If you carefully read these agreements, then we are talking about the release of streets, roads and squares that are illegally occupied by the protesters. As far as I know, the activists on the Maidan are legally."

Armed militants of the Right Sector, and the National Movement of Resistance to the Russian Aggression, recruited by Yulia Tymoshenko, and even the headquarters of this movement created by Yulia Tymoshenko’s aunt, along with her attention, the Dnipropetrovsk regional council, seem to be legal.

Here you look at all this and ask yourself a question: who in all this junkie with radishes and machine guns will be, as they say, responsible for the bazaar?

This question is answered by US National Security Advisor Susan Rice: "We expect Russia to fulfill its obligations, using its influence to remove military groups from the captured buildings in eastern Ukraine. We will evaluate the actions of the Russian side for several days. If we will not see a positive dynamic in resolving the situation in Ukraine, then we will be forced to impose new levels of sanctions against Russia. "

Do you understand? They will grow radishes there, and we will be responsible for this garden.

It only remains once again to wonder the fads stories. After all, the next sentence of the members of the self-proclaimed Ukrainian directory on Petliura’s demand for specifics in the Shchors film of the 1939 year was: "It is necessary that America recognized us."