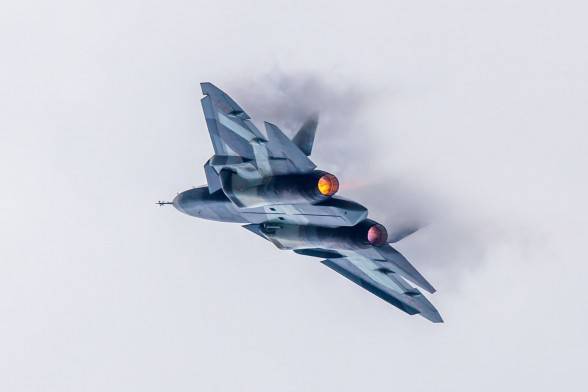 Jet engines in the second half of the XNUMXth century opened up new possibilities in aviation: Flights at speeds exceeding the speed of sound, the creation of aircraft with high carrying capacity, and also made possible mass travel over long distances. A turbojet engine is rightfully considered one of the most important mechanisms of the past century, despite the simple principle of operation.

The first Wright Brothers aircraft, independently detached from the Earth in the 1903 year, was equipped with a piston internal combustion engine. And for forty years, this type of engine remained the main aircraft. But during World War II, it became clear that traditional piston-screw aircraft approached its technological limit, both in power and speed. One alternative was the jet engine.

The idea of ​​using jet propulsion to overcome gravity was first brought to practical feasibility by Konstantin Tsiolkovsky. Back in 1903, when the Wright brothers launched their first plane, the Flyer-1, the Russian scientist published the work Exploration of World Spaces with Jet Instruments, in which he developed the fundamentals of the theory of jet propulsion. Published in the "Scientific Review" article approved his reputation as a dreamer and was not taken seriously. Tsiolkovsky took years of work and a change in the political system to prove his case. 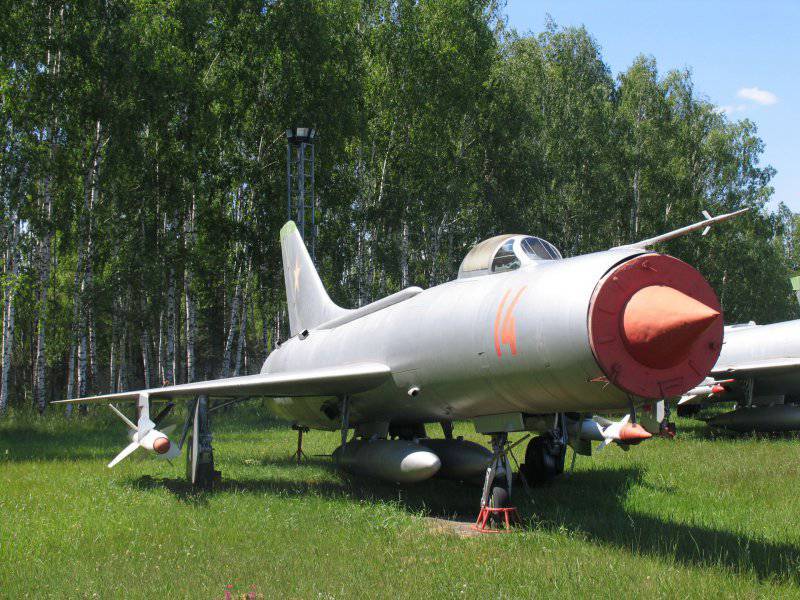 Nevertheless, the birthplace of a serial turbojet engine was destined to become a completely different country - Germany. Creating a turbojet engine in the late 1930-x was a kind of hobby of German companies. In this area, almost all currently known brands were noted: Heinkel, BMW, Daimler-Benz and even Porsche. The main laurels went to Junkers and its first-ever serial turbojet engine 109-004, installed on the world's first turbojet aircraft Me 262.

Despite the incredibly successful launch in jet aircraft of the first generation, the German decisions did not receive further development anywhere in the world, including in the Soviet Union.

In the USSR, the development of turbojet engines was most successfully dealt with by the legendary aircraft designer Arkhip Lyulka. Back in April 1940, he patented his own scheme of a dual-circuit turbojet engine, which later received worldwide recognition. Arkhip Lulka did not find support from the country's leadership. With the beginning of the war, he was generally offered to switch to tank engines. And only when the Germans appeared aircraft with turbojet engines, Lyulka was urgently ordered to resume work on the domestic turbojet engine TR-1.

Already in February, the 1947 of the engine passed the first tests, and the 28 of May made its first flight by a Su-11 jet aircraft with the first domestic engines TR-1, developed by the AM Design Bureau. The cradles, now a branch of the Ufa engine-building software, part of the United Engine Corporation (UEC). 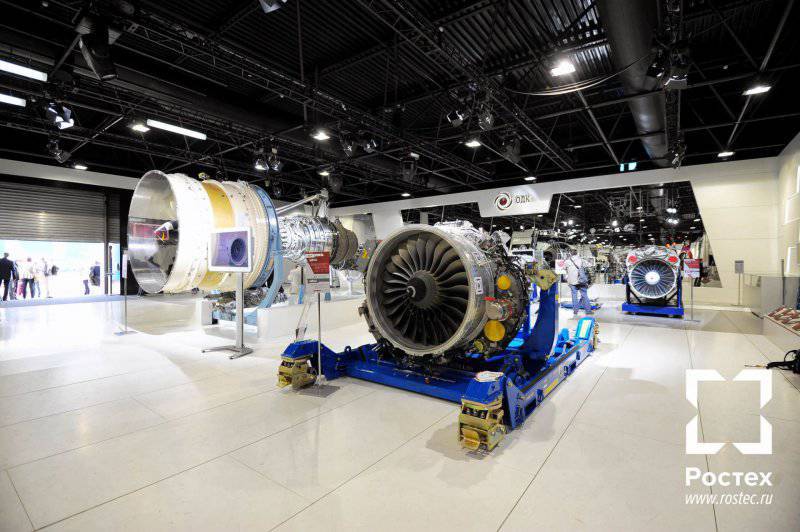 A turbojet engine (TRD) operates on the principle of a conventional heat engine. Without going into the laws of thermodynamics, a heat engine can be defined as a machine for converting energy into mechanical work. This energy has the so-called working fluid - used inside the car gas or steam. With compression in the machine, the working body receives energy, and with its subsequent expansion we have useful mechanical work.

At the same time, it is clear that the work expended in compressing a gas should always be less than the work that gas can do during expansion. Otherwise there will be no useful "products". Therefore, the gas must also be heated before expansion or during it, and it must be cooled before compression. As a result, due to pre-heating, the expansion energy will increase significantly and its surplus will appear, which can be used to obtain the mechanical work we need. That's actually the whole principle of the turbojet engine.

Thus, any heat engine must have a device for compression, a heater, a device for expansion and cooling. All this is in TRD, respectively: compressor, combustion chamber, turbine, and the atmosphere acts as a refrigerator.

The working medium is air, it enters the compressor and is compressed there. In the compressor on one rotating axis, metal discs are fixed, along the crowns of which so-called “working blades” are placed. They "capture" the outside air, throwing it into the engine.

From the combustion chamber, the heated working fluid enters the turbine. It looks like a compressor, but it works, so to speak, in the opposite direction. She spins hot gas on the same principle as the air child's toy-propeller. The turbine has a few steps, usually from one to three or four. This is the most loaded node in the engine. The turbojet engine has a very large rotational speed - up to 30 thousands of revolutions per minute. The torch from the combustion chamber reaches temperatures from 1100 to 1500 degrees Celsius. The air here expands, setting the turbine in motion and giving it some of its energy.

After the turbine - a jet nozzle, where the working fluid is accelerated and expires at a speed greater than the speed of the oncoming flow, which creates jet thrust.

Despite the fact that, in principle, there is no exact classification of generations of turbojet engines, it is possible in general terms to describe the main types at various stages of engine development.

The first generation engines include German and British engines from the Second World War, as well as the Soviet VK-1, which was installed on the famous MIG-15 fighter and on IL-28 and TU-14 aircraft. 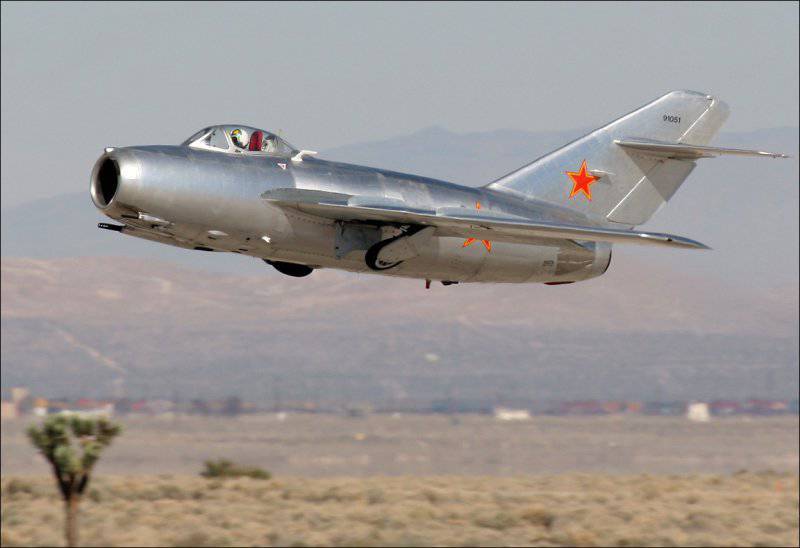 The second-generation turbofan engines are notable for the possible presence of an axial compressor, an afterburner and an adjustable air intake. Among Soviet examples is the P-11F2C-300 engine for the MiG-21 aircraft.

Third generation engines are characterized by an increased degree of compression, which was achieved by an increase in compressor and turbine stages, and the appearance of a bypass. Technically, these are the most complex engines.

The emergence of new materials, which significantly increase operating temperatures, has led to the creation of fourth-generation engines. Among such engines is the domestic AL-31 developed by the UEC for the Su-27 fighter.

Today, the UDC enterprise UDC begins production of fifth-generation aircraft engines. The new units will be installed on the T-50 fighter (PAK FA), which replaces the Su-27. The new powerplant on the T-50 with increased power will make the aircraft even more maneuverable, and most importantly - will open a new era in the domestic aircraft industry.