A resident of Western Ukraine - Makarevich: You never thought, why the people of Ukraine do not support the Maidan? 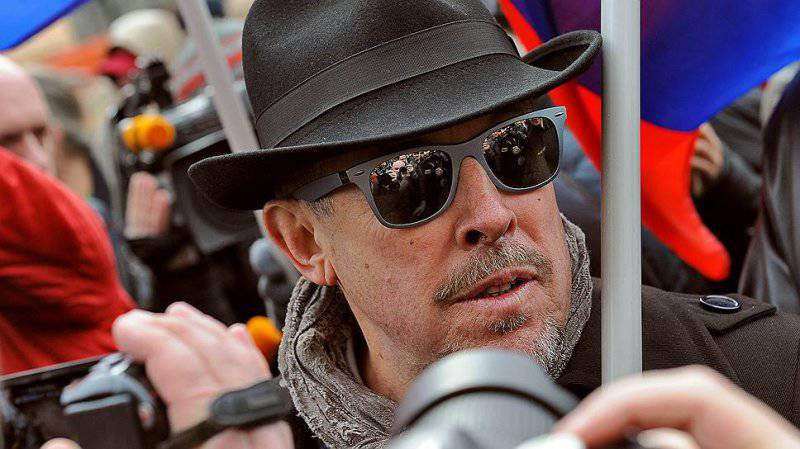 The blogger demkristo published in his LiveJournal an open letter from a resident of Western Ukraine to a Russian actor Andrei Makarevich. We publish the text of the letter without changes.

"Makarevich, I appeal to you as a Russian person living in the western part of Ukraine. This is not a revolution, as you say. Bandero-fascists have seized upon it. Have you been here? You are sitting somewhere in Moscow and under beer you look at how “peaceful demonstrators" kill unarmed Berkut men. Do you know how to be Russian here? And comparing it with Czechoslovakia is inappropriate.

You, smug and self-centered man. Ukraine is a country where the West wants to bend the East all the time. To impose on us our mov, fascist henchmen Bandera and Shukhevych, Russophobic information is going on through all channels, Russians are always viewed as the eternal enemies of Ukraine.

Have you ever been on the Maidan? And I was. Hate and aggression reigns there. Here they seized power. In our city there are no police, prosecutors, customs. Complete chaos. They walk around the city with weapons and they catch someone who does not like them, they are forced to kneel down and simply publicly repent of what and for what is not clear.

They rob houses, harass members of opposition parties and threaten them with physical violence. Have you ever thought that for some reason the people of Ukraine basically do not support the Maidan? And in the elections, he voted for Yanukovych, not for Tymoshenko, although they knew that he was a thief. Have you ever come to your zombie head off?

Do you call Yanukovich a thief? And who are they? Is Tymoshenko holy? Yes, they are just downs just because they sold Ukraine to the West, according to an already developed scenario. I live here and saw 20 for years, every year they organize militarized Bandera camps where militants were trained, and following Bandera’s precepts, who said, “The road to Ukraine lies through Kiev,” 20 has prepared for this for years. And here, the hero city of Kiev surrendered without a fight.

Makarevich, you do not understand. My daughter, for a whole year, spoke only in a whisper, because in her kindergarten they made a remark that she spoke Russian. Was it with your daughter? And when your children come from the lesson stories and they say that they are ashamed that they are Russian ??? You then, as a father, take them out of deep psychological trauma, and teach them the right story.

You sit in Moscow and watch TV, and stupidly.

And with whom do you want to live peacefully? In Ukraine, there is no one ethnic group. Accordingly, there is no unity. And never will be. Too we are different. The East will never accept Bandera and Shukhevych, and the West will never accept the aspiration of the East towards Russia. So you really, try to play it, move your brain and think, which of us do you want to live with? With Bandera West, or the pro-Russian East?

You say the spring unbends in the opposite direction. And then everything falls into place - stupidity can not last forever. Speaking right. Now it is unbent in the other direction, against maydanutyh monsters who seized power. Better get on your knees, and pray to the god, that we quickly piled this Bandera power. That's when we'll live in the world.

PS I don’t hope you understand me. "

“In order to avoid provocations, the full name is not disclosed. Perhaps I will allow myself a comment on this matter. One can deny the presence of freezed Natsik in Ukraine for an arbitrarily long time. You can lie about the fact that everything is not so, and this Russian TV is all zombied. It doesn’t matter if the letter was actually. Many have relatives from Ukraine. And they confirm all of the above. And their opinion is exactly the same, "the blogger commented on the published letter.

We will remind, earlier Andrey Makarevich expressed support to the Maidan. He also took part in the Peace March in support of Ukraine, which took place in Moscow.

Ctrl Enter
Noticed oshЫbku Highlight text and press. Ctrl + Enter
We are
A great interview with Sergey Lavrov: about Ukraine, Obama and IranWhat you didn't want to know about England
Military Reviewin Yandex News
Military Reviewin Google News
353 comments
Information
Dear reader, to leave comments on the publication, you must sign in.