American ambassador Tefft from Ukraine thrown on the "Russian front"

April 21 2014
131
According to the newspaper Kommersant, the administration of US President Barack Obama has decided on the candidacy of the new ambassador in Moscow. They became John Tefft, who previously headed the American diplomatic mission in Kiev. According to the newspaper Kommersant, this appointment indicates that the US administration is strengthening the policy of isolating Russia. 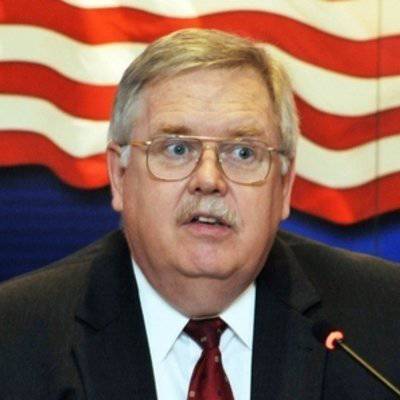 The White House administration began choosing the candidacy of a new ambassador more than 3 months ago, after Michael McFaul announced his intention to leave this post immediately after the completion of the Sochi Winter Olympics.

In the end, after consultations that lasted almost the entire previous month, the choice fell on Tefft.

Jon Tefft as states "The New York Times" they consider the negotiator not inclined to compromise. He often criticized Moscow’s policies, especially after the situation around the Crimea.

This indicates that the White House finally decided on the diplomatic tonality towards Russia.

If this (appointment - note "IN") happens and his candidacy is approved, then Tefft will be a wonderful ambassador, one of the best. Perfect choice.
Ctrl Enter
Noticed oshЫbku Highlight text and press. Ctrl + Enter
We are
The action “Military service under the contract is your choice!” In Rostov-on-Don: future contract servicemen, exhibitions and “Russian Knights”Deputy head of the US Department of State disappointed representatives of Ukrainian society, advocating the creation in Ukraine of its own nuclear weapons
Military Reviewin Yandex News
Military Reviewin Google News
131 comment
Information
Dear reader, to leave comments on the publication, you must sign in.