Veteran of "Berkut": the National Guard of Ukraine is a soap bubble

April 20 2014
196
The Ministry of Internal Affairs of Ukraine called upon former employees of the “Berkut” to return to the service. In turn, the fighters of the special forces themselves perceived this “invitation” skeptically, said Vladimir Krashevsky, chairman of the Association of Veterans of the “Berkut” division. 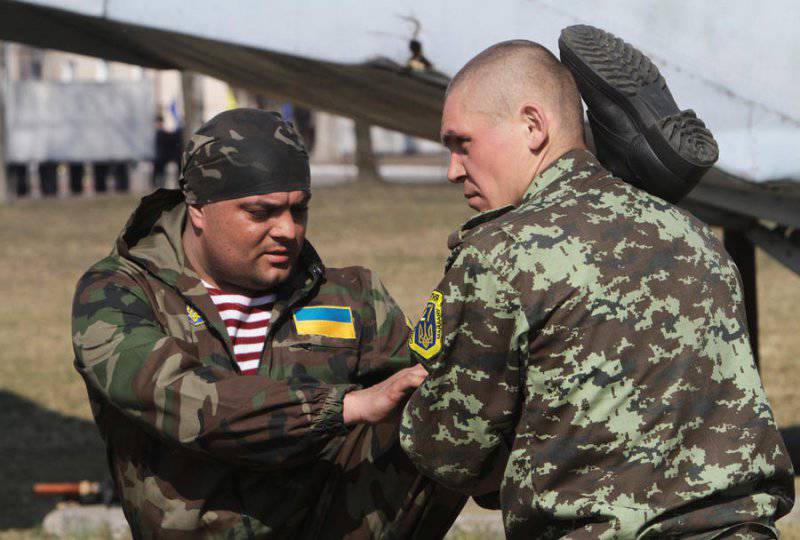 “Now the national guard is being recruited, some other incomprehensible units are incomprehensible from whom. There are both children and old men, no preparation. It’s just a soap bubble, ”said Vladimir Krashevsky, chairman of the Association of Veterans of the Berkut division.

That is why, according to Kraszewski, the Ministry of Internal Affairs of Ukraine called on Berkutovs to return to the service. There are very few professionals left at the disposal of the current authorities to rely on.

“In reality, they do not control anything, the Right Sector does not obey them. Therefore I think that there will be no faith for them on the part of the employees of the “Berkut”, said Kraszewski. He added that part of the berkutovtsy went to Russia, some moved to the Crimea. Many were forced to stay due to everyday circumstances.

Kraszewski recalled that the call of the Ministry of Internal Affairs to the Berkutovtsy sounds against the background of accusations in their direction about the fact that they allegedly shot people on the Maidan. In his opinion, now from the employees of the "Berkut" they intend to make "scapegoats" in this matter.

“I don’t think that at least one division of the“ Berkut ”will respond. As for the Oriental, it is not discussed at all that someone will think about it. They will not go against the people. As for the central and western regions, as far as I know, as long as they refuse. Moreover, they know that now they are really being thrown against the people. ”

Recall, the Collegium of the Ministry of Internal Affairs of Ukraine on the occasion of Easter called upon former employees of the special unit “Berkut” and the Maidan self-defense forces to “unite in the face of external threat”.

“We, the members of the Collegium of the Ministry of Internal Affairs of Ukraine, appeal primarily to former employees of the“ Berkut ”. You have always been the elite of the security forces. You did not spare your strength and life for the sake of protecting people. Now Mother Ukraine needs your help and participation as never before. Let yesterday "Golden Eagle" and "Self-defense" were on opposite sides of the barricades. Now ... all citizens should remember that they are children of a single Ukrainian land, forget all mutual grievances, quench all personal ambitions, ”- said in a statement circulated on April 20.

Ctrl Enter
Noticed oshЫbku Highlight text and press. Ctrl + Enter
We are
Results of the week. "In the queue, sons of bitches, in the queue!"
Military Reviewin Yandex News
Military Reviewin Google News
196 comments
Information
Dear reader, to leave comments on the publication, you must sign in.