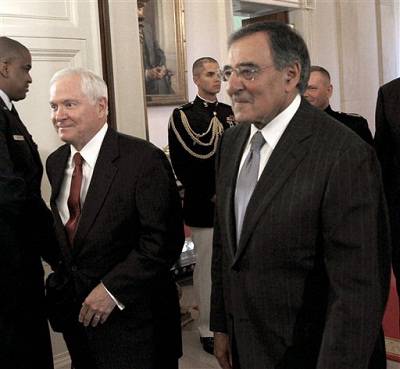 According to US media reports, President Barack Obama intends to appoint Leon Panetta, director of the US Central Intelligence Agency, as head of the country's defense ministry. The current Secretary of Defense Robert Gates prepares to step down later this year.

Panetta was the head of the administration of President Bill Clinton. He also served as Director of the Bureau of Management and Budget and was a member of Congress.

Acting Army General David Petraeus, who heads up the military operations in Afghanistan, will be appointed instead of Leon Panetta to head the Central Intelligence Agency.

But White House officials note that the official announcement of personnel changes will not be made until Thursday. These presidential appointments must be approved by the Senate.
Ctrl Enter
Noticed oshЫbku Highlight text and press. Ctrl + Enter
Military Reviewin Yandex News
Military Reviewin Yandex Zen
Add a comment
Information
Dear reader, to leave comments on the publication, you must sign in.