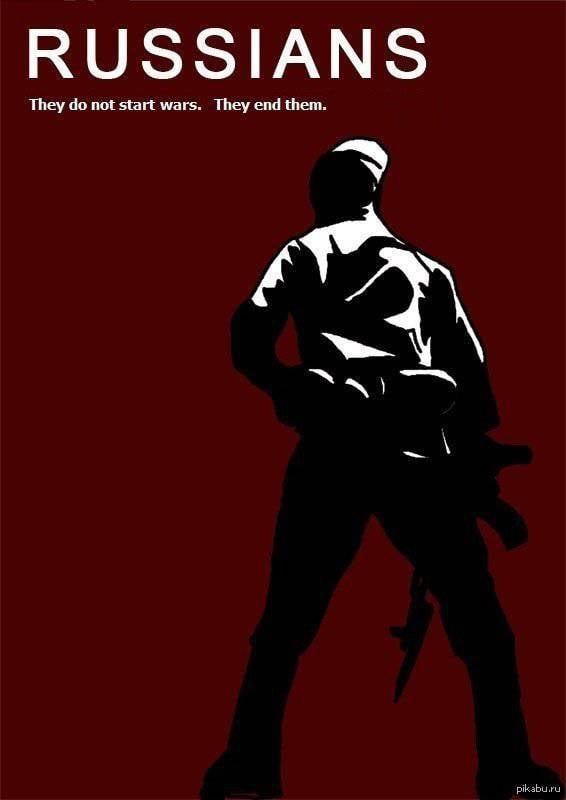 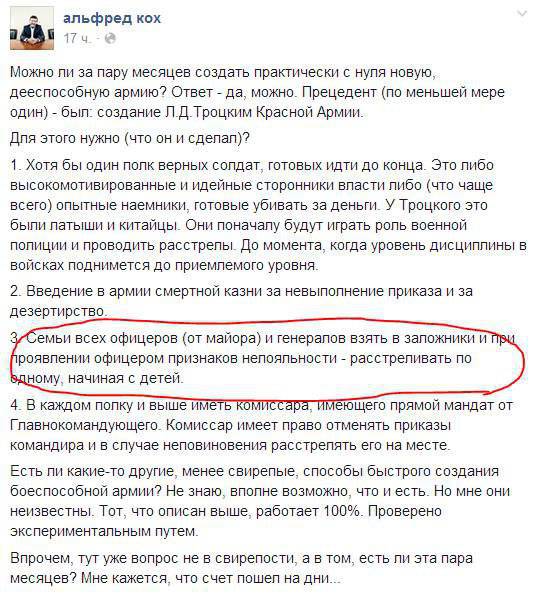 Not only does Koch demonstrate a butcher’s approach to business, calling for the killing of women and children (and the latter one by one), he also history doesn't know well

Unlike the current junta, the Red Army began to form just on a voluntary basis, and white officers honestly (which they, however, often very quickly forgot, for which they were shot without any pity later) were released from the Cheka. At the same time, throughout the entire civil war, the problem of “recruiting people” did not stand before the Red Army - because of the nature of the Civil War, recruiting new fighters among the representatives of the exploited classes went bang.

If, say, the Red Army began to be created using the Koch method, then by the year of 1919 Yudenich would have taken Petrograd, and Kolchak would have taken Moscow. Koch confuses (quite probably deliberately) emergency measures taken during the war to increase the combat capability of the units with the mechanism for creating the Red Army as a system where the same problem of military experts was only partially solved by putting pressure on the former tsarist generals, since a significant part of the old officer corps served the Bolsheviks voluntarily. It’s possible to break spears around Trotsky as much as you like, but of course he wasn’t an obvious idiot, and if, for example, in February 1918 of the year he began to invite officers into the army, threatening to “shoot the children one by one”, it’s easy to imagine how many so he would have gathered people.

The myth about the Latvians and the Chinese comes to us from the times of the Civil War, when the whites are unable to admit that the Russian people rose up against them, blamed everything on the machinations of the Chinese and Latvian troops that the Bolsheviks brought, although the same Latvian generals before the October Revolution.

On the whole, Koch’s plan is a bizarre mixture of historical ignorance and a palaic approach, which, however, is not surprising to the author of a saying that Russia is a finished country. 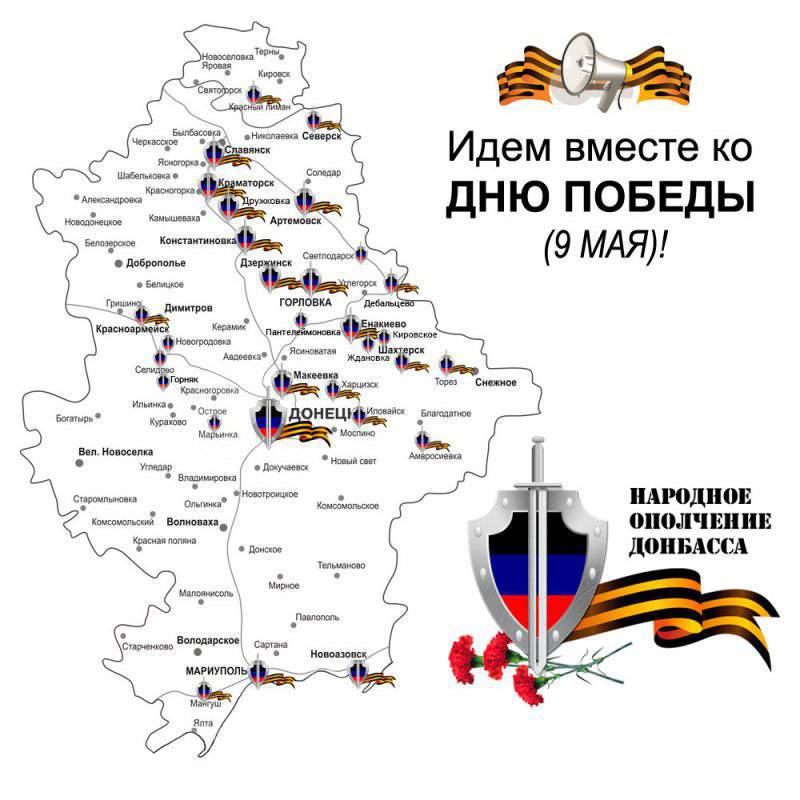 Comrades from Mariupol asked to inform the public that Ukrainian trade unions in Donetsk, Nikolaev, Dnipropetrovsk and a number of other areas put serious pressure on workers of mines and enterprises when they were forbidden to go to rallies against the junta and participate in actions under threat of dismissal and physical violence. disobedience.

Actually, it is no secret that in bourgeois society, trade unions, as a rule, are servants of capital, and in Ukraine, with its primitive oligarchic capitalism, even more so. Therefore, there is nothing surprising in the fact that trade union bosses, as usual, betray the working people, acting on the side of those characters who seized power in Kiev and are preparing the property of the Southeast for a new redistribution. 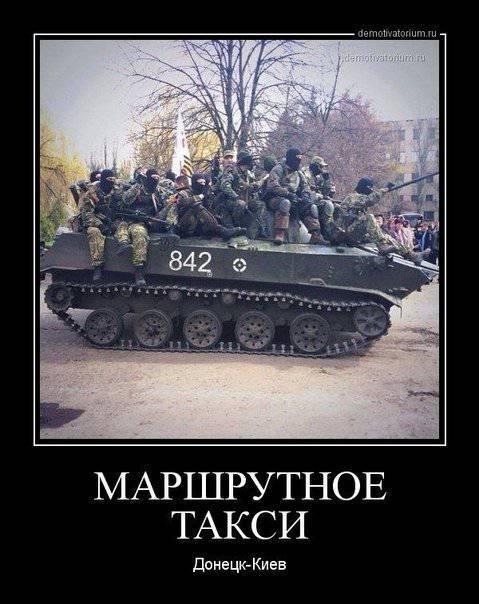