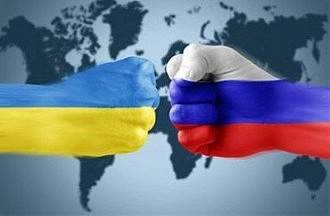 It seems that the greatest good for the country is the complete inactivity of the government.


The Ukrainian authorities decided to launch another trade attack against Russia. This time, a kind of fighting will begin on the automotive front. Now the Ukrainian government is actively considering the possibility of abolishing the duty-free mode of car trade, as well as introducing an 10-percentage duty on cars assembled in Russia, which are imported into our country.

Without a doubt, the blow will be palpable, but it is interesting to understand who will be hit by the duties and who, in fact, will suffer losses in this war — has become the enemy of Russia or ... Ukraine itself.

In 2009, the share of AvtoVAZ passenger car sales in the Ukrainian market was a record 18,86%. In third place after Volkswagen and Mercedes-Benz sales were commercial GAZ - 10,77%.

Sales of AvtoVAZ gradually declined, but the demand for such brands as Volkswagen Polo Sedan, Hyundai Accent, Kia Rio, Peugeot 408, Renault Logan, and others, produced at Russian factories, increased.

From 2011 to 2014, auto imports from Russia declined almost 2 times, and this, at first glance, is a positive nuance, since the population of Ukraine was able to choose from better cars imported, for example, from Germany.

However, the choice is not equal to the possibility of purchase. Thus, the Ukrainians both were “horseless” and remained, because the price of cars imported from outside the Russian Federation is significantly higher.

At the exit, we have the following statistics - the provision of 1000 machines for our residents is lower than in Belarus, for example, in 1,85 times. And if we talk about European countries, then the gap is already in 5, 6, 10 times. Not at all brilliant and far from the richest country in the EU, Poland bypassed us in this matter 3 times.

If the 10-percent duty is introduced, Russian cars will disappear altogether from the Ukrainian market. This is a tangible blow. Only, as I said at the beginning of the article, it is necessary to clearly understand by whom.

According to the consulting company The Boston Consulting Group, in the coming 3, Russia will become Europe’s leading automotive market, overtaking the undoubted European leader, Germany. In just one year, from 2012-th to 2013-th, the export of passenger cars from the Russian Federation grew by 22%, and trucks - by 42%.

By the year 2020 RF - 5-th automotive market in the world. Where is the Ukrainian car market? He is not on the list.

Do not forget that “cars from Russia” are not only cars, but also trucks, such as KAMAZ, GAZ. If the answer to the trade war (or, more correctly, a lunge) from the Ukrainian side follows from the Customs Union, then the Belarusian MAZ will also leave the Ukrainian market.

Without a doubt, all these brands are easily replaced by European ones. For example, Volvo. Only the price of them is significantly different from the price of products of Russian factories.

Given the Ukrainian crisis and the real economic collapse, multiplied by the rapid devaluation of the national currency, we can say that the place of Russian trucks will remain unoccupied.

And this will lead in turn to the ruin of many companies that are unable to replace affordable and unpretentious commercial cars from Russia with expensive and expensive European counterparts.

And now the most interesting thing about these “sanctions”.

Who needs these Ukrainian cars? Those cars whose crash tests resemble disaster films (the vast majority of security tests are not even carried out!), Those cars in which the airbag is considered an “extra option” are unreliable, dangerous wreck.

Who needs them? Perhaps Europe is extremely interested in them? Not. I bought these, if I may say so, cars in the Russian countryside.

Incredible Russian men bought them. This is a typical "budget segment", where the import duty is a sentence. That is, production in Ukraine will simply stop, which will lead to an enormous number of unemployed.

What did the “first automobile war” bring to Ukraine, in addition to the 275 losses of millions of dollars? Nothing. The release of domestic cars in 2013 fell by 34,34%.

At the same time, when the Cabinet cuts the branch on which Ukrainian automakers sit, Russia decides to allocate state subsidies in the amount of 2014 billion rubles in the 2016-270 years. its automakers.

At the end of February, Rosstat provided information on last year’s investments in the Russian economy. Their total volume amounted to 170,18 billion US dollars, which is 10% more than in 2012 year. Dozens of new auto plants are being built, the market is developing.

Against this background, who will be hit by someone planned purely for political reasons by Kiev?

The nail in the coffin of the domestic auto industry will score the signing of the “economic part” of the association agreement, which opened the Ukrainian market for European car manufacturers. Opened unilaterally, of course.

The situation can be compared with a decisive refusal to purchase fresh water on an uninhabited island in order to annoy the seller. What's next? Thousands of unemployed, loss of profits, the closure of enterprises, and without that shining.

Judging by the last steps of the new Ukrainian government, one gets the fullest impression that the greatest good for the country is the complete inactivity of the government.

Ctrl Enter
Noticed oshЫbku Highlight text and press. Ctrl + Enter
We are
“Just clowns in our market”List of destroyed the largest and most high-tech enterprises
Military Reviewin Yandex News
Military Reviewin Google News
105 comments
Information
Dear reader, to leave comments on the publication, you must sign in.