April 19 2014
183
The American inspection flight over the territory of the Russian Federation planned for 14-16 in April as part of the Open Skies Treaty signed in 1992 was canceled. In this regard, the US was quick to express fears that in fact the reason for the cancellation of the inspection was allegedly the concentration of Russian troops near the borders with Ukraine and the preparation for some large-scale operation. The Western press is not listening to the assurances of Moscow that there are no plans for an invasion and refutations of rumors. 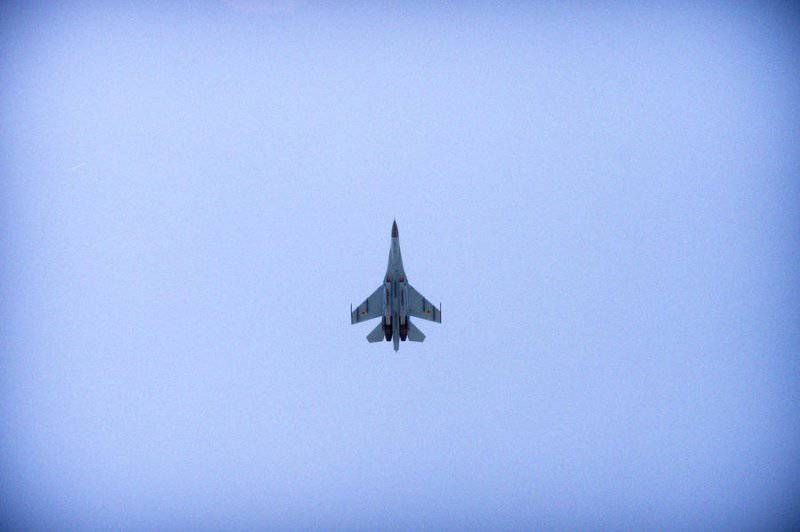 The inspection flight was scheduled for April 14, but did not take place due to the Russian ban, according to The Washington Times. The publication indicates that the only reason provided by DON for canceling flights could be a threat to their safety.

“The Russians are preparing for some kind of action on the territory of Ukraine, and they don’t want us to know about it,” an unnamed American official quoted The Washington Times.

In turn, the representative of the US National Security Council at the White House, Caitlin Hayden, refused to comment on the abolition of the inspection flight. According to her, last month, the United States and its European allies conducted similar overflights every week, which helped to obtain "useful data for understanding the activities of the Russian military near the borders with Ukraine."

The Washington Times also cites former Defense Secretary Philip Carber, who believes that the purpose of canceling the inspection was to limit intelligence gathering on the accumulation of Russian troops on the Russian-Ukrainian border. Carber also warns of the danger of some imaginary Russian military operation in Ukraine. According to him, Kiev intelligence "literally sees nothing beyond its borders, so it is not surprising that the Russians do not want to give Washington and Kiev chances to understand where a large-scale offensive can start from."

Navy expert, a staff member of the Institute for the Study of War Christopher Harmer also found the cancellation unusual. He expressed the opinion that the cancellation of the inspection is proof that the situation in the field of military cooperation between Russia and the United States is worse than it has been for the past two decades.

At the same time, the Joint Committee of the Chiefs of Staff of the US Armed Forces and the American intelligence services, without attracting attention, urged the White House to deny the right to reconnaissance of the latest Russian-made aircraft over the territory of the United States. At present, Russia is using aircraft to inspect the American nuclear arsenal in accordance with bilateral arms control agreements. Russian aircraft are equipped with the latest electronic detection equipment.

At the same time, the NATO Council approved a package of measures to strengthen the defense of the alliance in connection with the crisis in Ukraine. The United States and other countries of the alliance are sending their warships fairly close to the Russian border, and the secretary general said that this is far from all. According to Anders Fogh Rasmussen, air police planes will intensify patrols of the Baltic region, if necessary, ships will be introduced into the Baltic Sea, Eastern Mediterranean and other points.

In turn, Moscow has repeatedly stated that it does not have any plans to send troops into the territory of Ukraine. As Foreign Minister Sergei Lavrov said at a press conference in Geneva, no increase in the Russian armed forces in the Crimea also occurs.

A spokesman for the Russian Defense Ministry said that in recent weeks, several inspections took place on the Russian-Ukrainian border, in which the United States, Canada, the Baltic countries and Switzerland took part. The experts were able to verify that in reality there are no undeclared activities in this area. Moreover, the inspectors could talk with the commanders of the units, take photos and see for themselves exactly where the military equipment was moving.

Ctrl Enter
Noticed oshЫbku Highlight text and press. Ctrl + Enter
We are
The action “Military service under the contract is your choice!” In Rostov-on-Don: future contract servicemen, exhibitions and “Russian Knights”
Military Reviewin Yandex News
Military Reviewin Google News
183 comments
Information
Dear reader, to leave comments on the publication, you must sign in.