Unknown tried to dismantle the barricades around the city council Kramatorsk 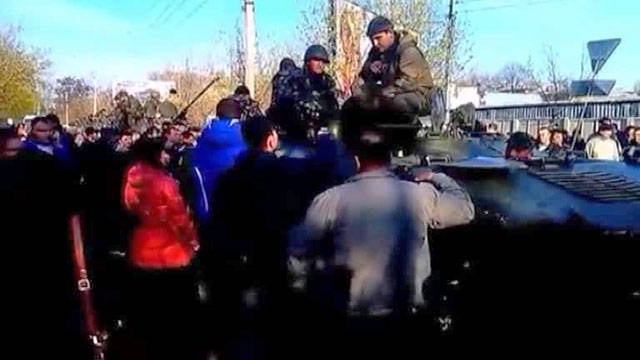 A group of unknowns tried to dismantle the barricades around the city council of Kramatorsk in the Donetsk region of Ukraine in the evening of April 18. This was announced by the leader of the national militia, the "people's mayor" of Slavyansk Vyacheslav Ponomarev. The city council in Kramatorsk has been supported by supporters of federalization for several days. As eyewitnesses told, in the evening on “Lenin Square”, “strong young people” began to gather, in which the city council defenders recognized the participants of the rally “For United Ukraine”. It took place in the city of April 17 and ended with clashes with supporters of federalization. At some point, some 40 activists approached the barricades and began to pull them away.

According to Ponomarev, only the arrival of reinforcements from neighboring Slavyansk made it possible to prevent provocations. Eyewitnesses heard conversations attacking among themselves that the Ukrainian oligarchs announced a monetary reward for each administrative building vacated, Vesti FM radio reports.