Putin reminded Novorossia, where her house 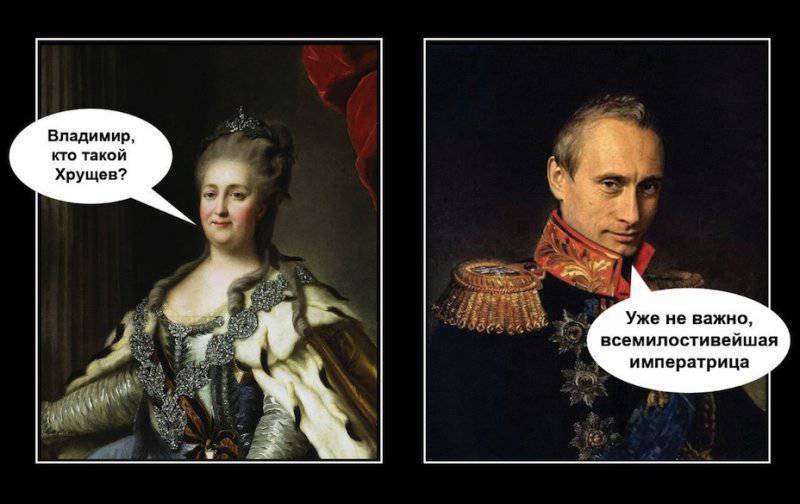 Literally before our eyes, the events of recent months have returned to Russia its century-long historical memory.

The word "Novorossiya", repeatedly repeated by President Putin during his straight line with the citizens, for someone, perhaps, sounds new. Many cannot even understand: Novorossia or Novorussia (the second is correct).

As for me - I have known this word since childhood. On the shelf was a book of the famous historical novelist Grigory Danilevsky (not to be confused with his namesake - no less relevant today by the Slavophile philosopher, author of “Russia and Europe”). The three books included there were called: “Runaways in Novorossiya”, “Volya” and “Princess Tarakanova”. And although everyone was interested only in the story of the unfortunate dissolute impostor, and critical realism about the struggle of the peasants with serfdom was of little interest to anyone, but there was a feeling that Novorossia was somewhere in the South, near the Black and Azov Sea, and there you can escape if you want , get lost in the steppes, dissolve in the reeds ... Our wild West, turned out to be a wild South. If you look through the novel, it turns out that there lives a strange mixture of Little Russians, Great Russians from the central provinces, Serbs, Greeks, Germans, Gypsies, and it will take a long time before this space settles.

Before us is the new space, unlike either the main Russia - forest, state, severe, or Ukraine - steppe, semi-anarchical. This space was conquered by the Crimean Tatars and Nogais, for whom it was no more than a desert steppe, a place of wandering, by predatory raids on civilized peoples in order to steal slavery and buffer from punitive expeditions of royal governors, Cossacks and Polish winged hussars. For centuries, the struggle of civilization with the steppe was going on, a settled folk slowly advancing on the steppe. It was the space of people's colonization, carried out by the Russians in a perpetual mode of a race to race between people populating land and establishing a state of their own order. That the tsarist service will break out ahead and the fortress will appear, around which the walking people begin to gather, then on the contrary - a fugitive village with dashing people - half-robbers, semi-peasants appears on the edge of the steppe, and after them the power of the sovereign is chosen to protect and tax.

The rational development of Novorossia began in the 18th century, when Russian emperors began to attract a new population to convert the steppes. At first it was the Serbs (the broad collective name of all the southern Slavs) - in the area of ​​present-day Krivoy Rog, New Serbia originated, in the region of Lugansk - Slavyanoserbia. Then the German colonists were added to the Serbs, and in the south the Greeks, expelled from the Crimean Khanate, founded Mariupol.

It never occurred to anyone that Novorossia and the Donbas could be considered to be some kind of Ukraine: it was rather internal Russian America — a motley population, a mixture of steppe and urban fever

Prince Grigory Potyomkin-Taurian became the real creator of the Novorossiysk dream. When it was founded Yekaterinoslav (Dnepropetrovsk), Nikolaev and Kherson, became the state land from the Cossack freemen Zaporozhye, joins Novorossia and the Crimea. Odessa will be founded soon. This is the space of a large project, Potemkin’s big dream - vying with Peter the Great, under the new southern sun he is trying to found his Petersburg, his Paradise, more beautiful than Peter’s. This project does not have time to fully realize itself, but it sets the whole vector of development of Novorossia, so unlike the agrarian hetman "Ukraine". This is a space of bold experiments, of the most unexpected population (first of all Great Russian from the inner provinces). A Mediterranean port of Odessa may appear here, as well as a completely Ural-like Lugansk plant, and donating not even English, but the American spirit, Yuzovka (Donetsk).

The famous governor of Novorossia, Mikhail Vorontsov, turned Odessa into the main grain port of the Eastern Mediterranean and began work on turning the Crimea into a modern paradise (which required a considerable transformation of its nature). On the Black Sea began warp steamers. For the second half of the 19th century, the eastern part of Novorossia with the Donbas adjacent (strictly speaking, the Donbass, like Kharkov, is not Novorossia, but simply Russia, they were always considered part of the main geographical array of Russia, without regional division) turned into a developed industrial region. No one could even imagine that this could be considered as some kind of Ukraine. Ukraine with its Gogol evenings, Cossack thoughts and ambiguous memory of Mazepa was somewhere far away. And New Russia was more likely an inner Russian America — a colorful population, a mixture of desert steppe and city fever, in which the best universities are born, such as the Novorossiysk University in Odessa. 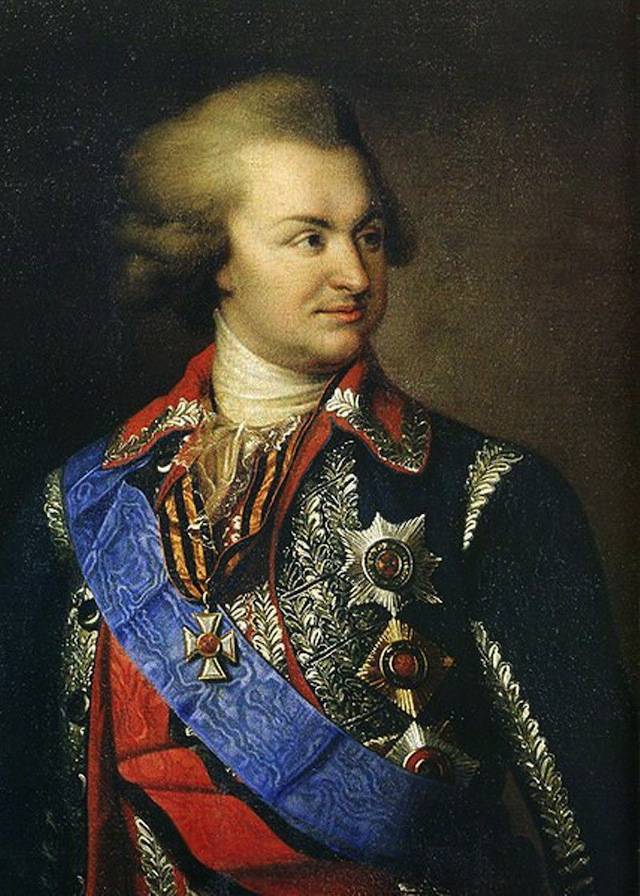 The accession of Novorossia to Ukraine was greeted at first rather painfully, although it was not taken seriously. However, already in the 1920-ies Joseph Stalin had to go into conflict with the "comrades Ukrainisers" who are trying to train the workers of Donbass "lower form of speech" - Ukrainian Move. Stalin explained that the Donbass was included in the structure of Ukraine just to strengthen the Soviet power by conscious Russian workers, and not to inculcate in these workers the Makhnovist freemen and the Petliura language. However, gradually Ukrainization crawled on Novorossia due to the migration of the population. If cities, as a rule, managed to recycle Ukrainianized villagers back to Russians (in Ukraine, almost one hundred percent correlation of Ukrainians with a village and Russianness with a city), the rural districts are not always. And if we now see Ukrainians in Novorossia, they are villagers who can join the Right Sector, and who are not weak in crumbling the shell rock on the Potemkin Stairs in Odessa.

Instead of his President Yanukovych, the second state language - Russian - and the freedom to choose his power, Novorossia first received the dictatorship of the criminal group, and then the maydanovsky junta

But the nightmare of violent Ukrainization, as in Ukraine, which was independent from 1991, was not expected in Novorossia. When it began - people were at first confused, then they began to resist. Unfortunately, this resistance was straddled by a group of criminal authorities and oligarchs who controlled the Donbass and created the “Party of Regions”. And Novorossia was deceived again: instead of its president, Viktor Yanukovich, the second state language, Russian, and the freedom to choose their power, Novorossia first got the dictatorship of a criminal group that didn’t care about all the promises, then the Maidan’s junta. The cities of New Russia began to rebel at once, although the farther from the border of Russia, the more they are stifled by the surrounding rural elements. The radicalization of sentiment is growing, and the Donbass uprising marked, obviously, the point of no return - Home! 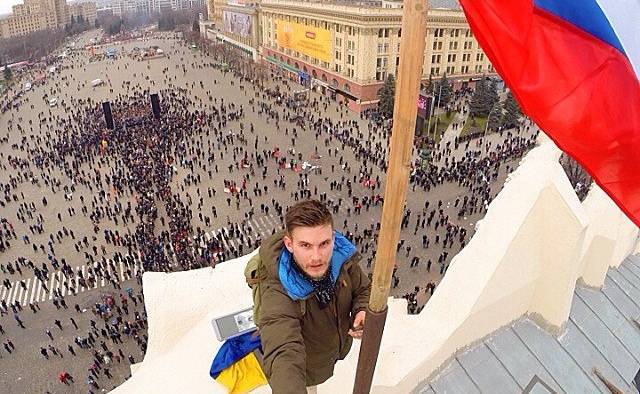 Photo: news.liga.net
In his speech, Putin reminded the world that the tricolor, which today is being installed on the flagpoles of its cities by residents of the South-East of Ukraine, is just returning to the place that it had legally occupied for centuries

It is unlikely that anyone can be seriously persuaded to fold weapon and sit down to negotiate a "federation" with strangers, who are irresponsible Ukrainizers from the junta. And there is no need if the movement enters into force. People who have never tolerated Ukrainians speak loudly. People who mimic under the Ukrainians are beginning to change their orientation. The Russian Spring gave a new impetus to the formation of Novorossia, the last decades of Ukrainianism, which became the dream of Potemkin’s dream of Russians in Ukraine about a better life, an alternative to Ukrainization. The dream becomes a political fact. All those who do not want to Ukrainize begin to attract each other, through conflict with the junta they start conflict with Ukrainization - and they acquire political subjectivity. Begins the great flight of Novorossia from Ukraine, to which it was completely forcibly fastened.

Will this subjectivity form into statehood? I doubt it, since New Russia is an echo of Russia, it is its renewal under the warm sun. Both economically and culturally, this should be one space with Russia, which is possible today only in political unity. Therefore, if the people in revolt will not allow them to strangle their movement, then New Russia will rally and begin to self-determine. It will be self-determination as Russia — a different, new, somewhat better Russia, as Potemkin once thought.