Do not dig your neighbor pit!

April 21 2014
114
On April 22, the Minister of Foreign Affairs of the Islamic Republic of Iran, Dr. Mohammad Javad Zarif, arrives in Moscow. 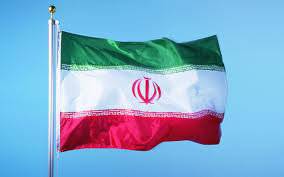 In addition to the meeting of foreign ministers of the Caspian states, bilateral relations will be discussed in Moscow. The most important of which is the preparation for the conclusion of a grand Iranian-Russian contract for the supply of goods in exchange for oil. The contract amount is about 20 billion dollars. Russia will become the largest importer of Iranian oil in the world. Moreover, the contract will strike an unprecedented force over the domination of the American dollar, since all payments under the contract will be made in national currencies. There has never been such a thing in the post-war world!

And this is only the beginning: Russia’s construction of two new nuclear power units and an oil pipeline under the Caspian Sea is next in line ... The actions of Moscow and Tehran to establish closer economic, political and military ties are absolutely logical and expected - this is a response to the latest US sanctions and the EU in relation to Russia and the deployment of missile defense elements in Eastern Europe.

Much earlier than expected in the West, the same member of the Shanghai Cooperation Organization (SCO) will become a full member of the Shanghai Observer State. That is, the world is becoming more multipolar.
With the joining of Crimea to Russia, the G8 summit, the meeting of the leaders of the eight leading countries of the world in Sochi will not take place. And if G8 is dead, so much the worse for the West. V. Putin, as we know, is an excellent analyst. There is confidence that he will take advantage of the full stupidity of the West in full: the 4-5 June meeting will take place. But it will be a meeting of the leaders of Russia and Iran. And it does not matter whether they meet in Sochi or in Tehran. Although the meeting in Sochi would be much more piquant ...
For many years, NATO forces themselves have created and finally made enemies for themselves, and are now pushing them into action. Mankind has noticed: when God wants to punish someone, he deprives him of his mind. Is this the case here?

Scriptum
The Latvian Society of Friends of Iran "Baradaran Name" welcomes the visit of Dr. Zarif to Moscow and addressed him with a letter, which no doubt will be supported by all the people of Latvia’s goodwill:
"Dear Dr. Mohammad Javad Zarif!
Mr. Minister!
Dear friend!
The Latvian Society of Friends of Iran "Baradaran Name" warmly welcomes you to the land of Russia and wishes you successful negotiations.
The world is watching global change - the Empire of Great Satan is crumbling - the USA. The ideas of social justice and universal values ​​become a material force. At the head of the forces of peace and progress are the peoples of Russia and Iran. We congratulate you and the brotherly people of the Islamic Republic of Iran on the national holiday - Army Day.
For our part, we will make every effort to strengthen the fraternal friendship of the peoples of Iran, Latvia and Russia.
Welcome!