Ukrainian sniper rifle and a new generation of VPR.308Win VPR.338LM

April 21 2014
19
In Ukraine, by the year 2013, our own school of developers was formed and mass production of sniper rifles for civilian and military consumers was launched. As a base for sniper rifles used design Z-008, developed by Zbroyar, gunsmith Konstantin Konev. The head and designer of Zbroyar is also known for the fact that in 2003, he introduced the VK-003 sniper rifle, designed to equip Belarusian special forces. The basic civilian serial models are Tactical and Tactical Pro, Hunting and Hunting Pro, Varmint and Benchrest. 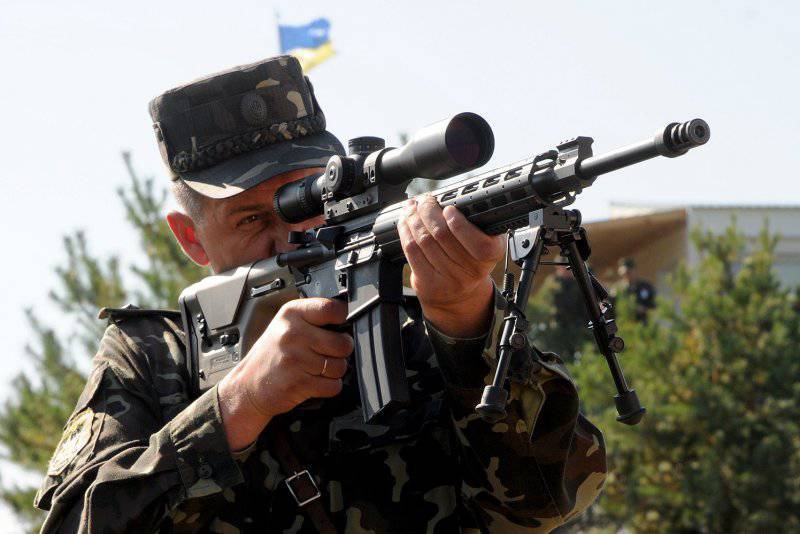 The Mayak plant is a true legend with the 90-year-old history. Even before the war, the factory made musical instruments. Later they produced tape recorders, and in the days of independence they tried to produce television sets, but they could not stand the competition. 5 years ago, to survive in a crisis, they decided to make small weapon.

5 years ago in the Ministry of Defense, the plant was given the task of mastering the manufacture of small arms to support its armed forces. In the spring of 2008, the first samples of an infantry machine gun were made, the first batch of which was sold in December of the same year. Currently being mass production of sniper rifles. The plans of the plant - the development of Ukrainian pistol.

VPR.338LM and VPR.308Win sniper rifles for export are very close relatives of Tactical Pro. The constructional solutions of the Z-008 family are preserved in these rifles. For the first time, new Zbroyar sniper rifles were demonstrated in Abu Dhabi (UAE) at the IDEX international exhibition in 2013.

Accuracy of shooting at a distance of 100 meters for all VPR.308 and VPR.338LM rifles is guaranteed to be no less than 0,5 MOA (angular minute), in reality, when using a weapon, a trained rifle shooter of this line can ensure 0,15 MOA accuracy (using appropriate components and cartridges) .

The basis of the design of sniper rifles laid receiver and bolt group of its own design. To ensure maximum strength and rigidity, a closed-structure receiver has been designed. For the manufacture of the receiver used stainless steel, thermally treated. The slide group of sniper rifles of the Z-008 family has a sliding bolt. Located in two rows of six lugs provide a stable and durable locking. Two barrel sizes are available - standard (for the cartridge type 7,62х51 - .308Win) and long (for the class “magnum” - 338LM).

The rifle is equipped with a Timney trigger mechanism, adjustable for pressing force ranging from 0,068 to 1,8 kg. For ammunition, 5 / 10-charging detachable box-shaped stores from Accuracy International are used. The rifle is equipped with a muzzle brake, it is possible to install a removable silencer. The folding rifle butt is adjustable in height and length. The butt plate not only extends from the butt, but also changes the angle of rotation. Sights are mounted on the tire type Picatinny, which is mounted on the top of the receiver.