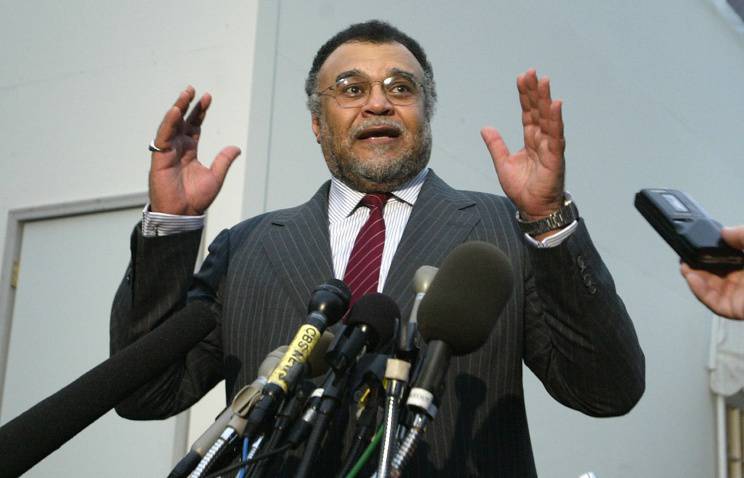 The sudden dismissal of Saudi Prince Bandar bin Sultan from the post of Saudi intelligence leader undoubtedly looks like a very nontrivial event.

The rule “entry is ruble, exit is hundred” for intelligence is unshakable, and therefore it is necessary to try hard to get you fired “of your own will” to nowhere, and that is exactly how Prince Bandar left.

Saudi Arabia is a regional power, its sphere of interests is located in the Middle East, and all its foreign policy is focused on it. Despite the global significance of the kingdom as a global gas station, until recently all of its problems outside the Middle East were its main ally, the United States.

In this sense, Bandar bin Sultan held a unique position in the Saudi elite. He was the main representative and lobbyist of the dynasty in the United States and at the same time its locomotive in regional politics. This unique position was not liked by everyone, but the powerful support of Prince Bandar in the United States (primarily among Republicans and American transnational corporations) provided him with solid protection. That, however, did not interfere with periodically arranging for the sweet Saudi habit of attempting to kill the prince. The latter happened in the 2012 year, after which Bandar was at least half a year in a semi-underground position, without risking the same open lifestyle.

His participation in the Arab spring and in the war against Syria was not hidden. In a sense, he even flaunted his hawkish stance. This, it seems, was the reason for his departure.

An abrupt change in the vector of US policy at the end of 2012, which was forced to focus on Iran, took the Saudi elite off guard and caused its split. The internal contradictions in the dynasties caused by the tough confrontation over the question of succession to the throne were supplemented by the need for new positioning in the region in the light of new realities - Iran is turning out of place into a leading player, and Saudi Arabia is losing a significant part of US support.

The regional security system, based on the endless presence of the States, collapsed. Obama’s unequivocal hints about the need for the United States to exit the Middle East became a reality. Now Saudi Arabia has to solve its own security problems on its own. The split in the dynasty was aggravated by different approaches to solving this vital task.

The party of King Abdullah and his son Mitab, commander of the National Guard, is behind the creation of a regional security system through the unification of the six Arabian monarchies in the likeness of the peninsular EU and NATO. Such an association can almost equally conduct a dialogue with a powerful and industrialized Iran, which quite unequivocally stated its regional complaints after the lifting of sanctions and a substantial strengthening of its position on the “nuclear dossier”.

The position of another group in the Al Saud dynasty, which is grouped around the most powerful Saudi Sudeiri clan, which includes Prince Bandar, is that Saudi Arabia dominates among the Gulf monarchies, and the Iranian problem should be resolved through exhaustion in the regional conflict. The war in Syria thus became the solution to this problem.

As usual, the war had a number of other goals, each of which could suddenly become the main one.

On top of this, Iran literally the other day announced its intention to start a program to withdraw its gas to Europe, and without direct competition with the interests of Russia.

All together forced supporters of a tough confrontation with Iran to launch a new conflict in the region, now in Iraq. The pressure of the Saudi secret services on the leadership of one of the most numerous and aggressive jihadist groups in Syria, the Islamic State of Iraq and the Levant, led to the fact that it began the withdrawal of its troops into Iraq. This immediately led to a war that has now erupted in Anbar province. Its intensity is in no way inferior to the Syrian conflict, and only the deliberately poor coverage of the hardest fights of Islamists with the Iraqi army, police and local tribes does not bring them to the tops of the world News.

Chaos in the region has clearly gone beyond the controllable framework, and Washington began to express concern about its growth. However, Prince Bandar, being the “torpedo” of the conflict, is also an instrument of Obama’s political opponents in the United States. They are extremely interested in a series of failures of the current president. The loudest was last year's provocation in Eastern Ghouta near Damascus, when Syrian militants used chemical weaponby accusing the Assad government of this.

Obama, forced to respond, very quickly brought the matter to almost direct confrontation with Russia, and only the initiative of President Putin and Minister Lavrov to eliminate Syria’s chemical weapons significantly reduced this confrontation. Nevertheless, the situation for Obama was a failure - he could not demonstrate determination, being taken by surprise by a provocation.

Saudi Arabia has become an uncertain factor in American politics, and Prince Bandar is a serious problem for Obama, who in the near future will have to solve the task of withdrawing troops from Afghanistan, inherited from Bandar’s personal friend George W. Bush. The solution to the problem of Bandar thus became a crucial point.

Obama’s recent arrival in Riyadh and meeting with King Abdullah in the presence of influential princes of the Crown Council, whose main task is to elect a new king and crown prince, took place too synchronously with the subsequent resignation of Bandar bin Sultan so as not to be a coincidence.

It seems that in exchange for leaving annoying both Obama and King Abdullah the chief of Saudi intelligence, the American president was forced to promise Saudi Arabia help in solving both the external and internal problems of the king. At the same time, members of the Crown Council were needed to present irrefutable evidence of Prince Bandar’s guilt. Guilt from the point of view of the Saudis - that is, playing for the other side. A personal friend of the Bush family is tied up with so many obligations to the Republican elite that it cannot but be “sent by a Cossack” to a Saudi family. Only such behavior can be considered inadmissible by the dynasty, and most likely, evidence of this was presented.
However, the main thing, apparently, will follow a little later. Bandar bin Sultan, although influential, is only human. His removal pursues more serious goals than Obama’s personal revenge for his personal failure in politics last August. Most likely, we are talking about the inconspicuous statement of Iran about its gas program in Europe, which breaks Obama’s plans, and at the same time seriously strains all Arabian monarchs without exception. Prince Bandar with his straightforward strategy became dangerous for everyone, so its elimination became profitable, and his opponents did not fail to take advantage of it.