Who wins the new generation wars 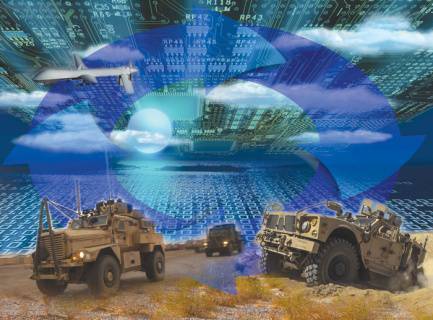 At the moment in Ukraine is being decided историяand we have no right to stand aside and be passive onlookers with popcorn in the first row. That is why I, with my own, not claiming to be completely objective, will acquaint you with what is happening in the field of information confrontation between the Russian Federation and its opponents in the international arena, that is, mainly the so-called Western countries.

I will start with a small portion of flattering words regarding Musa Khamzatov’s article “Territorial Defense in Modern Conditions”, which was published in “Independent Military Review” No. 10 for 21 – 27 in March 2014 of the Year. The author competently and convincingly, with examples from history and modern realities, brings to the reader a very simple, in fact, idea that the essence of the war has changed dramatically in recent years. That's right, all so. However, not a word was said that, in addition to military sabotage on the territory of the country, information sabotage would also take place, as well as informational pressure on both his own troops and population, and on the enemy would increase sharply.

In my opinion, the conclusion should be added to the thesis that, in addition to good weapons, equipment and equipment, for successful wars of the new generation, the Russian Armed Forces simply need to have high-quality, complete, continuous, sustainable and comprehensive information . But there is one nuance. If a fighter can be dressed, shod, armed and trained to complete automatism for a short time, so that in a battle in a critical situation he will not be confused, but acted in the only correct way, so far as information is concerned, it will not work. But ideological motivation is just as important as high-quality equipment. But you don’t obey the ideology, you can’t hang it on the “unloading”. Qualitatively resist the misinformation of the enemy, in advance to reveal his goals and intent can only be well-trained specialist - a person who constantly keeps abreast of events and reacts to them with lightning speed.

If this is not constantly done at the proper level, then again it will turn out like in the initial period of the Great Patriotic War, when the Germans, feeling their ideological and, what to hide, racial superiority, were advancing at a record pace, leaflets with ridiculous calls for them were dropped, because here, they say, the country of workers and peasants. “Oh, great,” the aggressors probably thought in response to such calls: “We just need workers and peasants to serve!”

CONCEPTIONS ARE NOT PUBLIC

We have long been living in the new, digital and informational 21st century. It's time for everyone to hack on their nose that the further the human society develops, the more it depends on information. In the modern military confrontation is not necessary to speak the guns. Today, instead of them, social networks, various media and the Internet quite successfully speak. In this aspect, pay attention to Turkey, where 21 in March 2014, at the state level, it was decided to block Twitter, and then YouTube video hosting. What a violent reaction this decision immediately caused.

But back to the events in Ukraine. After 13 March arrived there with a "working visit" group of forces of psychological operations (PSO) of the US Armed Forces, the country was completely in the information blockade. Let me remind you of several well-known episodes: the EW re-broadcasting of some Russian satellite channels was stopped, the entry to the mainland of the country for Russian journalists was completely blocked, the local media were forcefully seized, all international telephone conversations were heard, and even unmarried and not enduring any criticism wedging into the conversation of Russian journalists during their live broadcast.

A vivid example is the coverage of Vesti FM’s own correspondent Vladimir Sinelnikov from Kiev. During its broadcasts, clicks, switchings, tones and other interferences are constantly audible. At the height of the Maydanov events, when American curators were not personally present on the territory of Ukraine, the connection was banal interrupted by Ukrainian Security Service officers, and SIM cards were blocked. However, now there is no interference, which personally alarms me. Apparently, the American experts did not come empty-handed and caught the journalist with live bait, trying to track the call and send to the thugs from the newly-minted National Guard to do the dirty work for them to neutralize the disagreeable journalist who objectively covers the events. Such a la Gestapo at a new, high-tech level.

22 March 2014 on the radio station Ekho Moskvy in the evening transmission from the mouth of Yulia Latynina sounded the comparison of Vladimir Putin with Hitler. The comparison was based on phrases taken out of context from the speech that Vladimir Putin made on 18 in March of 2014. It might seem strange, naive, terrible, unprofessional, disgusting, if not for one "but." More precisely, these "but" a lot. For example, the day before, 21 March 2014, an article with exactly the same content appeared on the website of the Estonian newspaper Postimees - the most popular newspaper in the country. In this article, in addition to a comparative table with quotations, a photo collage was posted, designed to consolidate the visual image that Putin and Hitler are the same in their actions and speeches. On the same day, numerous “reposts” appeared in social networks. Shortly before that, 6 March 2014, US Republican Sen. John McCain and US Democratic Sen. Hillary Clinton spoke in various interviews with a unanimous comparison of Putin and Hitler.

Coincidence? Don't be so naive.

If you look at how information is supplied in Ukraine, it becomes clear that the patient is more likely dead than alive. After all, only about the dead we have to say only good. But just so, exclusively from the positive side, the coverage of events inside the country takes place. The excesses of the nationalists are served as provocations of the Russian special services, only Russia is to blame for the economic difficulties. In the midst of corruption guess who is blamed. The collapse of the army? The answer is obvious. But the new old Ukrainian authorities are all knights on white horses, they care for their people, promise abolition of visas, freedom, justice and other stupid things. For example, they promise to make a European country out of Ukraine. If someone has forgotten, then take a look at the geographical map - Ukraine is already almost in the center of Europe. And all the actors who promise "European integration" and all sorts of benefits for the people, were already in power. And what, where are the results of their labor? All new, as you know, well forgotten old.

In this situation, the position taken by Western countries in the UN Security Council is surprising. I recommend everyone interested to get acquainted with the recording of the meeting of the UN Security Council on March 19 of 2014. Very useful. For example, Ukraine’s permanent representative to the UN, Yuriy Sergeev, who was already famous in early March for justifying the Ukrainian nationalists of Bandera, said that the accusations submitted by the USSR at the Nuremberg trials were allegedly falsified, this time it was completely agreed that in his opinion, “Russia's nuclear status is especially dangerous for the territorial integrity and independence of Ukraine, as well as for international peace and security in general to the world community.” Like this. No more, no less. Moreover, the United States Permanent Representative to the UN, Samantha Power, implying the reunification of Crimea with Russia, turned to some kind of criminal vocabulary, comparing our country with a thief: "A thief can steal a thing, but that does not mean that he has the right to own it." The phrase is good, but so far only applies to all the actions of the United States and its NATO allies in the international arena over the past two decades.

It should be emphasized that at the meeting, absolutely all the speaker countries opposed the actions of the Russian Federation, completely or partially ignoring the absence of the notorious freedom of speech in Ukraine and its complete informational isolation. But what about Western standards, freedom of speech and equal access to information that are imposed on Russia? Is it worth mentioning in this connection that 18 in March 2014, the broadcast of Russia Today TV channel, was temporarily blocked by YouTube, which is owned by Google, which, in turn, is a discovery, working closely with the US National Security Agency.

ENOUGH TO TURN THE LANGUAGE

By the way, according to the norms of the Russian language, it is correct to speak not “in Ukraine”, but “in Ukraine”. We should not be led by Western ideologues or “Ukrainian patriots” imposed on us, who probably have some fad in this regard, political correctings. There are norms of the Russian language, which should be followed. If the "Dictionary of the Russian language" says that "Tallinn" is written with one "n", then this is the way it is. Ukraine is still easier. For Kievan Rus, and later for the Russian Empire, the eastern lands of the Polish-Lithuanian Commonwealth were on the western edge of the political map, suburb or border area. Consequently, you can go, go, swim or fly only “to the outskirts” or “to the border”, and not “to the outskirts”. We say “in Cuba,” “in the Philippines,” and for some reason none of the Cubans or Filipinos are offended. I do not think that for the sake of short-term politically correct benefit, it is worth to distort the native language. Linguistic security is also, by the way, part of the information confrontation. And the part is very considerable and quite important.

I will allow in this connection to quote the book "Grammatical correctness of the Russian language" Graudina L.K., Itskovich V.A. and L.P. Katlinskaya, published in the 2001 year: “In 1993, at the request of the Government of Ukraine, the options to Ukraine should be recognized as normative (and, accordingly, from Ukraine). Thus, in the opinion of the Government of Ukraine, the etymological connection of constructions that does not suit it to Ukraine and to the suburbs was broken. Ukraine, as it were, received linguistic confirmation of its status as a sovereign state, since the names of states, and not regions, are shaped in the Russian tradition with the help of prepositions in (in) and from ... ”.

The desire to push Russia and Ukraine with their foreheads, to embroil two kindred peoples of some Western ideologists is so great that sometimes it seems that military aggression is inevitable. However, there is hope for sober heads in Ukrainian politics, who understand the ongoing objective processes and really care for the well-being of their own people, rather than dancing to someone else’s tune, guided by selfish interests. Where self-interest and personal ambitions lead, we have repeatedly seen on the Maidan.

It is time for Russia to finally cease to live with the illusions that the West can be a friend. Maximum - partner. China is behaving much more adequately in this regard. Information confrontation, ideological warfare is a given and objective reality. Via tanks, guns and planes can dominate the territory of the enemy, but not over the minds. I really want those who are involved in the planning and development of military concepts to not forget about the information component.

It's time to use the informational weapon against the creators themselves and the main ideologues of its application. It is necessary to beat the enemy with his own weapon, but to beat skillfully and outright!

Ctrl Enter
Noticed oshЫbku Highlight text and press. Ctrl + Enter
We are
History of the Bulgarian Air Force. Part of 3. Postwar period and modernityMemo to mercenaries in Africa
Military Reviewin Yandex News
Military Reviewin Google News
30 comments
Information
Dear reader, to leave comments on the publication, you must sign in.