NATO has now to do! 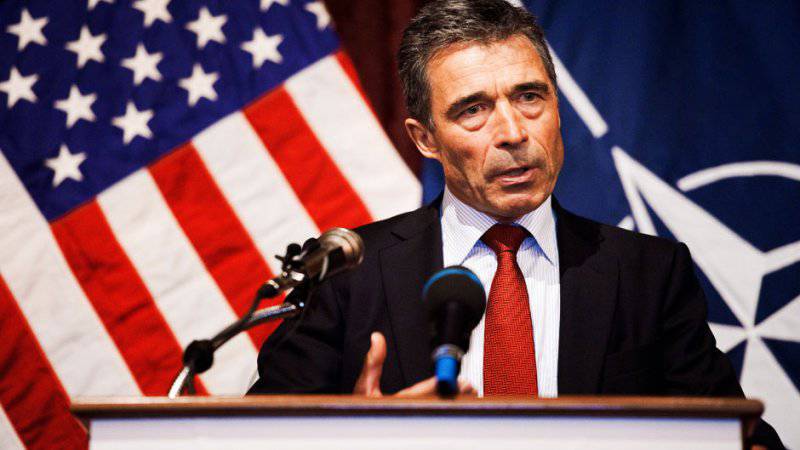 It seems we saved NATO. Undoubtedly, a firm policy towards Ukraine, the Crimea, the PACE, the EU and all the rest is saved by the North Atlantic alliance.

In fact, what could be the mighty military alliance of fighters for democracy in the whole world? Actual defeat in Afghanistan? Victory what is happening there just can not be called. Syria? So again, these Russians intervened and stopped the streamlined script. Libya? Well, sooo doubtful.

And what will you do? Where does one get the motivation to extricate money into the budget of the alliance?

And lo and behold! There is a goal! And her name is Russia. Suddenly declared itself as a great power, strong, with a well-established political component.

I can imagine the pleasure with which Mr. Rasmussen gave the command “Fas!”.

“We will increase our presence in the Baltic Sea and the Mediterranean (read - in the Black Sea). There will be more of our planes in the sky, more of our ships will be on the seas ”- F. Rasmussen.

Return to the cold war? Or just a desire to survive? It is clear as two and two that for the presence of airplanes, ships and other rubbish a lot of green paper is required. An adversary appeared - it was an opportunity to demand, rather than ask for several billion dollars more than planned.

Therefore, if there is no enemy, it must be appointed. As Iraq, Iran, Syria, Libya, Afghanistan were appointed. And so, our turn has come.

Naturally, the Baltic states screamed in the first place. They are afraid that Russia is near again. Yes, and defiantly and objectively spitting on the fuscicles from the Security Council of Europe and the PACE. Well, Ukraine, of course. There, in general, all and sundry roars on the topic of Russian troops near the borders and what is not today, so tomorrow they will be conquered.

And here NATO troughs plow the waves of the Black Sea, the planes land on the airfields of the Baltic states.

The discussion of all this in the Belgian capital went between two rather contradictory moods: the cries of representatives of Eastern European countries about the military threat from Russia and the more or less balanced position of the West. On the eve of the meeting, the Minister of National Defense of Poland, Tomash Semonyak, demanded that NATO increase the number of troops in the neighborhood of Ukraine and even build a military base in his country. No less belligerent statements were made by representatives of the Baltic states.

Naturally, the reaction followed. From the side of Canada. Well, where without Canadians something? It is necessary to justify the reputation of the most weak-willed and controlled by anyone country. Already six planes will fly to Poland. This amount seems to be enough to calm everyone down.

It has long been noticed that nothing rallies like the presence of an external enemy. The enemy is appointed. NATO begins to play muscles. And with ten times the power to suck money from its members. Well, we are at hand, for it brings the next crisis for those who need it so much.

I can not take seriously all this rattling by NATO. A rather loose organization, which has not distinguished itself lately. Well, except for the loud "victory" in Afghanistan.

So let them inflate the budgets, arranging a demonstration of strength near our borders. As the practice of recent times has shown, Russia will take everything it needs without paying attention to anyone.

Ctrl Enter
Noticed oshЫbku Highlight text and press. Ctrl + Enter
We are
The action “Military service under the contract is your choice!” In Rostov-on-Don: future contract servicemen, exhibitions and “Russian Knights”PACE has prepared a new tough report on the situation of Russia
Military Reviewin Yandex News
Military Reviewin Google News
115 comments
Information
Dear reader, to leave comments on the publication, you must sign in.