How to repel an attack from space 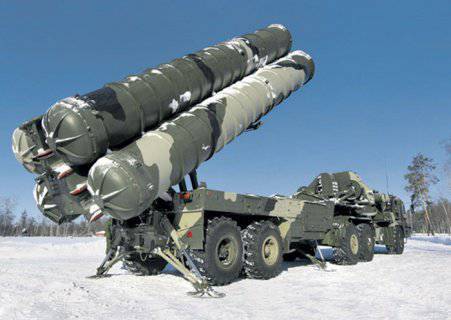 After a fairly long and painful period of recession, military construction in our country is growing more and more confidently. Today we can talk not only about overcoming negative processes in certain issues of military construction, but also about the first successful steps in the implementation of new areas of military security. One of these areas is the creation of an aerospace defense system (WKO) of the Russian Federation. Its necessity is primarily due to the improvement of the means of aerospace attack (SVKN), the massive development and adoption of high-precision weapons (including cruise missiles), the development of hypersonic technology and, as a result, the transformation of air and space into a single sphere of warfare. The unprecedented heightening of risks and potential threats emanating from aerospace is today an indisputable fact.

To create a full-fledged aerospace defense system in Russia, the Concept of Aerospace Defense of the Russian Federation was developed and approved by the President of the country. Its provisions, which were further developed in the Decree of the President of the Russian Federation 2012, defined the role, place, objectives, principles, main directions and stages of the development of aerospace defense, the general organizational principles of its construction.

As for the tasks of EKR, they are formulated as follows:

- tasks solved in the interests of implementing strategic nuclear deterrence;

- tasks to be solved in the interests of the struggle against an aerospace enemy during military conflicts of various sizes.

The solution of all three groups of tasks is of strategic importance for modern Russia. It is not by chance that the creation of an aerospace defense system has attracted the wide attention of many specialists and people who are just thinking.

As chairman of the Military-Industrial Commission under the Government of the Russian Federation, directly addressing the problems of technical equipment of the Armed Forces, I confirm that it is the creation of a technical basis that is the main condition for creating a promising system of aerospace defense and the most resource-intensive component of its construction. This becomes clear from a simple analysis of the technical state of armaments and the combat capabilities of the existing groups of troops (forces) of the Russian Federation, which are currently solving the problems of the aerospace defense.

Unfortunately, our ability to solve the problems of aerospace defense until recently were limited. Of particular concern was the state of information systems that provide a missile attack warning and carry out airborne radar reconnaissance.

Nor could we be satisfied with the state of the “fire” systems of the aerospace defense organization, called upon to solve the tasks of the struggle against the aerospace enemy. Here, as in the reconnaissance assets, there was an unsatisfactory technical condition of a certain part of the armament as a result of the development of an established resource, as well as a low proportion of modern samples that ensure effective confrontation with all types of aerospace attacks of a potential enemy.

An analysis of the actions of NATO states that literally shot with precision-guided weapons, first Yugoslavia, and then Iraq and Libya, without giving any chance of direct contact of their armed forces with the military units of the victim countries who were unable to withstand the attack by traditional means of air defense (AD) , caused the decision of the political and military leadership of Russia to forcefully develop the potential to deter new aerospace threats.

Of course, the gap between the capabilities of the anti-missile defense system and the air defense / air defense missile defense needed to be urgently eliminated, since the breach in the technical basis of defense is a serious source of threat to military and national security in general.

I repeat: it is not so much about the improvement of organizational structures, but about the advanced development of technology that is able to fight with all types of modern and promising SVKN. After all, the main problem is not in the “seating” of officials, but in the development of a promising technical basis.

Any lag in the technical basis of aerospace defense from the development of SVKN can lead to the situation of the end of 40-X and the beginning of 50-s of the last century, when reconnaissance aircraft of the United States and other NATO countries repeatedly and with impunity invaded the airspace of the USSR detailed elaboration of plans for the nuclear bombing of the largest cities of the Soviet Union.

At that time, the USSR had no effective means of destroying enemy high-altitude and high-speed aircraft.

Aware of the magnitude of the impending danger, the leadership of the USSR at one time took vigorous and fairly effective measures to strengthen its air defense. Until now, the extremely tight deadlines for the creation of fundamentally new weapons — anti-aircraft missile systems, supersonic interceptor fighters, and also radar stations — cannot fail to be impressed. Already in 1955, the Berkut C-25 system was adopted, which solved the air defense problem of Moscow. Subsequently, in a short time, a whole range of effective air defense systems were created, which were equipped with subunits, units and formations of the country's air defense forces, air defense forces of the Ground Forces, Air Force and Navy.

The leadership of the USSR also took enormous efforts in the field of creating and improving means and systems of strategic deterrence — above all, nuclear weapons and their carriers. Tests of the atomic bomb in our country were carried out in 1949, and hydrogen in 1953. In the 1957 year, by launching an artificial Earth satellite and being ahead of the United States, the Soviet Union received a fundamentally new means of delivery - an intercontinental ballistic missile. As early as December 1959, the Strategic Missile Forces were created, the gradual increase in capabilities of which marked the end of the era of US nuclear monopoly and the invulnerability of their territory.

In the conditions of the ensuing rocket arms race, the leadership of the USSR also took vigorous measures to create a missile defense system. Her first successful tests by destroying the head of the ICBM were (for the first time in the world!) We carried out 4 March 1961.

Analysis of the already obtained and expected results of the work carried out in the field of creating the aerospace defense system shows that it is possible to achieve a significant increase in capabilities in the fight against aerospace attack weapons only by creating promising weapon systems, producing them in the required quantity and equipping them (troops) WKO tasks. However, this requires the solution of many scientific, technological and industrial problems, as well as the cost of considerable financial resources and time. That is why this work is under the authority and under the direct control of the Military Industrial Commission under the Government of the Russian Federation. We proceed from the assumption that the creation of the aerospace defense system can only be carried out in stages, as new knowledge is acquired, technologies are mastered and relevant economic conditions are formed.

Creating advanced weapons systems, producing them in the required quantity and equipping them with troops (forces) is impossible without defining the main guidelines of the military-technical policy, as well as clear and continuous control of all stages of this process. As the domestic experience of military construction in recent decades shows, reformist fever, an irrepressible desire to “move furniture” in the boss’s office, which has tended to replace the really important and important result, had an extremely negative impact on the quality of managing the weapons development process.

With the direct active participation of the command of the Troops of the East Kazakhstan region in the interests of building the aerospace defense system of the Russian Federation, a significant amount of R & D was set up in the State Armaments Program for the period 2010 – 2020 (GVR-2020), including both system-wide work of EKR .

Planned and ongoing work on the development of weapons models of the aerospace defense include a large list of research and development activities aimed at creating information, power (fire, jamming, etc.), control and support components that are part of the subsystems of reconnaissance and warning of aerospace attack, destruction and suppression , management and security.

In addition to modernizing existing and creating new tools and systems for aerospace defense, large-scale work is underway to prepare the industry for the production of modern technology, as well as to develop the infrastructure of the country’s territory in the interests of ensuring an efficient and reliable aerospace defense.

The elaboration of the issues of creating the aerospace defense system and its elements will inevitably go beyond the LG-2020. This is due to the exceptional complexity of the problems to be solved. At the same time, the development of weapons for aerospace defense should be coordinated with measures for the organizational construction of aerospace defense. The best conditions will be created when personal responsibility is assigned to one official for the organization of aerospace defense. This is due to the transience of events in the event of a sudden aerospace attack and the need to take instant measures to counter it and bring to the highest political and military leadership of the country all objective information about the outbreak of aggression.

At present, work is being completed on the formation of the VKO concern, which should include the main enterprises - the developers of the VKO system and its elements. This is necessary to maximize focus and increase the manageability of the development process.

A huge amount of work on the improvement and further development of aeronautical engineering and armaments must also be carried out through the Air Force. For strike aircraft, for example, we need new information support tools for the ground situation, as well as control systems. Moreover, these tools and systems should be developed in conjunction with the information support of rocket forces and artillery, missile systems and artillery of the Navy in the general system of destruction of critical objects of the aggressor. A no less difficult issue is the creation of the technical basis of the Far and Military Transport Aviation.

Thus, at the present stage of military construction, it is necessary to act systematically and consistently, concentrating efforts on creating the material and technical basis of aerospace defense and the air forces of the future. Only then will we be confident in the ability to repel an aerospace attack of a more economically powerful enemy and inflict irreparable damage on him in a counter-confrontation.

Ctrl Enter
Noticed oshЫbku Highlight text and press. Ctrl + Enter
We are
Not a single satellite escapes from the “System of Control of Outer Space”Space systems of the US military communications: analysis of the state and development
Military Reviewin Yandex News
Military Reviewin Google News
20 comments
Information
Dear reader, to leave comments on the publication, you must sign in.