"Syrian Academy of Jihad" and its Eurasian release 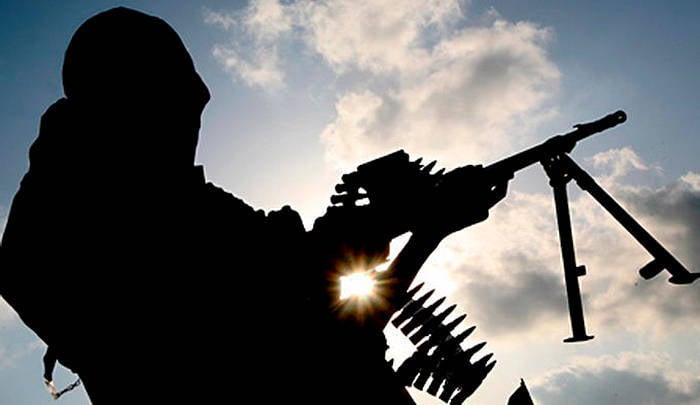 These days the most different information comes from the Syrian fronts. It is reported, in particular, about several dozen militants killed - this is the result of the operation of government forces conducted last week in several suburbs of Damascus. At the same time, the media resources of the Syrian opposition spread a message about the creation of a single command in the province of Kuneitra, which will henceforth be subordinate to the 30 groupings that have been operating independently until now. The goal is to divert government forces from militant troops who, in the last days of March, launched a number of daring attacks in the area of ​​the coastal city of Lattakia.

The situation there was so serious that the Syrian authorities even suspended the export of chemicals as part of a program to destroy chemical weapons. Now the export process has resumed, and the militants have suffered heavy losses and began to retreat. However, the very fact of an attack on government facilities in the Latakia region, traditionally considered the most loyal region by Bashar Assad, suggests that the militants are still able to present unpleasant surprises to official Damascus.

Against this background, the statement made by the Syrian government of Omran Zoabi, made by him on April 7, was optimistic. Its essence: the presidential elections in Syria will be held on time - despite the ongoing hostilities in some parts of the country. "No one and nothing can prevent the holding of elections on time," Saudi newspaper Al Hayat quotes Zoabi, "and we will not allow either to postpone or cancel them." Presidential elections in Syria are scheduled for July this year. Supporters of the current President Bashar Assad are confident in his upcoming victory and re-election for a third term. Opponents already call the upcoming elections a “parody of democracy” and doubt the possibility of ending the conflict.

Assad himself did not comment on his participation in future elections, but in a conversation with Sergey Stepashin, who discussed prospects for Russian-Syrian economic cooperation in Damascus, said that the active phase of the hostilities in Syria would end in 2014. And then, Assad said, the same thing will happen as for many years - the fight against terrorists.

Meanwhile, the fight against terrorists in Syria has ceased to be an internal affair of this country. The fact that hundreds or even thousands of foreign citizens are fighting there has not been disputed for a long time. No one disputes the fact that these foreigners pose a serious threat not only to Syria, but also to their countries. In the summer of 2013, the Washington Institute of the Middle East and the American company Flashpoint Global Partners specializing in the study of countering terrorism issued a very interesting report. In particular, it says: “Over the past 11 months, 280 militants from various states, including 16 Russians, who fought on the side of the opposition, have been killed in Syria. The overwhelming majority of them were members of the Djabhat al-Nusra terrorist group associated with Al Qaeda.

The report further states that five of the Russians from 16 arrived in Syria from Chechnya, four from Dagestan, seven from other regions of the Russian Federation. Not long ago, “However,” he wrote about a former Dagestan policeman, who literally took off along the hierarchy and very soon became the commander of the Syrian militants. He was distinguished by such ferocity that the Arabs breathed a sigh of relief when the ex-militiaman went to Turkey for some reason and went to prison there. Unfortunately, there are no complete statistics on foreign fighters in Syria. But even the scattered facts suggest that the conflict in a Middle Eastern country threatens the security of states located thousands of kilometers from Damascus.

But quite fresh information. At the end of March, a meeting was held at the Ministry of Internal Affairs of Kyrgyzstan on the situation in the Osh region. Its participants noted that more than 15 people went to Syria from this region only for the war. Another 17 man left for Syria from the Batken region. Again: this is very approximate data, most likely, the real numbers are much higher. As a rule, that a person went to war will be known only if he himself informs his relatives and friends about it. Either relatives will learn about his death from third parties, or, as sometimes happens, from messages on Internet sites of a certain direction.

By the way, the recruitment of young people into the ranks of militants, as a rule, also takes place via the Internet. Militiamen admit that they are practically powerless here: it is impossible to control the entire global network, besides jihadist sites are multiplying like mushrooms. Recent история with the disappearance of a whole group of Kyrgyz teenagers 12 – 16 years, it seems, from this series. According to one version, they allegedly went to study in one of the Arab countries, but knowledgeable people are convinced that the teenagers went to war. They are going to fight both according to their convictions, and to escape from the troubles of life. In February, a resident of Osh, having quarreled with her husband, disappeared along with three children. Some time later, she sent a text message from Turkey, in which she reported that she was going to jihad in Syria.

If you look at the situation from the point of view of the national security of Russia, the participation of citizens of Kyrgyzstan in the hostilities in Syria is no less a threat than the participation of Russians in the Syrian conflict. The Kyrgyz diaspora in the Russian Federation is one of the most numerous, and getting from Kyrgyzstan to Russia is much easier and cheaper than to the Middle East.