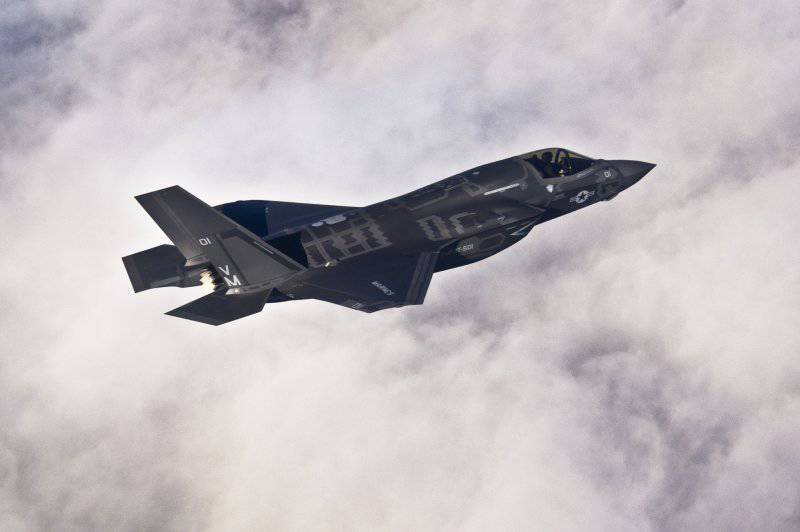 The US Department of Defense approved the first transatlantic flight of the F-35 fighter developed by Lockheed Martin to participate in two air shows in the UK, which will be held in July not far from London, 16 reports in April news.yahoo.com referring to statements by American and British officials.

“The United States and the United Kingdom have worked closely in the F-35 program since its inception. This is a fifth-generation stealth fighter that will go into service with the British military aviation and it’s logical that the F-35’s international debut will take place in the UK, ”said British Secretary of Defense Philip Hammond.

The appearance of the fighter in the UK will attract the close attention of potential buyers, including Canada and Denmark, who have been involved in financing the development of the aircraft, but are currently reviewing their procurement plans.

F-35 proponents say that the upcoming debut reflects growing confidence in the success of the program worth 392 billion US dollars, but skeptics claim that the plane still faces problems in developing the software necessary for integration weapons on the fighter.

The UK was the first foreign participant in the program, invested $ X billion in the creation of an aircraft, and plans to buy 2 machines.

Pentagon officials say the challenge is to reduce the cost of the aircraft from the current 112 million to the 80 million by the 2018-2019 years. But on Tuesday, the Pentagon warned that if Congress did not change the course of military spending cuts, in 2016-2019, the number of fighters purchased could be reduced by 17 units.

According to current plans, several air fighters of this type are expected to participate in the airshow, among them will be at least one of the three F-35Bs built for the UK, which will be piloted by a British pilot. It is reported that the United States and the United Kingdom will conduct a full range of measures for the safety of aircraft flights.

In 2011, Airbus was forced to abandon the demonstration of the A400 military transport aircraft at the Paris Air Show, when problems occurred with the gearbox in one of the aircraft’s powerful turboprop engines.

The Pentagon said that during transatlantic flights and participation in airshows, logistics and aircraft maintenance, an air refueling system and operational safety outside the United States will be checked.