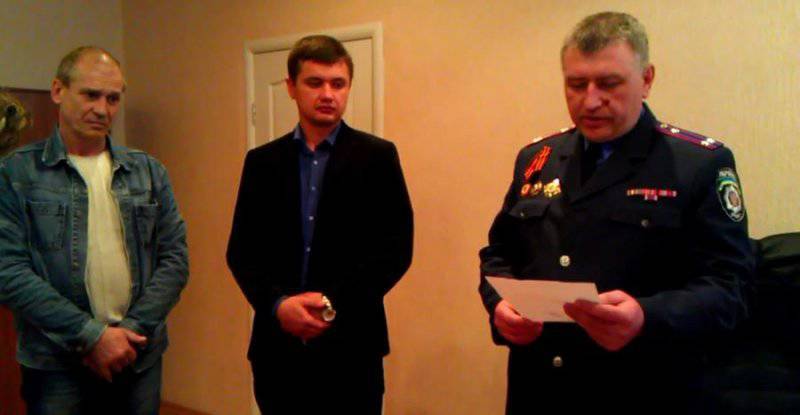 “I, Lieutenant Colonel of the Police, Alexander Shulzhenko, I recognize the Donetsk People's Republic, I undertake to maintain law and order, protect state and private property, I undertake to lead an honest lifestyle,” Shulzhenko read to the camera.

On the eve of the media reported the abduction of the acting head of the city, Alexander Sapunov, who was chosen for this position by the protesters. Information about the abduction and. about. mayor confirmed his wife. Supporters of Sapunov have already filed an application with the police and are taking independent measures to find him.

Recall, April 4 protesters from among the supporters of the federalization of Ukraine took control of the building of the city hall of Gorlovka and appointed new mayor of Alexander Sapunov. Above the city administration building a flag was hoisted Donetsk People's Republic.