Our answer to Chamberlain

April 18 2014
96
President Putin spoke yesterday with the citizens of his country and answered their questions. And most importantly, he answered questions from the West. And, let's hope, deprived the West of the last illusions in their desire to "punish and put Russia in place." 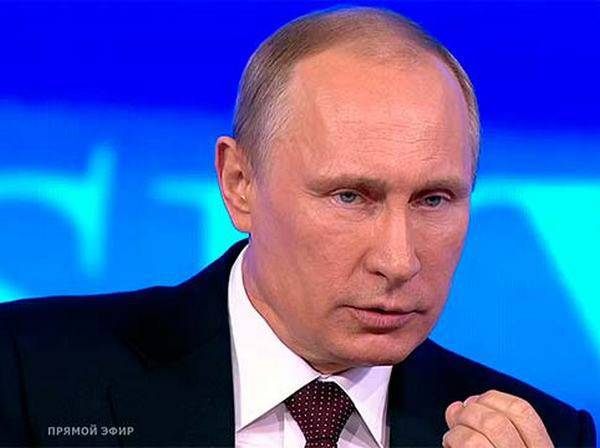 Quietly, without hysteria, which is often observed recently in our “partners”, Putin answered the questions of his fellow citizens.

What did this communication show?

Secondly. Russian citizens are worried about the situation in Ukraine. Very worried. And a very large number of citizens. From different regions of a huge country.

Thirdly. The vast majority of citizens of a huge country support their president. And some people even have the audacity to demand more radical measures against the authorities of Ukraine and even the West.

Fourth. President Putin does not intend to “hang out” with Western leaders, still considering them as partners. Obviously, even with Mr. Rasmussen, if necessary, he is ready to meet if Mr. Rasmussen before the meeting undresses to the underwear before the guard of the President of the Russian Federation. Well, or at least turn out his pockets.

Fifth. The president of Russia has the approval of the parliament to introduce troops into the territory of Ukraine. He really hopes that this will not happen. But if you need ...

Ctrl Enter
Noticed oshЫbku Highlight text and press. Ctrl + Enter
We are
About Stalin and KhrushchevWhat you didn't want to know about England
Military Reviewin Yandex News
Military Reviewin Google News
96 comments
Information
Dear reader, to leave comments on the publication, you must sign in.