April 18 2014
23
A little more than a month ago, the press service of the Ministry of Defense reported on the plans of the department concerning various security systems. It was alleged that before the end of the current 2014, the strategic missile forces would receive new equipment designed to protect strategic facilities. In addition to other equipment, troops will receive robotic systems. In March, the Strategic Missile Forces began exploring the prospects of a new system of this class - a mobile military robotic complex of the military-purpose MRK VN. 16 April, the Ministry of Defense announced that tests of this promising system should start soon. 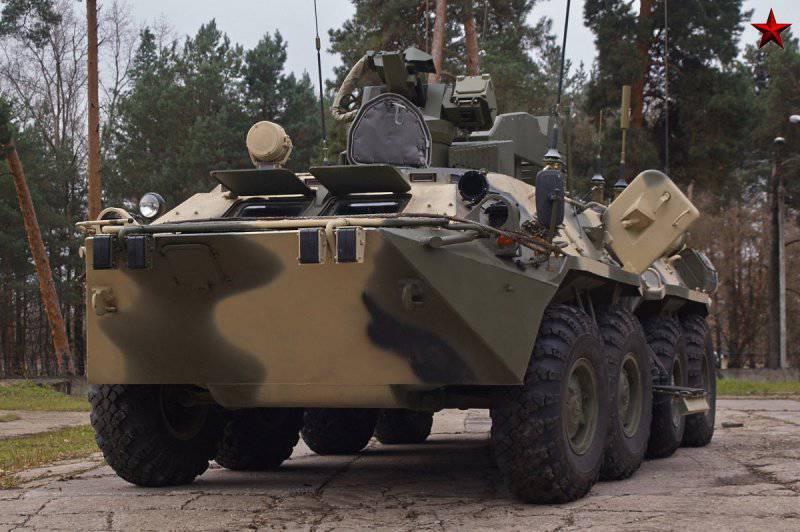 On April 21, the strategic rocket forces will conduct complex tests, within the framework of which the work and interaction of several types of new equipment designed to protect important facilities and mobile missile systems will be tested. At the landfill, the Tayfun-M military anti-sabotage vehicle and the IRK VN robotic complex will operate simultaneously. In addition, an unmanned aerial vehicle will be used in tests. During the tests, the crews of the vehicles and the operators of the complexes will perform the training task of detecting and destroying the conditional enemy - the sabotage and reconnaissance group. 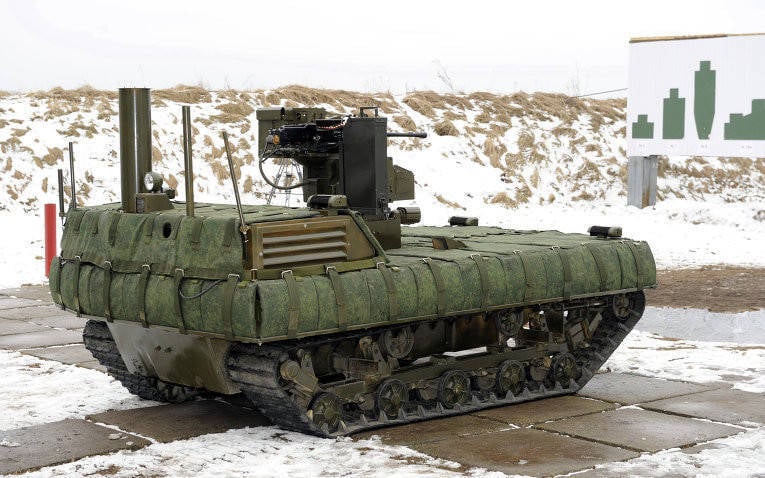 According to published information, the tests will last two days and will be divided into two stages. On April 21, the crews of the vehicles and the operators of the complexes will take part in trials at the Serpukhov Military Institute (a branch of the Military Academy of the Strategic Missile Forces named after Peter the Great). On April 22, training shots are planned, the ground for which will be the FSUE “TsNIITOCHMASH” firing range in Klimovsk. During the second stage of testing, it is supposed to test the firing characteristics of the newest vehicles for strategic missile forces.

Combat anti-sabotage machine (BPDM) "Typhoon-M" is designed to ensure the security of the Strategic Missile Forces and units armed with mobile missile systems. The combat vehicle is based on the BTR-80 armored personnel carrier and carries a set of special equipment. The equipment set of the Typhoon-M machine makes it possible to monitor the environment and to detect potentially dangerous objects in a timely manner. It is known that Typhoon-M BPDM is equipped with an optical-electronic surveillance system with a thermal imager. In addition, the presence of a radar system is not excluded.

The surveillance systems used allow the crew of the vehicle to monitor the situation within a radius of several kilometers. Detection of armored vehicles of various classes is provided at distances up to 6 kilometers, of a person - up to 3 km. To increase the controlled area can be used light unmanned aerial vehicle equipped with means of observation. It is known that the machine "Typhoon-M" carries a system of electronic warfare, designed to suppress the explosive devices controlled by radio.

A remotely controlled combat module with a PKT machine gun and ammunition is mounted on the roof of the Typhoon-M BPDM. Such a weapon allows the anti-sabotage machine to carry out self-defense, as well as attack detected enemy saboteurs at distances of up to several hundred meters. If necessary, the crew can transfer information about the detected targets to another unit, which will deal with their neutralization.

There is still very little information on the mobile military robotic complex of the ICS VN. According to official data, the complex was designed by the Izhevsk Radio Plant specifically for use in strategic missile forces. It is assumed that the VLR HSC will be used by units equipped with Topol, Topol-M and Yars mobile missile systems. It is argued that the new robotic complex is capable of conducting reconnaissance and surveillance, as well as carry out the tasks of patrolling and, if necessary, destroying various targets.

To monitor the situation, the VLR IRS is equipped with optical-electronic and radar systems, which allow the detection of various objects in all weather conditions and at any time of the day. Declared the possibility of working in semi-automatic and automatic mode. Features of this work have not yet been announced. It is known that the complex can operate at a distance of 5 kilometers from the operator.

Unfortunately, at the moment there is only one photo of the complex IRK VN, however, it also allows you to understand the general features of the appearance of the car and present its approximate features. Fighting vehicle IRA VN based tracked chassis, apparently designed specifically for her. The running gear of the machine has five double support rollers, two supporting rollers, leading (in the rear part) and a steering wheel on each side. The type of power plant is unknown, probably using a gasoline or diesel engine.

In the central part of the body there is a combat module with a machine gun and a set of sighting equipment. The existing prototype carries a PKN machine gun of the 7,62 caliber, but the weapon attachment system may allow the use of other types of weapons, including a large-caliber machine gun or an automatic grenade launcher. In addition, some elements of the design suggest that the ISC VN carries several cameras to monitor the surrounding space.

As follows from the available information, the mobile robotic complex IRK VN should complement the Typhoon-M anti-sabotage machines. This complex is also capable of observing the terrain and, if necessary, to attack targets. Due to the smaller dimensions, the HVR ICC carries a less complex set of equipment, due to which this complex has less potential and not so wide possibilities. Nevertheless, the machine "Typhoon-M" and the complex IRK VN is supposed to be used together, which should provide greater flexibility of application.

According to the results of tests of 21 and 22 of April, a document may appear recommending a complex of high voltage switchgears for adoption. As reported in March, in 2014, the Russian strategic missile forces should receive the latest systems to ensure the safety of stationary objects and mobile missile systems.

Ctrl Enter
Noticed oshЫbku Highlight text and press. Ctrl + Enter
We are
The Ministry of Internal Affairs of Russia will receive a robotic complexes "Sphere"The action “Military service under the contract is your choice!” In Rostov-on-Don: future contract servicemen, exhibitions and “Russian Knights”
Military Reviewin Yandex News
Military Reviewin Google News
23 comments
Information
Dear reader, to leave comments on the publication, you must sign in.